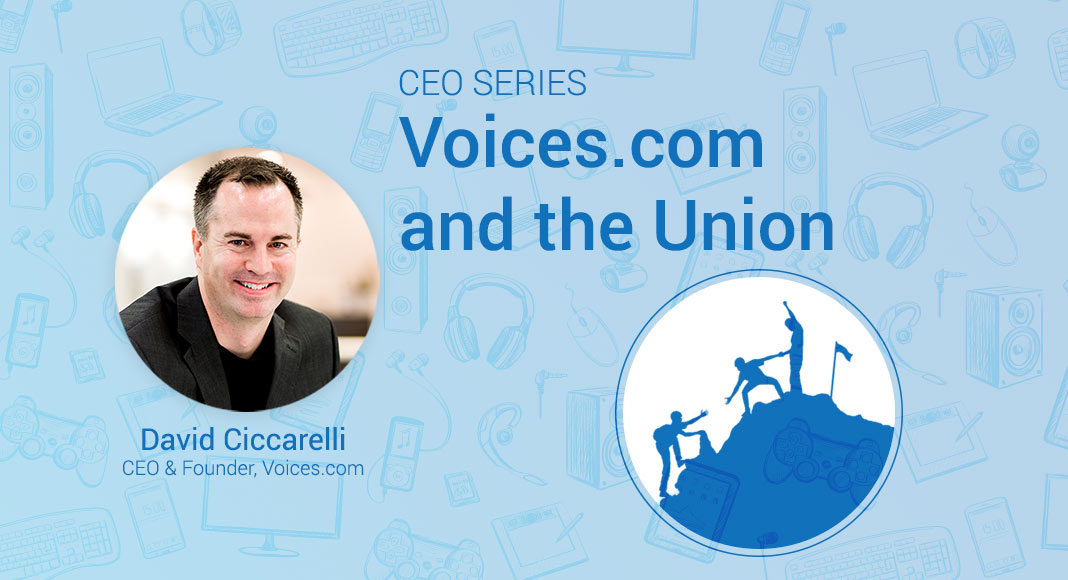 The following is the second in a series of open letters from David Ciccarelli, CEO and Co-Founder of Voices, discussing Voices’s products and services, as well as the company’s vision for the future.

As the co-founders of Voices, over the last decade both Stephanie and I have appreciated the important role that unions have played in the industry, be they the Screen Actors Guild (SAG), the American Federation of Radio and Television Artists (AFTRA), or the merged entity of SAG-AFTRA.

The role of performing unions extends around the globe to the Alliance of Radio and Television Artists (ACTRA) in Canada, and EQUITY in the UK. There are many other groups – too many to list here – who all play an important role in hiring and compensating performers for productions of various kinds.

We aim to honor this heritage.

Connecting Actors with Work, Whether They Are Union or Non-Union

Voices is the largest voice over marketplace in the world, completing hundreds of thousands of jobs for clients in 139 countries, working with professional voice actors who speak more than 100 different languages and dialects.

Historically, the voice talent we worked with have, for the most part, been non-union. Over time, however, and particularly as we’ve grown, we realized that excluding any portion of the voice over community – whether that’s a particular spoken language, those who hailed from a particular country, or, in this case, voice actors belonging to a union (and the agents representing them) – resulted in limiting their opportunity for work.

Moreover, considering Voices interacts with clients from all over the world, these immense international opportunities were not being made available to union voice actors.

Through our recent acquisition of Voicebank.net, we’re excited to be able to participate in that space, and continue to better serve the needs of both our talent and client customers.

With respect to talent agents, Voices sees union voice actors and talent agents as inseparable. Agents provide a valuable service to both the talent they represent and the clients they work with, and we are excited to welcome them as new customers and members in our community.

Voices has enjoyed a harmonious, ongoing relationship and open communication with SAG-AFTRA, ever since meeting in-person at their headquarters in New York City.

In short, Voices and SAG-AFTRA will continue close communication, as they are the  official organizing body of the arts and entertainment industry.

Voices is excited to better serve all voice over needs for our global network of clients. We invite union voice actors, through their agents, into our community, where hundreds of thousands of opportunities for work exist.

Note: To read other articles in this series, see Voices CEO, David Ciccarelli: An Open Letter On the Acquisition of Voicebank.net 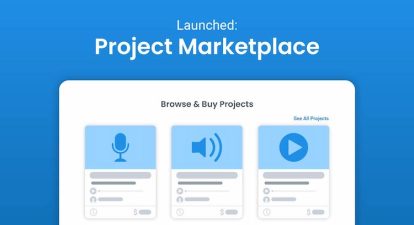 Announcements
Introducing Project Marketplace: A Letter from our CEO

Nearly 20 years ago, we launched Voices with a simple goal of helping aspiring voice over talent get work and providing clients with access to talented voice... 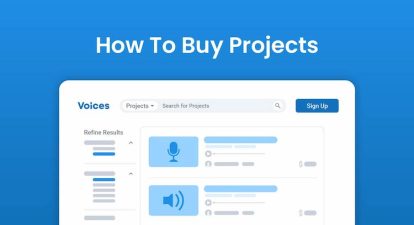 Announcements
How to Hire on the Project Marketplace