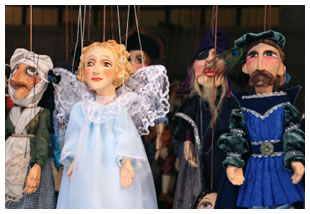 How To Keep Characters Straight When Reading Multiple Roles

When you’re reading for a project that involves multiple voices and drastically different characterizations, how do you keep all of those voices straight while maintaining a steady read as each word dances off the page?

Hear about several techniques that professional voice actors use to distinguish character voices when reading in today’s VOX Daily.

In the Voice Acting Hub, I happened to come across a question from Brian Rollins that reads:

“When recording a novel (or any story with multiple characters), do you make notes or marks to differentiate the characters? I’m using different colored highlights for the short stories I’m doing (about four to six characters with dialog) but I wonder how you would tackle something bigger.”

This got me thinking and I posted a status on my own Facebook page asking for tips from people who could provide insight and practical tips.

How Do You Differentiate Characters?

There are many different ways you can go about this as the comments below will show. The primary methods appear to include:
à¹ Highlighting
à¹ Annotation
à¹ Hooks
à¹ Physicality

Maggie Mustico has mastered the art of organizing characters, sharing “I did an audio book that had 34 different voices including the narrator (Pixie Warrior). I would go through each chapter and write down who was in the chapter that had lines, then I would go and distinguish each character by highlighting main characters and then went to a large box of different color markers and underlined where I couldn’t highlight or I put a dash next to the line.

I also had my cheat sheet of colors to characters. I was lucky that each chapter would at the most have between 4-10 voices at a time. Before I sat down to record the book. I would figure out each voice, record a few lines for that character and save it as sample file so when I needed to do that voice I could go and listen to my sample file and recreate it.”

John McLain uses a couple of different methods to differentiate characters but finds that his usage of these techniques depends on the complexity of a passage, noting, “If a passage has a lot of non-attributed dialogue, I will highlight and/or annotate. But for short, well-attributed passages with just a couple of characters, I typically don’t need to. It just depends on the writing.”

Bob Derro takes a slightly different approach. “I use a variety of ‘hooks’ which work well for my brain. Everybody’s brain works differently at recognizing text variation. Try it…you’ll see. No one easily understands my printing or writing however my brain gets it. When I hit a challenging spot in a script I write it out, then coordination between eyes, brain and mouth is automatic. If I have a text problem in reading flow or a stressed word is needed I will add a stroke line before and after the word. Automatically it stands out and after reading it aloud a few times the brain accepts it as a normal sentence without hesitation on that word. Some people ‘stroke’ entire sentences. What ever works for YOU is all that matters.”

Melba Sibrel gave some great tips and even included how she goes about developing how each one of her characters sound. Melba writes, “When developing the sound for various characters, I use the old acting trick of picking a phrase from each character’s lines and using it as a touchstone, to create a sound memory of how that character talks. Letting a physical attribute accompany it also helps me — a hand motion, head lean, facial tic, even sometimes holding an object…developing the characters physically will lead to their unique sounds. For reference I record each character voice in a separate file and listen to them just before reading the chapters in which they appear. I don’t mark the manuscript to delineate unattributed characters’ lines. I think doing so would throw me off.”

Voice acting, while performed behind the microphone, doesn’t have to be limited to just movement and fluctuation regarding your voice. Josef Loewinsohn is all about getting his whole body into the read. He writes, “Body, body, body. I can hear one of my favorite voice coaches yelling to the class ‘It’s NOT just a talking head!’ so I create a complete character for each voice, complete with body/facial movements unique to THAT voice (sometimes even jobs, point of view, catch phrase, etc.), that way I can stay in character and not accidentally ‘blend voices.’ This really helps if you need COMPLETELY different sounding voices in the same recording session.”

Diane Havens internalizes the characters she voices combining both physicality and their back stories, sharing “I work in a similar way to Melba and Josef. I try to completely visualize and physicalize the characters, become them when I reach their parts, and use a stance, expression or gesture unique to them to cue myself into them. Creating complete back stories on even minor characters helps — and then even similar type characters end up sounding different — at least to me.”

How Do You Differentiate Characters?

If you have a lot of experience creating character voices that are distinct, I’d love to hear from you! Anyone involved in narration, interactive and character voice acting work likely has a lot to add here…
Looking forward to hearing from you,
Stephanie
Â©iStockphoto.com/Marcus LindstrÃ¶m 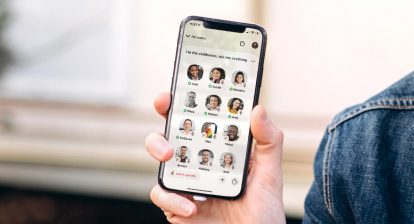 Audio
Clubhouse for Marketers: Using Social Audio to Speak to Your Audience

Brands are using social audio platforms to reach their listeners in new and authentic ways. Here's how to use Clubhouse for marketers. 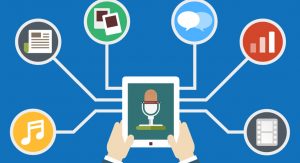