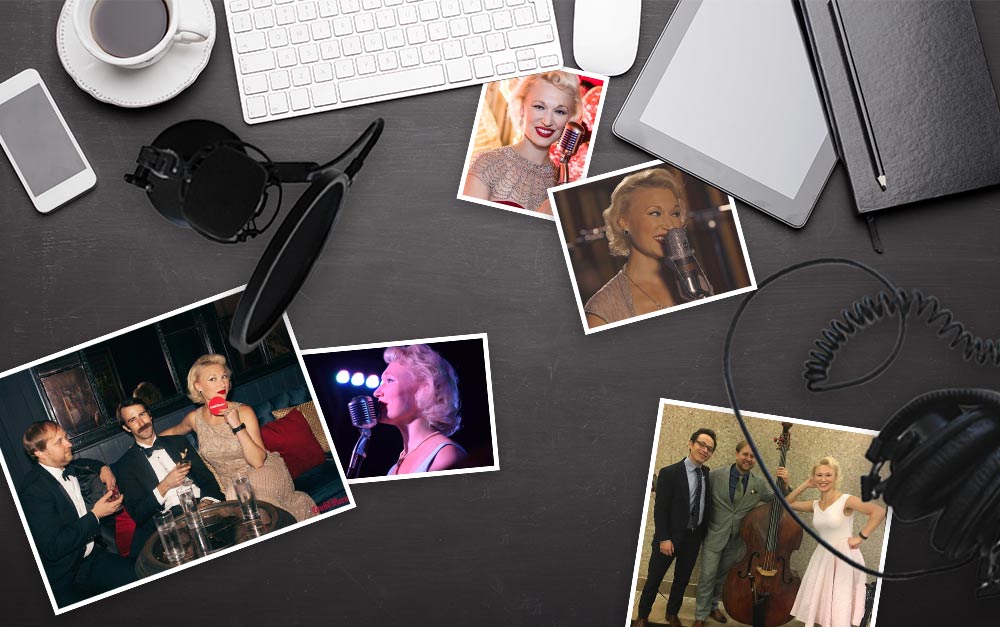 as a professional voice over artist

Voices.com in 3 words: “We’ve grown together!”

“The magic of working in voice over is in how many different stories I get to tell, how many characters I get to invest in, and how many different audiences I am able to reach, all from my little closet at home. Voices.com has been the path to making my dream my day job!” – Allyson Briggs, Professional Voice Talent

Allyson was enamoured with music from a young age. After a highly musical childhood, her passion for the power of the human voice brought her to New York University where she trained for a career in voice over.

“I fell in love with voice over watching Robin Williams voice the Genie, and many other characters, in Disney’s ‘Aladdin.’ I was inspired by how many characters one person could play in secret, from a booth, without the audience knowing what you look like or who you might be.”

Her vocal versatility has cultivated a diverse resume that features a vast array of voice over clients and projects. To date, perhaps the project that has best showcased Allyson’s range has been the aptly titled 16-character audiobook, “The Chameleon” by Merrick Rosenberg.

After graduating from Tisch School of the Arts in NYU, Allyson’s polished vocal abilities made it clear she had found her calling in her chosen career path – a hybrid of voice over work and music.

Though her natural voice over talent garnered rave reviews and validated her decision to work in the arts, finding and organizing steady work proved to be a demanding process.

“I was exploring and training for a career in voice over while I was at NYU, and once I graduated, things really took off. However, without something like Voices.com, the learning curve of perfecting my home studio and getting into a consistent workflow with clients was a challenging one.”

While Allyson’s affinity for voice over organically attracted a few clients, she knew in order to go full time she had to take her career to the next level.

Since joining Voices.com in 2013, Allyson has been able to become a full time voice over artist. She auditions consistently and has booked over 130 jobs, working with many internationally recognized brands, including American Airlines, Samsung, Tropicana, and GE.

Allyson’s warm, intelligent sound has made her a highly sought after choice for phone greetings, technological scripts, and tutorial and explainer videos. One such project of Allyson’s, an explainer video booked through Voices.com for Zurich-based health and tech company dacadoo, has been viewed more than 552,000 times!

Allyson’s remarkable linguistic prowess has helped her to create a wide range of character voices. She can easily switch between voices for characters young or old, male or female, and can record in English, French, German, and Spanish. Recently, Allyson created several unique voices for the award-winning multi-character iPad game, “Match & Learn the Greek Gods” by Pepita Demas.

Whether she’s singing in seven languages with her band, Fleur Seule, or lending her voice to any number of voice over projects, Allyson’s unique talent is sure to impress.

“I wanted to go full time with my voice over career and Voices.com allowed me to do just that. Once I switched to a Platinum membership, I had access to so many new clients and jobs!”

For Allyson, the ease and speed of communication on the Voices.com platform has allowed her to stay on track with project deadlines and further strengthen the relationship with her valued clients, benefits that will allow her to continue to find success.