Amber’s story on how she discovered voice acting and fell in love with the profession. Family, flexibility, fulfillment and full-time: These were the four ‘F’s that led Amber Musser to become a voice actor.

After graduating from high school, Musser felt the pull to the City of Angels and moved with a group of friends to Los Angeles, California where she spent the next decade.

It was in Hollywood where she met her husband.

The couple decided to move to West Virginia, where her husband was from, to raise their children in Wheeling, WV.

Some may think a successful voice actor needs to live in a major city, but for Amber it was the opposite.

“When my husband and I started our family, it was important to both of us that I stay at home with the girls when they were very young, knowing that I would return to the workforce when they were both in school full time,” Musser shared.

“When that time came, I looked around and said to myself: ‘What work can I do that enables me to be creative, and be there for my daughters in a full-time capacity?’.”

Musser first started acting as a child on stage, and later moved into film work as opportunities

presented themselves. This desire and dream to perform was put on hold for a few years, until Musser was ready to reenter the workforce, and stumbled across a friend’s post on social media.

She recalls seeing her friend Amanda Sellers’ social media posts about her voice over career, and shortly after reached out to her to learn how to get started.

It wasn’t long after that she built her first recording booth in the corner of the basement, and started auditioning.

It didn’t take long for her to catch on either.

“I booked my first job two days later and have been working ever since,” Musser recalls.

She started her company, Bluebird Media, LLC. a few weeks after (they have since incorporated). Later that year, she converted her corner booth into an isolation room. She then added a few more microphones, and an Apollo Twin to her setup, along with Source Connect, Adobe Audition and Pro Tools for DAW.

“It’s been an exciting three years and I love watching my voice over business grow and thrive.”

The importance of connections and going off leads from trusted colleagues to land work is integral for successful voice actors, Musser says.

“About this time last year, I received an email from the father of a friend of mine from high school. He is an artist, and is working on animating a series of comic books he illustrated for a client of his,” Musser said.

“Seeing my social media posts about working as a voice actor, he reached out to me to audition for the series. While they ultimately went with another actor for the role, it still astounds me that although we hadn’t spoken in almost 20 years, and he remembered me and reached out. The importance of each connection we have is vital to finding opportunities in the entertainment business.”

“I have been a Voices member since 2019 and have found the platform to be fantastic. As an independent contractor, I appreciate that clients are able to pay the platform directly, which takes the burden of collections off the shoulders of the voice talent.”
Voice Actor Amber Musser

Musser said there are several female voices that have influenced her voice and delivery style but the most influential female voice for her actually remains a mystery.

“It’s kind of funny. I don’t know the name of the person whose voice has inspired me throughout my voiceover journey,” Musser jokingly reflects.

“She voices the commercials for Oprah’s Super Soul Podcast, and has the most conversational, real, and compelling delivery. If I ever need inspiration, I think back to her work and get recording.”

Musser also loves to listen to current commercials and campaigns and find myself inspired by them frequently. Tress MacNeille (‘Tiny Toon Adventures’, ‘Chip ‘n Dale: Rescue Rangers’ and Daisy Duck) and Nancy Cartwright (Richie Rich, Fat Albert, Alvin and the Chipmunks, The Simpsons, Kim Possible and Goof Troop) have been her animated voice over idols since childhood.

When Musser isn’t hunkered down in the booth, she loves spending time with her daughters, husband, and pets.

“We’re an active family and we love doing activities such as yoga, making music together in our home studio, playing catch and rock climbing,” she explained.

The Musser family also loves hosting their friends and extended family at their West Virginia home.

Musser and her husband also collect and cultivate bonsai trees, and make their own bonsai pottery within their home. The bonsai business is called Lofi Bonsai and you can follow along on social media @LofiBonsai.

Musser says while she does still do on camera work for her agency, voice acting is a fulfilling medium for performing and entertaining audiences.

“Voice acting is very fulfilling to me. It is such a wonderful opportunity to connect and create with total freedom, as there is no pressure to appear any certain way,” she says.

“I love letting go, and creating with just my voice. It is an artistic experience all its own.”

Musser noted she’s had a few wow moments for a few voice over projects.

“As well as my incredible repeat clients, such as Etta, whom I have had the pleasure to work with 14 times so far. Every job is special in its own way, and I am proud of all the work I have been able to participate in as a Voices.com member.”

As for how the rest of her bookings have been going for 2022, Musser says there’s been so much positive momentum.

“I booked my biggest job to date in the first week of January, and followed that up in March with my biggest commercial job to date,” she said.

“So far this year, I have booked AI work, commercial work, radio ads, informational work, and for the first time, a fun informational loop to be played in a medical office.”

While working from her home studio, Musser has been able to do voice over work for some major brands and campaigns.

Recently, she was able to participate in an AI voice project, which she says, “was a dream come true for me”.

180,000 words of internal content later and she had contributed to the Amazon Polly project.

“I have also been fortunate enough to participate in an animated series called ‘The Curious Cook’, in which I play farmer Anna. It is a food education series for kids, a subject that is near and dear to my heart,” she says.

She also had to test her verbal flexibility in a professional recording studio in Pittsburgh.

“I was creating an edgy and futuristic ad with a client, when they mentioned they wanted to try having me speak backwards,” Musser said.

“The goal was to use the backward vocals as a layer to give the ad more depth and fill out the background sounds a bit. The engineer played back some of my dialogue backwards, and I mimicked the sounds. It was a creative stretch and so fun to try a new technique. The finished ad was so cool. I loved the way they incorporated the backwards speech, and what it added to the finished piece. Plus, I learned a new skill that day.”

with the platform for over a decade. She reached out to her friend for advice on how to get started in voice acting and serendipitously, she had just co-created a program called ‘The Voice Over School’, which outlines the process of getting started as a voice actor, and how to navigate the Voices platform.

“I have been a Voices member since 2019 and have found the platform to be fantastic. As an independent contractor, I appreciate that clients are able to pay the platform directly, which takes the burden of collections off the shoulders of the voice talent.”

Musser closed with some words of encouragement for aspiring voice actors.

“If you feel a sense of drive and curiosity about voice over, explore the options that are out there for you. Voices offers such a wide variety of auditions, there really is something for everyone.”

You can connect with Amber Musser here:

If you’re ready to dive in and find those voice over jobs, sign up for a Voices Premium account today. 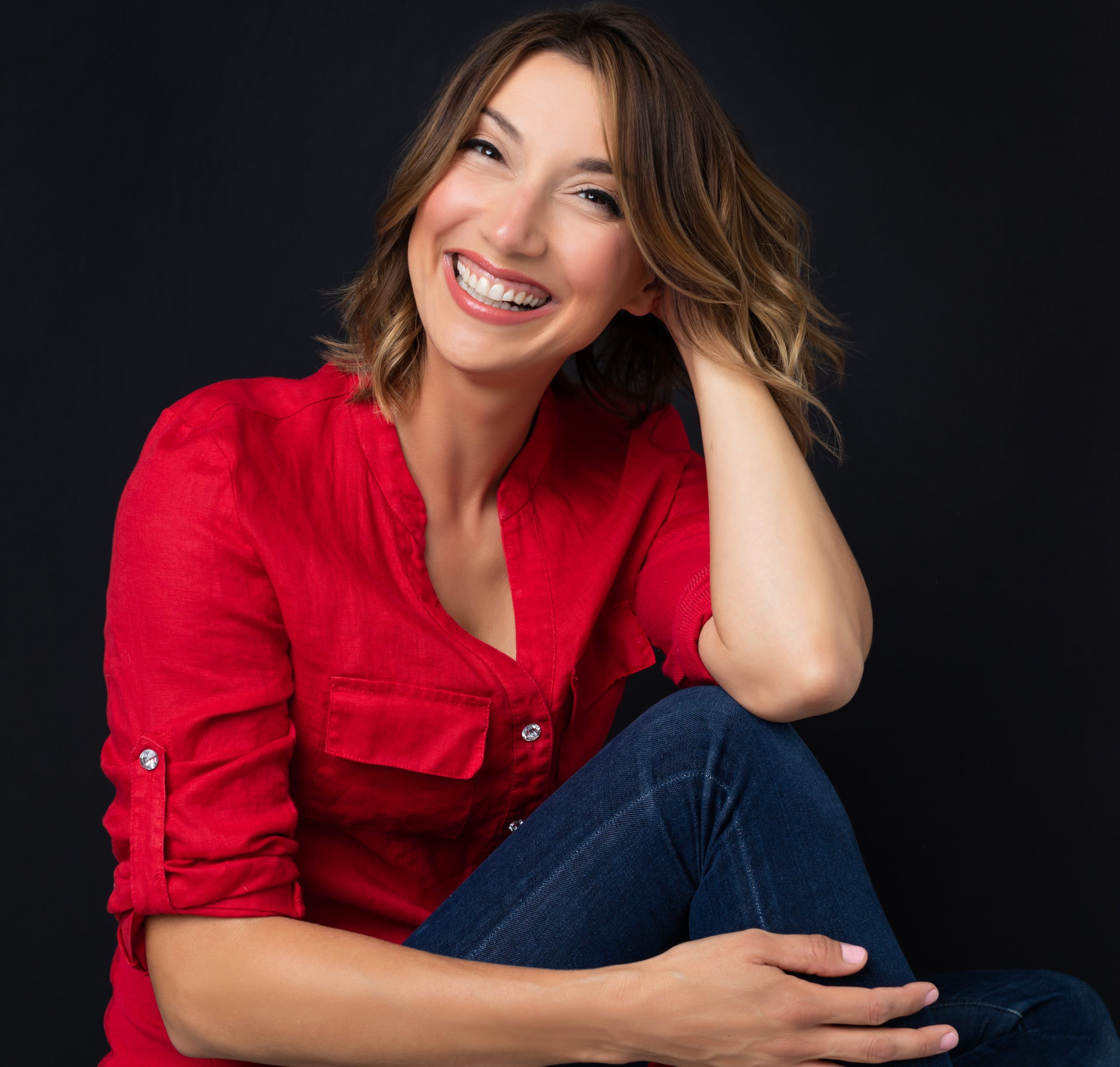