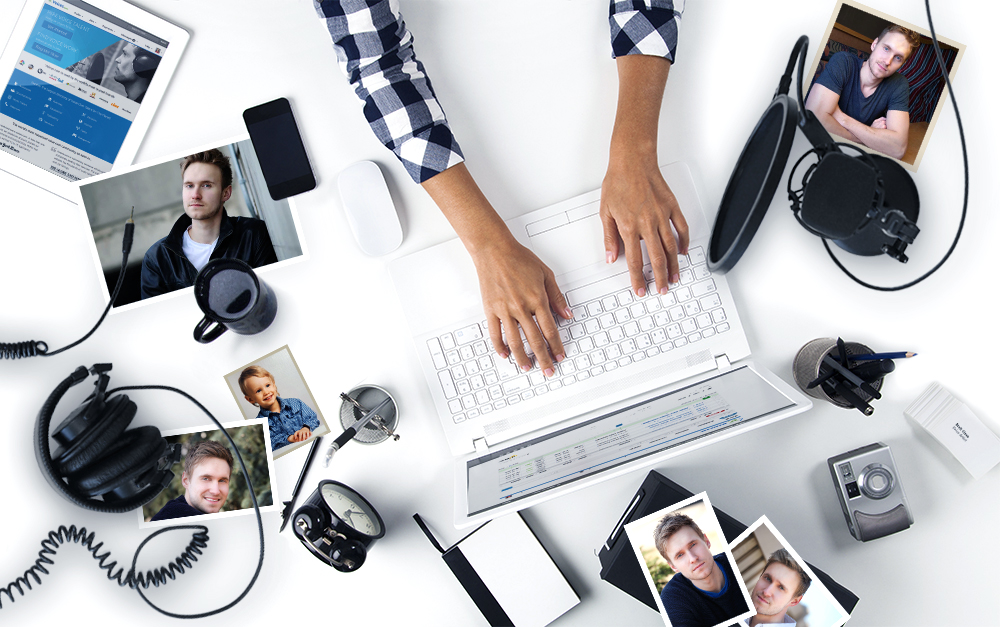 on Voices.com per week

“Voices.com helped me in numerous ways! But the most important things for me were all the newfound access I had to great opportunities, and the confidence that daily auditions gave me.” – Brett Olsen, Professional Voice talent

Brett Olsen is an actor and voice artist, and has been in the industry for the past 7 years. Recording from his home studio in a small city called Grande Prairie in Alberta, Canada, Brett often flies out for his onscreen work. Some of his top clients include YouTube, Google, A&W, and Budweiser.

Working in an industry that allows him to work from anywhere has opened a lot of doors for Brett.

“I have been pretty lucky to find representation in bigger centers that let me just fly in when I want” he says.

In his spare time, when he’s not auditioning or working on a big project, you will most likely catch him in the pool working on his backstroke or just hanging out with his friends and family.

The first day after graduating from American Broadcasting School, Brett decided to sign up on Voices.com. That was his first stop in trying to find industry work, thanks to some helpful advice from his coach.

“Finding work before Voices.com? The truth is that I wasn’t.”

“I was told about Voices.com from my Vocal Coach Ron Smith. He told me that a good first step for any voice talent would be to start auditioning on Voices.com.” says Brett.

After signing up, Brett auditioned for just one project in an effort to get his feet wet. To his surprise, he woke up the next morning to find that he had gotten the role of the voice of the International TV Channel called Shorts HD.

Soon after, Brett quit his day job as a sports bar DJ, though still unsure if he would be able to find success in the industry.

“You just never know for sure if you will make it.” says Brett.

Brett has completed several impressive projects with Voices.com. However, one of the most notable for him was when he was cast as “The Voice Of YouTube.” That booking lead to about 30 different videos for Google and YouTube for Brett.

“The site helped me get projects done easily and efficiently while also making sure that I would receive my payments after the project was complete. That doesn’t always happen!”

Outside of Voices.com, Brett has worked with US production powerhouse Fremantle Media, which produces shows like American Idol, The X Factor, and Family Feud.

Brett’s self-professed biggest win in his career would be that he has been able to do voice-acting full time.