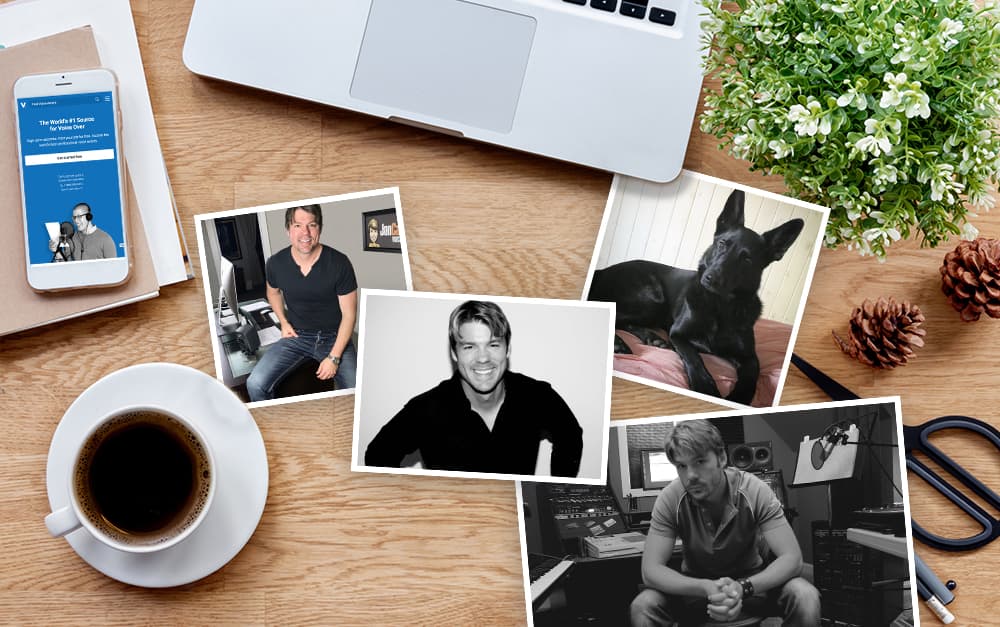 as a voice actor

“Voices has given me the opportunity to be exposed to so many varied voice over jobs that I may have otherwise missed. It’s a structured system that provides you the tools to get consistent exposure in the industry. Also, the staff at Voices works hard to communicate effectively and give you all the tools you need to work at your highest level.” – Jon Carter, Professional Voice Talent

Jon Carter has always believed in the power of the human voice. Having earned a Bachelor’s Degree in Media Production from the University of North Carolina at Greensboro, Jon offers his clients the options of music and production in addition to immaculate voice over services. With a bright, warm, and welcoming tone, Jon makes each project unique and delivers the perfect fit to match his clients’ needs.

Jon is committed to providing an easy and stress-free experience, and has lent his voice to projects by CNN, Comcast, Time Warner, Gillette, Lexmark, ESPN, Direct Buy and North Carolina Lottery.

Jon’s interest in audio and recording started at a young age, when his parents gifted him his first Technics 1200 turntable, a mixer, and drum machine. That love for making music soon helped him find his way in to the radio industry.

Jon worked for various radio stations while attending college and went off to pursue the career full time for thirteen years after graduating. He gained invaluable experience in radio broadcasting, which soon led him to the exciting field of voice over.

In 2006, Jon went full time as a voice talent and has never looked back since.

Curious to learn about the various aspects of actually running and growing a business, Jon experimented with many things. He did the majority of the marketing on his own by experimenting with web ads, direct mail, print ads, email marketing and many other strategies. He recruited new clients by cold calling repeatedly, and stuffing thousands of envelopes with demo tapes and promotional flyers and emailing them out to potential clients.

From the very beginning, Jon understood that the business of voice overs involved much more than recording time in the studio, even though it was his favorite part. Knowing that rejection was very much a part of the path to the success, he conditioned himself to accept it along the way. This resilience and willingness to explore a wide number of marketing strategies, positioned Jon for success in a highly competitive field – something he now looks back on, and prides himself in.

“I’m really glad I tried so many different things in the beginning of my VO career. It was a good grassroots education for me that has truly paid off over the years.”

Looking to obtain a larger number of job leads and make a concerted effort to gain exposure to a wider scope of job types and clients, Jon signed up and created his profile on Voices.com.

His biggest challenge was developing agility in his voice over delivery and shifting between different voice over styles. He knew that to gain new and exciting job opportunities on the site, having an open mind and experimenting with new things was vital.

On the platform, Jon began receiving a steady stream of job opportunities, which he considered the perfect chance to practice and continuously hone his voice over abilities. After a few months on Voices.com, he began booking a relatively large number of jobs and saw his business substantially benefit.

More importantly, he felt he was becoming a better voice over artist because of it.

Voices.com offered the repeatable, reliable, and structured process to his work that he had always hoped for, and this enabled him to focus on his voice over performance, so he could ensure the best possible quality delivery for his clients.

“After a little while on Voices, I started booking a relatively large number of jobs and saw my business begin to benefit substantially. More importantly, I started becoming a better voice talent. Over the years Voices has made a big difference for me overall, and I’ve had so many positive experiences working with the people at Voices. I’m very grateful for that.”

While on Voices.com, Jon’s conversational guy-next-door tone has won over the likes of clients such as Exxon Mobile, Geico, Burger King, Home Depot and The Team USA Store among many others.

Jon considers the biggest win of his voice over career to be the opportunity to collaborate on projects with companies of different types and sizes all over the world while building lasting professional relationships. One such client includes Bic Razors, for whom Jon voiced the following commercial:


Jon feels that over the years, the platform has made a great impact on him personally and professionally and credits the Voices.com team members for making his experience on the platform a positive and enjoyable one.

His unwavering commitment to his craft has enabled him to land major opportunities including becoming the narrator for 52 episodes of a TV show, and voicing a national TV spot for fast food giant, Burger King. He’s served as the imaging voice for well over 200 radio and TV stations worldwide and has voiced an Emmy winning project in the Community and Public Service category. Today, Jon feels fortunate to have experienced this cumulative growth both personally and professionally as an artist.

“If you are doing what you love every day, then you are winning. It takes a lot of faith, hard work and determination to strike out on your own in any field, but the rewards are well worth it if you stick with it.”

For Jon, the best advice he can give to other aspiring voice over artists is to be determined and work hard, and eventually this will lead them to reaping the rewards of this exciting and fulfilling career.