A voice actor, poet, and philosopher, LA-based Kabir Singh is touted as the voice of Millennials. 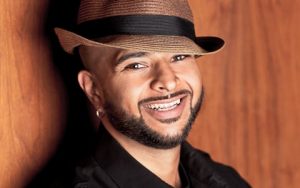 A voice actor, poet, and philosopher, LA-based Kabir Singh is touted as the voice of Millennials.

With his cool, urban, college sound, Kabir has been able to lend his voice to projects for the likes of Nike, Intel, McDonald’s, Taco Bell, Foot Locker, Google, and Pepsi.

Kabir speaks English and Hindi, and has a background in performance theatre, comedy, and animation techniques. He is also known for his spoken poetry and inspiring speeches: “Observation of life and self expression fuels my spirit.”

Kabir is best known for his University of Nebraska Lincoln commercial, and T-Mobile’s customer service voice.

“Before Voices, I didn’t have a career. Voices really helped get me started.”

Voices was the first casting platform Kabir got into. It allowed him to get his first job, which was MacKeeper. “It made me believe I could do this, and that first gig gave me the confidence to keep going. That was one of the best feelings I could remember.”

Kabir came to Voices because “it was the go-to.”

“When I started out in the industry, Voices was right on the cusp of the new industry – this was only 5 years ago. I was new to voice-over, and that’s where it seemed like all of the gigs were coming from, where careers were getting started. So, I made myself available to do that. That’s where everything was being generated, before I had any knowledge of agents or anything like that.”
Kabir Singh, Professional Voice Talent

Voices has helped Kabir in many ways, such as gaining experience in all of the different avenues of voice-over. From eLearning to explainer videos, to radio work and commercial work – Kabir has been able to do it all.

“When you think about the traditional way of voice-over, you’ve got promos, and you’ve got radio commercials and tv commercials. But Voices allows you to explore the subconscious part of the industry – the part that no one really talks about, but exists. This includes things like eLearning and explainer videos. It really helped me gain experience in those things.”
Kabir Singh, Professional Voice Talent

As well, Voices has assisted Kabir in managing his business, right from the beginning. The platform helped him coordinate projects, clients, and repeat clients, and has even has allowed him to track his growth: “I can go in and see my first audition and jobs until now, all 250 reviews, and really get a glimpse of my career – especially where it started and where it is now.”

Kabir has also been able to work with the Voices’s Professional Services team, which has introduced him to clients and experiences he wouldn’t have had access to by himself this early in his career. Outside of Voices, one of Kabir’s most recognizable projects is T-Mobile’s customer service IVR system: “I’m their voice. It’s been a great experience, and continues to be one that is really rewarding.”

The biggest win in Kabir’s voice-over career is his voice work for the University of Nebraska Lincoln. According to him, that specific job has gotten him more work than any other job he’s ever had. “That project has been mentioned all over, and I constantly get approached about it,” he says. “It gets referenced almost every week. It’s high up there for me.”

Kabir continues to book work with universities across North America, thanks to the experience.

In regards to audition frequency, Kabir noticed an unexpected shift as his skills grew and he was booking more work. “When I first started out in this career, the auditions were maxing out. I was getting it all out there and getting better. Then, when I started getting clients and repeat clients, I noticed less auditions but more paid work,” explains Kabir. “Now, I try to find that healthy balance between how many jobs I received that week, and the available time to audition for even more.”

Kabir has booked so many projects over the past 5 years, that he admits it’s hard to list them all. He tends to book a few a day, nearly every day.

“The key projects, both with and outside of Voices – thanks to the things I’ve learned with the platform – include T-Mobile, Quiksilver, Gatorade, and Nike.”
Kabir Singh, Professional Voice Talent
“When I booked my first job with Voices, I was like ‘okay, I can make my registration money back.’ Then, over the years, it only just validated itself. At that moment, I realized Voices was the right path for me – when I booked the first job.”
Kabir Singh, Professional Voice Talent 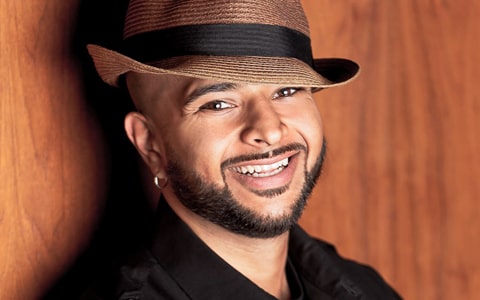