Rich is an Emmy award-winning meteorologist and known celebrity. He has also voiced trailers for Universal Pictures 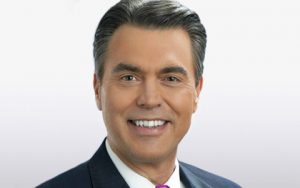 Rich is an Emmy award-winning Meteorologist and known celebrity, often recognized for his role as the voice of The Price is Right. An industry veteran of 38 years, working nearly a decade with Bob Barker and Drew Carey, Rich was recognized as the Announcer of the Year at the 2009 Game Show Awards.

Rich currently records from his Florida home in Clearwater Beach, where he lives with his wife of 13 years, Christine, and their 5 year old pug, Gunner. Rich enjoys doing voice over, and coaching and producing demos for beginners and seasoned industry professionals alike.

Rich is also no stranger to the small screen, and has appeared in How I Met Your Mother, According To Jim, The War At Home, The Young and the Restless, The Bold And The Beautiful, and Last Comic Standing. As well, Rich has starred in his own show, a comedy series on YouTube called Rich Fields Gone Wild, featuring Adam West (Batman) and Lou Ferrigno (The Incredible Hulk).

A seasoned voice professional, Rich currently holds the record for announcing the most network televised game shows in a single season and has voiced a total of 9 different game shows in his career lifetime, including Wheel of Fortune and Family Feud.

Before signing up with Voices, Rich found it challenging to find a new agent to represent him.

“I was hitting a brick wall with regard to getting a new agent to rep me. It was tough. A fellow VO actor told me about Voices. He had some success with it, landing various national roles and told me to try it for myself. So I did.”
Rich Fields, Professional Voice Talent

Since joining Voices, Rich has had a great experience, sharing that not only is he booking work, but he is also enjoying the access to resources, such as the monthly Voices newsletter, as it includes points of interest and professional development tips. Even with being a 38-year voice over veteran, Rich says that he’s still learning new things everyday, and especially enjoys the “Light Bulb Moments” section of the monthly newsletter. “If it’s not new information to me it reinforces that what I am doing is right.”

Rich also found that he was seeing more auditions than he ever could have received before.

“The one thing I saw immediately was the volume of auditions. This gave me the chance to hone my skills again which were admittedly rusty after such a long break. The Price is Right is truly ‘voice acting.’ Nobody speaks or announces like that. Getting it out of my bloodstream and getting back to real VO was a challenge. The chance to audition whenever and however much I wanted was invaluable.”
Rich Fields, Professional Voice Talent

In the 4 months that Rich has been with Voices, he has completed 6 successful projects. The most notable for him was when he was cast as the English-speaking voice of the Thai Stock Exchange, a lucrative project for him that was secured through Voices.

Rich believes that the biggest win in his career was being selected by Bob Barker to be the announcer of The Price is Right.

“That was like hitting the lottery. Honestly, it changed my life and my wife’s life forever, and Mr. Barker remains a dear friend. The experience of being on the same stage, on national television with Mr. Barker, a television icon, was a dream come true. After Bob retired, Drew Carey took over and he was a pleasure to work with as well.”
Rich Fields, Professional Voice Talent

Working through Voices allows Rich to continue voice acting while he coaches and produces. By working with members of the Voices talent team, he is also able to offer his students a discount code that helps them get started on finding their own success on the platform. 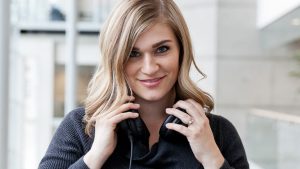