Crave Media needed a voice that could translate across such a vast array of cultures and languages. 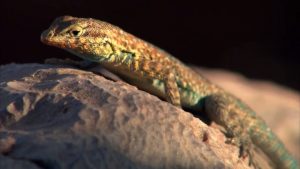 Crave Media, based in Washington, DC, develops and executes compelling promotional media. Services include creative direction, picture and sound editing, and motion graphics. It’s not very often a small (but mighty) company gets an opportunity to create something special for a world-renowned brand that airs in over 140 countries. However, that is exactly what happened for Ian Rummer and his team at Crave Media when they signed on to work with the National Geographic Channel’s international marketing team to launch of Nat Geo Wild’s stunt, “Destination Wild.” Continuing the amazing success of the first “Destination Wild” campaign in 2014, the National Geographic Channel’s International marketing team once again partnered with Crave Media to create the 2015 campaign launch and signature anthem piece promoting the year-long programming event.

Prior to Voices, Crave Media’s voice casting was often done through the referrals of individual talent, followed by investigating his or her representation to pursue arrangements.

“Looking into talent availability, rates, and demos can be very cumbersome and time-consuming, especially when having to deal with multiple agents and organizations to assess a pool of talent that are not even affiliated with each other.”
Ian Rummer, owner of Crave Media

The team at Crave Media knew that they wanted an English-speaking talent, but were unsure about which specific accent that would successfully engage viewers.

Voices made the decision an easy one by offering up top quality talent with a wide variety of online demos that were easy to search through. After only a handful of demo listens, and with the support of the assigned Voices account manager, Ian knew that they had their new sound.

“Our account manager was amazing throughout the entire process. He worked out arrangements, consults, and sample reads with several artists in multiple international locations and streamlined every detail including the final session, paperwork, and logistics. Plus, it was a pleasure working with him and everyone at Voices. That is a big deal for me. Enjoying whom I work with is just as important as the work itself and usually shows in the finished piece.”
Ian Rummer, owner of Crave Media

The simplified process and access to professional voice samples made it much easier for the Crave Media team to consider options and select the right fit quickly.

“Everything was easy, professional, and friendly from start to finish. The budget was painlessly sorted out up front, which helped get things going and on track. Voices sorted all the logistics, relayed all the pertinent information when needed, and infused the personal touch that provided instant rapport with the talent, who was also very accommodating and easy to work with.”
Ian Rummer, owner of Crave Media

For this project, Toby Ricketts was the perfect fit. “He is quite talented and a pretty cool guy as well.”

It is a unique challenge to establish creative direction that will translate across such a vast array of cultures and languages, while also conveying an approachable international flair. Setting the right tone and pace with voice is critical and Crave Media’s collaboration with Voices was key to achieving this goal.

The central NGCI marketing group in Washington, DC, considers these campaigns a huge success, citing overwhelming support and enthusiasm from their international partners and counterparts. The feedback has been so favourable that the domestic National Geographic Channels (NGC US) decided to adopt the “Destination Wild” stunt in the United States. International marketing efforts are often directly influenced and/or re-purposed marketing efforts developed by NGC US, but this phenomenon rarely happens the other way around.