For Movidiam, finding a voice actor went from an onerous task to an enjoyable one with Voices. 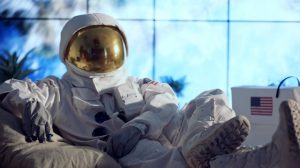 Movidiam is modernizing the creative production process by connecting clients with the global talent pool. With its trusted network, the company knows there’s the right team for every creative brief. By providing a platform to connect brands, agencies, production companies, and creative talent, Movidiam unites a fragmented industry and simplifies the complexities of creating.

Movidiam is a team on a mission to make the creative and production industries better together.

Prior to Voices, finding voice over talent was an onerous task for the Movidiam team. When a project required voice over work, project leaders had to embark on a long process that involved speaking to an agent and either being mailed a DVD of talent or downloading a couple of demo reels to sift through. Nearly every project became a month-long ordeal of booking studios, checking availability, and recording. This method was time-consuming and expensive. If the client didn’t like the work, it was tough for the team to backtrack or get pickups.

The challenge of finding voice over talent was complicated even further when the company realized the need for American accents. Although Movidiam is based in the United Kingdom, the majority of their market and community resides in the United States. This, of course, means that having American voice over in their projects was an important way to engage this audience.

“Finding American talent in the U.K. was proving really hard. Being a tech platform ourselves and willing to try new services, we decided to give Voices a shot.”
Alex Vero, Co-founder, Movidiam

After using Voices to successfully complete several projects for Movidiam, co-founder Alex Vero felt confident sharing the service with the rest of the team.

“We now use the site for everything; from simple tutorial videos to podcast intros and recorded phone messages. Also, managing everything in one place, including payments, meant costs were monitored and accounted for.”
Alex Vero, Co-Founder, Movidiam

In order to best promote their curated network of over 17,000 agencies, production companies and creative freelancers in 170 countries around the world, Movidiam decided to recreate some of their more extreme client requests in a promotional video. The project involved finding a filmmaker to jump out of a helicopter, a shark diving specialist, a skateboarding director, and a Russian arm operator. Using footage supplied by the Movidiam community, they then recorded 10 different voice overs in different accents, with Voices as the service providing all of the voice overs.

Movidiam shares that the process of finding voice talent on Voices was quick, efficient, and thoroughly enjoyable. The team was able to queue almost all recordings on the same evening while the Executive Creative Director directed the talent over Skype.

“The fun part was introducing the service to the Executive Creative Director and seeing the reaction. How can it be this easy to access such great talent?”
Alex Vero, Co-Founder, Movidiam

In the end, the project was an absolute success. It was received well by Movidiam’s target market, garnering over 275,000 plays, and increased the number of briefs submitted by potential clients by over 400% the following month. The new accounts brought in by the promotional video were so impressed with the service that they’ve now become some of Movidiam’s biggest accounts.

To support their ever-growing client roster, Movidiam continues to use Voices, empowering them with the ability to smoothly find the perfect voice for any kind of project.