Voices is the nimble collaborator Demo Duck counts on for hundreds of projects each year. 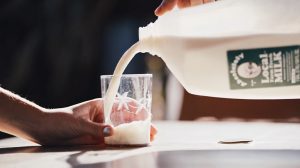 Demo Duck is not your average video production company. Based in Chicago, the company is operated by a team of passionate writers, directors, and producers, many of whom have backgrounds in a range of other creative industries. Because of their collective experience, Demo Duck knows that the core elements of any strong video—like set design, character design, or lighting—shouldn’t simply be tacked on at the end of a project. These elements ought to be a holistic part of the project’s concept from the get-go.

The same goes for voice over. Demo Duck specializes in creating animated and live action explainer videos for an impressive array of national and international clients. They often incorporate voice over to elevate their work to the next level, something they consider how to do from the start.

Demo Duck’s success over the years is inseparable from their creative partnership with Voices. The production company initially came across Voices when they were in search of new voices to provide professional reads for their growing slate of projects. That was eight years ago, and Demo Duck has continued to come back to Voices’ expansive library of reliable voice talent anytime they need narration to make a project come to life.

“Voice over shouldn’t be an afterthought. Voice over is just as important to bake into your overall creative approach from the very beginning.”
— Jarrett Hothan, lead writer at Demo Duck

In search of nimble collaborators

Since Demo Duck attracts a broad scope of clients, they have to be nimble—and so do their creative collaborators. The type of content that Demo Duck requires VO for can include educational series, branding videos, explainer videos, digital ads, screencasts, and more.

Demo Duck produces more than 100 projects a year, and each of those projects can consist of anywhere between one and 20 videos. This results in a staggering 200-300 videos that Demo Duck finishes each year. Producing at this level of volume and speed makes it clear why the Demo Duck team needs reliable voice over that can be delivered within their tight deadlines.

“We regularly need to take on new production styles. Sometimes we need to work within different timelines, and sometimes we need to change up our processes. Within that challenge, we need partners who can be nimble, like Voices.”
— Jarrett Hothan, lead writer at Demo Duck

Demo Duck especially benefited from Voices’ diversity of talent and the ability to fine-tune job postings when they found themselves crafting a live action video for New England Dairy. The client requested an authentic vocal performance from a native New Englander.

When Demo Duck published their job posting, they were pleased with the number of responses they received. Once they made the final decision, they were able to link up with winning voice actor, Sandra Osborne, for a phone directed session the following day. Demo Duck received the finished recordings in under 24 hours.

“We had a crew go out to the New England area and film dairy farms. The footage looked absolutely gorgeous. The client didn’t want somebody doing some fake accent. It’s about the pride of New England dairy farmers. They really wanted an authentic, New England voice to help match that feeling to the idea.”
— Theresa Brooks, head of production at Demo Duck

Building a relationship with Voices

Over the last three years, Demo Duck has been able to double their internal team as they have garnered more and more demand for their video production expertise. Even as new members have joined their ranks, Demo Duck has experienced no trouble getting all of their producers up to speed on the voice over elements of a given project, all thanks to the convenience of sourcing voice over using Voices.

“There’s always something new coming out with Voices! It’s been so nice to be able to see it grow and watch as they incorporate new features, like shortlists—that’s a feature that I make use of a lot. Being able to easily share links with clients is such a bonus, too.”
— Theresa Brooks, head of production at Demo Duck

Additional features that keep Demo Duck coming back to Voices are the professional quality of voice over and how user-friendly the platform is. They devote so much time and effort into the design, animation, and cinematography of each of their videos, that they need to ensure the voice over has the same level of quality. With Voices, it always does. 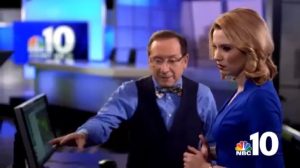 Voices.com organized a live recording session for NBC10 Philadelphia to get the sound they needed.