Podcasts Voice Over Experts Kids Voice Acting : How To Become a Cartoon Character

Kids Voice Acting : How To Become a Cartoon Character

Join Voice Over Expert Sunday Muse as she shares her expertise as a children’s voice acting coach in her lecture “Kids Voice Acting : How To Become a Cartoon Character”. By keeping it ‘active’ and projecting a larger than life image with their voices, children learn how to physicalize and vocalize the exaggerated sides of themselves to achieve their goals and create memorable characters while gaining self-esteem.

Transcript of Kids Voice Acting : How To Become a Cartoon Character 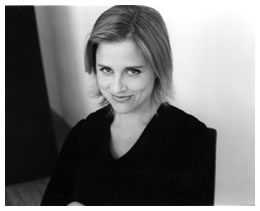 As a leading voice actor specializing in animation, Sunday Muse has become the “Go To” person for those in the animation industry who seek to learn a one of a kind technique she devised called “Actively on the Spot.” This original technique teaches students how to animate their bodies and voice through connecting to the emotions and actions of the characters they’re playing. By using this technique, Sunday’s clients have gone on to book roles in major cartoons such as “FAMILY GUY”on FOX, “SUPER WHY” on PBS (by the creators of “BLUES CLUES”) ‘WILL & DEWITT,”(KIDS WB) “FUTURE IS WILD.” (DISCOVERY KIDS NBC) Top casting directors such as Debra Toffan & Jessie Thomson who cast “MISS SPIDER,” “ROLIE POLIE OLIE,” “CAILLOU,” “ARTHUR,” seek her expertise on casting recommendations for lead roles in animated series.
“SUNDAY MUSE CARTOON VOICES FOR KIDS,” is a one of a kind workshop taught in Toronto and Vancouver, where Sunday shares all the valuable tools she gained during her many years as a lead voice for cartoons. Sunday has provided her vocal talents in popular series as: Disney’s Emmy award winning Rolie Polie Olie, (Playhouse Disney) Cheer Bear/CARE BEARS, JO-JO’S CIRCUS (Playhouse Disney) TIME WARP TRIO (Discovery Kids – NBC) CAILLOU, (PBS) RESCUE HEROES, UNDERGRADS, YAM ROLL, JANE & THE DRAGON, 6 TEEN, as well as dozens of radio commercials.
Sunday has been a featured guest on numerous radio shows and she delivers a voice over podcast “How Kids do Characters.”
Sunday Muse honed her acting skills on the stages of National Theatre School, Second City, Yuk Yuk’s, Laugh Resort, and her one woman shows.

Enjoyed Sunday’s episode? Leave a comment with your thoughts!

Stephanie Ciccarelli
Stephanie Ciccarelli is a Co-Founder of Voices. Classically trained in voice as well as a respected mentor and industry speaker, Stephanie graduated with a Bachelor of Musical Arts from the Don Wright Faculty of Music at the University of Western Ontario. For over 25 years, Stephanie has used her voice to communicate what is most important to her through the spoken and written word. Possessing a great love for imparting knowledge and empowering others, Stephanie has been a contributor to The Huffington Post, Backstage magazine, Stage 32 and the Voices.com blog. Stephanie is found on the PROFIT Magazine W100 list three times (2013, 2015 and 2016), a ranking of Canada's top female entrepreneurs, and is the author of Voice Acting for Dummies®.
Connect with Stephanie on:
Twitter LinkedIn Voices
Recording Studio Etiquette
Special Episode : What Do You Think?