Join Voice Over Experts Nancy Wolfson and Anna Vocino as they discuss “Voice Over Demo Don’ts”, a podcast that identifies common mistakes made in voice over demo production and how you can avoid them. Your demo plays a significant role on game day so make sure your demo is polished and presents a clear portrait of yourself.

Transcript of Voice Over Demo Don’ts

[Opening Music]
Julie-Ann Dean: Welcome to Voiceover Experts brought to you by Voices.com, the number one voiceover marketplace. Voiceover Experts brings you tips, pearls of wisdom and techniques from top instructors, authors and performers in the field of voiceover. Join us each week to discover tricks of the trade that will help you to develop your craft and prosper as a career voiceover talent. It’s never been easier to learn, perform, and succeed from the privacy of your own home and your own pace. This is truly an education you won’t find anywhere else.
This week, Voices.com is pleased to present Nancy Wolfson.
Nancy Wolfson: There are three sources of problem. When I’m hearing problem on a demo, one, problem is not your fault and I say your when I’m talking to talent, not your fault. Poor production quality, you have to have a production team, a writer, producer – I can only speak for myself but in the Braintrack scenario, that would be me. And an engineer who together really know the reality for what real spot sound like.
A lot of times when we produce spots, if it’s a TV spot, the music level was kind of high and I often times have my students coming back at me going, “You know, I feel like my voice is a little obscured on that spot. You know, I was listening to the spot with my cousin, mother, husband, boyfriend and they said I can’t quite hear you on that spot?” You know what? Ironically, that’s not a bad production problem. That actually sounds like a real spot. You don’t want to have your voice too far forward underneath the TV spot because that’s not how a real TV spot sounds so I can go on for a few days but I’m going to shut up on that about now.
Female: What about – I want to hear some other like dos and don’ts.
Nancy Wolfson: The two other – well, the two other thing …
Female: A lot of the other, yes …
Nancy Wolfson: So one possible source of a problem on a bad demo is things that are not your fault, production issues basically written and produced improperly. Another – and it needs to be narrowly branded, a commercial demo that’s too versatile, it doesn’t paint a clear portrait of who you are and that’s not useful. That’s not your fault either. That’s a producer-writer’s issue.
Second issue is kind of rolled in with the third but it’s a performance thing. When I hear poor performance things popping up on a demo, I can tell when I’m listening to a demo of somebody who hasn’t had proper training because they’re doing things that are chapters 4 and 11 in my notebook that I teach people to never do and then I hear it on your demo like which is game day and I think, “Oh my goodness, that person never learned not to do that in their education, the thing above you on the flow chart?”
Solid education should make sure that that stuff is not showing up like in bad performances on your demo. However, everybody gets nervous on game day and things happen but that’s why you’ve got a director there so – oh, I’m at lost but it’s one of the things that drives me nuts in terms of performance that’s a very elementary thing and it really makes somebody look like a beginner is when I hear the nervousness of their primary reality bleeding through on how they deliver lines in their secondary reality. It’s a little obscure and that’s sort of something I cover in the education but it’s a matter of chuckling on your own lines, once, twice, repeatedly – it’s like the biggest thing that makes me cringe because when you’re nervous, a lot of times you chuckle self-consciously or sometimes people try to make their performance non-announcery by kind of chuckling their way through a line. All I hear as a former agent and as a judge of performances is, “Wow, that person is nervous.” I don’t think the girl who is supposed to be talking about 7/11 is nervous. She’s confident about her experience at 7/11, this girl you’re pretending to be. But I’m hearing Mary-Anne chuckling as she does each line repeatedly and oh my gosh, I hear it over and over like a broken record. That’s an acting example. That’s an example of some – of an acting mistake that just screams, “I haven’t finished all my skills yet because I’m still nervous when I perform.”
So that’s something that’s an acting mistake that should have been fixed back up in education or it should have been cut by the director during the performance because I don’t mean to be mean. People get nervous on game day but that’s what your director is there to catch.
So usually the problems I hear on demos source out of one of those three bins.
Female: But – and I have to say two, yes, when you’re in game day or demo day, it is really important to have a good director. I mean, it’s important no matter when you’re acting to have a good director. However where – once you do have your own home studio equipment, you are sending auditions from home. You also need to be able to self-direct and you can’t self-direct without having learned it correctly in the first place because you’re not going to book jobs and again, I come back to that’s the point. We all want to book jobs to make money.
Julie-Ann Dean: Thank you for joining us. To learn more about the special guest featured in this Voices.com podcast, visit the Voiceover Experts show notes at Podcasts.Voices.com/VoiceoverExperts. Remember to stay subscribed.
If you’re a first time listener, you can subscribe for free to this podcast in the Apple iTunes Podcast Directory or by visiting Podcasts.Voices.com. To start your voiceover career online, go to Voices.com and register for a voice talent membership today.
[Closing Music] 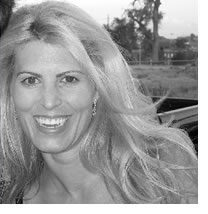 Nancy Wolfson
Based in Los Angeles, CA Nancy Wolfson is a private voice over consultant and freelance casting director for commercials, animation, narration, and audio books. She writes, produces, and directs demos for her clients and has been the leading coach in the top market(s) over a decade. Her coursework has been accredited at the university level in private and group classes throughout North America and Europe. For over 15 years, she has worked with beginners, working pros, and celebrities as a producer and talent agent. 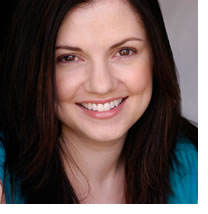 Anna Vocino
Anna Vocino is an on-camera and voice over actress based in Los Angeles. You can see her work as a series regular on Vh1’s improvised comedy series “Free Radio.” Anna’s voice over work can be heard in “Dawn of War 2,” “Splinter Cell: Double Agent,” “MTV’s Celebrity Death Match,” “The Young and The Restless,” recent campaigns for Canada Dry, Ford, AT&T, Southern Linc Wireless, and hundreds of narrations for Toyota, Capital One, Saks Fifth Avenue, Adobe, GotVMail, Disney DVDs, and numerous others. Check out Anna’s website at www.annavocino.com.
This podcast is a mini excerpt from Nancy and Anna’s best selling mp3, “YOUR VOICE OVER BUSINESS.”

The full Your Voiceover Business teleseminar is a gem and a must-have for anyone approaching VO at this moment in history.
Just the hard fact up front that you should be prepared to invest $3,000 to $5,000 is sobering and puts it all into the right context.
Your timeline/flowchart is priceless and keeps a student on course.
Being told that “getting an agent” is not the be-all, end-all goal is enlightening.
And the whole concept of branding and how you casting people think was a real “a ha” for me as an actor.
Your Meryl Streep example is one I always quote — she can DO or ACT anything, but you wouldn’t just automatically CHOOSE her as “Little Miss Annoying” in the animated series you just cast; instead you’d cast the person who IS Little Miss Annoying in her sleep and not the person who CAN do it.
–J.G.
When you talk about how you need to create a business plan and how you need to invest in your business to be able to reap the benefits of your business…that whole thing was really eye opening…
–A. K.
The first teleseminar I listened in on was the first time I realized how important branding and overall image are to a business such as voice over. You both critiqued my demo as well as a few others, and it really opened my eyes!
That was the teleseminar that made me want to study with you, Nancy. I just had to learn more after that!
–K. E.
I recommend every student buy the teleseminar before their private lesson!
–M. W.

Did you enjoy Nancy and Anna’s episode? Leave a comment with your thoughts!

Stephanie Ciccarelli
Stephanie Ciccarelli is a Co-Founder of Voices. Classically trained in voice as well as a respected mentor and industry speaker, Stephanie graduated with a Bachelor of Musical Arts from the Don Wright Faculty of Music at the University of Western Ontario. For over 25 years, Stephanie has used her voice to communicate what is most important to her through the spoken and written word. Possessing a great love for imparting knowledge and empowering others, Stephanie has been a contributor to The Huffington Post, Backstage magazine, Stage 32 and the Voices.com blog. Stephanie is found on the PROFIT Magazine W100 list three times (2013, 2015 and 2016), a ranking of Canada's top female entrepreneurs, and is the author of Voice Acting for Dummies®.
Connect with Stephanie on:
Twitter LinkedIn Voices
Previous Episode
Shameless Hollywood Auditioning Tricks!
Next Episode
Business Basics for Voice Actors