Attaining success in voice over requires work. No matter if you’re just getting started or if you’ve been in the voice over industry for years, it’s usually up to you alone to make many decisions.

In this podcast, voice actor Jason McCoy gets to the bottom of 6 common misconceptions of what it takes to be successful in in voice over.

Your Instructor This Week: 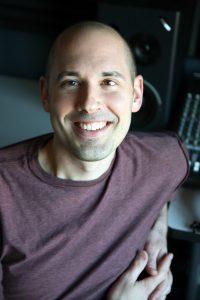 Jason McCoy is a North American male voice actor and founder of McCoy Productions located in Maryland. He specializes in voice over for eLearning, commercials, radio imaging and explainer videos.

Jason recently launched Voice acting 101 as an educational resource to help others interested in becoming a voice actor.

Hi, I’m Jason McCoy and I’m a voice actor based in Maryland.

A quick background on myself, I started in voice over when I was just a teenager. I worked for a local radio station during the day and I kept doing voice over on the side.

As my client base grew I decided to quit my day job and started doing voice over full time.

I also created VoiceActing101.com where I share my experience and try to give ideas on ways to succeed in voice over faster.

When I was getting started, I had questions and I was able to learn a lot just by asking other voice actors some questions.

I’m not a voice over coach, I’m just a voice actor, and I use VoiceActing101.com to share things I’ve learned and techniques I use.

A lot of questions come up when you’re getting started and even when you’ve been doing voice over for a while there are still things that you need to think about like prioritizing your time and continuing to learn and grow and adapt with the voice over industry.

So first up, misconception # 1 is gear envy.

Have you ever had this thought?…

Gear envy happens when you see and hear about expensive microphones….

The fact is you really don’t need all that stuff to be successful.

There are many factors that lead to success in voice over and the exact microphone or other equipment you use is going to have little effect on that.

Now that doesn’t mean it’s ok to have bad quality audio. You can’t.

If you listen to yourself and compare your sound to someone else’s, you can judge for yourself if you need an upgrade somewhere in your studio.

As an example, my very first paying voice over job was done using a Logitech microphone that just came with a computer. I knew that I needed a better mic, but I was still able to get work with that cheap mic.

And the money that I earned using that microphone allowed me to upgrade to a better mic.

Also, a quick side note here – Before you upgrade anything in your studio, make sure you’re replacing the weakest link in your audio chain. That could be your mic, it could be your preamp or most likely, it could just be the room acoustics.

So when you’re picking out your gear, read reviews, listen to samples and stick to your budget.

Avoid gear envy, because in the end the equipment in your studio doesn’t get you voice work, it’s what you do with it.

That leads to misconception #2 – I need a voice over booth.

Many people think you need to have a booth to achieve the perfect sound – you don’t.

I personally don’t want to spend my entire day in a small closet type room, I prefer to work in larger rooms. Thankfully I live in a quiet area so I don’t need to worry about outside noise.

That may not be the case for you. If you have a noisy house with kids running around or loud neighbors or you live near a loud airport…you may need that sound isolation that a voice over booth would give you.

But if you’re like me and don’t have much outside noise to deal with, then setting up your studio in a bedroom, or your basement or a closet, that’s going to work just fine.

You will need to handle sound absorption in the room which you can do with foam on the walls and ceiling or another option is to just use moving blankets. You can get them with grommets and hang the blankets from the ceiling to deaden the sound in your studio.

You could even just surround yourself with pillows and blankets to deaden the sound, which is what some voice actors do when recording on the road.

Now that’s not a permanent solution but its going to work for sound absorption.

So again, if you’re dealing with outside noise, then yes, a vocal booth can help. Otherwise, these other options are some good ways to save money and still have a good studio sound.

Alright so we’ve covered a couple misconceptions about what you need in your studio to be successful, now let’s move on to misconception #3…

I have to run an ISDN line to my studio.

It’s not true. I’ll tell you why but first…

In case you don’t know what ISDN is or how it’s used in voice over, it’s basically a high quality audio signal that allows you to be in your studio while someone in another location can listen, direct you and even record you from their end.

So why not get ISDN?

Well there’s a few reasons. First, it may not be available in your area – for me I remember checking into ISDN many years ago and the phone company had no idea what ISDN was so I couldn’t even get it.

Second, even if you can get ISDN the monthly fees and line charges aren’t cheap, so if you don’t already have clients asking you to use ISDN you wouldn’t be covering the expense.

And Third, there are now ISDN alternatives.

Skype is good for a phone patch, it’s not an ISDN alternative but for many clients, it’s all they need. With Skype you can have your own phone number so you can make and receive calls right from your studio. A client can listen in and give direction. You’ll record the session on your end and then send the audio file to the client afterwards.

For about 80% of my clients that want to listen live, a phone patch is all they want.

If the client wants ISDN quality, then you’ll want to look into Source Connect Now or ipdtl. One of those apps, along with a chrome browser – is all you and your client need for an ISDN alternative. Which is going to be much cheaper than the traditional ISDN.

Some studios still want to link up using ISDN, so if your client will only use an ISDN connection, you can still give the client what they want without having ISDN yourself…and that’s by using a bridge.

So ISDN, even without it you can still be successful in voice over, thanks to alternatives like Source Connect Now and ipdtl.

Don’t get me wrong, agents are great. If you have an agent, that’s another chance to land a job. But the old way of thinking was that having an agent equaled being successful. That just not the case. An agent will bring you opportunities, but it’s up to you and your skill level to land the gig.

Since your success depends on your ability, having an agent is something that usually happens once you’ve gained a good amount of experience and have really improved. This way you have a better shot at getting an agent, and then landing work when you do.

Next up is misconception #5 and for this one, let’s get personal and talk about your voice.

I don’t know about you but when someone finds out that I do voice over, they always think of that deep movie trailer style voice over. In their minds, that style is what voice over sounds like.

Hopefully you don’t think that way, because that’s not what voice over is about today.

You don’t need to have a deep, powerful movie trailer style voice to be successful.

Voice over is full of all kinds of unique voices. And most jobs are looking for a conversational voice, not an announcer or radio dj or movie trailer voice.

In fact, I actually ran the numbers recently to see how many auditions I saw that called for that movie trailer voice vs. conversational.

Here’s what I found – Over a 7-day period, based on all the auditions I received that week, 14% described the voice as that deep movie trailer sound, while 86% were for a conversational natural voice.

Think about the commercials you see today for brands like Apple or Walmart or Disney…those big names aren’t using announcers in commercials…they’re using real everyday voices.

The truth is, there’s more work for a normal everyday sounding kind of voice.

OK there’s one more final misconception to being successful in voice over that I’d like to cover…And that is the misconception that you have to live in New York or LA.

Your success is not based on where you live. I live in a small quiet town near the beach in Maryland, not in a large city, but with the internet, I can not only work with clients in New York and LA and all around the US but also with clients in the UK, Brazil, Germany, Australia, …there are no limits to where you can work.

Some jobs do require you to live in New York or LA, usually so that you can go and record in studio but there are plenty of other jobs that don’t. So living wherever you live is not going to prevent you from succeeding in voice over.

And with the ISDN Alternatives that we were talking about earlier it’s even easier to work with clients all around the world and not be tied down to one location.

Ok so a quick recap to clear up all the misconceptions we talked about today:

You don’t need an expensive mic or equipment to be successful in voice over.

You don’t need a voice over booth to be successful in voice over (unless you’re dealing with some loud outside noise).

You don’t need ISDN to be successful in voice over.

You don’t need to be represented by an agent to be successful in voice over.

You don’t need to have the stereotypical announcer voice to be successful in voice over.

And You don’t need to live in New York or LA or any specific location to be successful in voice over.

Some of these things, like a nice mic and a good agent may advance your career when the time is right, but if you don’t have them right now, don’t let it hold you back from finding success in voice over.

I hope you enjoyed this podcast. Again, my name is Jason McCoy and if you’d like to learn more about me or have a question check out VoiceActing101.com.

There’s a free video series called the 5 steps to become a voice actor, and other more advanced guides on scaling your voice over business, plus from time to time I giveaway some voice over related prizes, like a free year’s membership to voices.com recently.

Thanks for listening! I hope this helps you succeed in voice over.