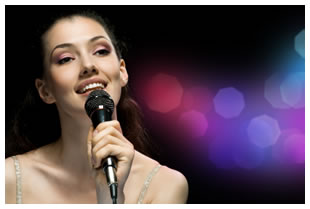 Ever notice that your face may feel different depending on what language you are speaking?

Just as voicing multiple characters in quick succession can be challenging, switching from one language to another can also pose interesting muscular challenges.

Does this happen to you?

When I used to sing professionally, my repertory included music with lyrics in a number of languages ranging from the Romance languages through Germanic tongues.

Aside from some obvious differences in diction and phrasing, singing in different languages is a physical process that takes into account the shaping of vowels, emphasis on consonants and any glottal stops along the way.

Singing in any of the Romance languages was by far the least demanding on my facial muscles. The easiest language for me was French followed by Italian, however, singing in German was altogether a different experience that affected my facial musculature in more demanding ways.

Your facial musculature includes everything from your jaw to your tongue. There are also other elements to consider when speaking such as where your tongue touches your teeth or which palate you are employing when shaping vowels in conjunction with your tongue.

I’m not a doctor and don’t claim to know the entire geography of these muscles but know that there is more at work when you speak than meets the eye.

As a native speaker of a Germanic language, you’d think (at least in theory), that an English speaker would find German to be somewhat easy.

For me, German was a real effort, so much so that I can still feel how certain words and vowels sat in an almost unnatural state in my chin and jaw when compared to the flowing and decidedly graceful Romance languages.

The “E” vowel as in “See” is my favorite vowel to sing on in higher ranges of my voice. I also studied French for years. Perhaps this is why I excelled in French more than any other language but it could also be because it just felt right placement and phrasing wise.

What I find interesting is that your muscles carry memories and know what to do when you see a word.

Also, you may have noticed that not only do your muscles have memory (hence muscle memory) but you can also have breath memory. This is particularly true if you remember where you need to breathe from to set up a phrase or if you have perfected a song (or recitative).

What Have Your Experiences Been?

Are certain languages easier for you than others? Do you speak a couple or more languages in a given day and find it to be an interesting shift?

Looking forward to hearing from you,
Stephanie