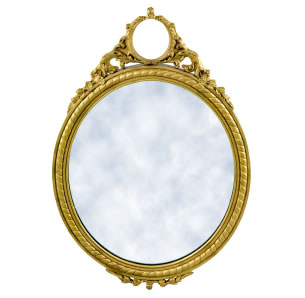 How Uncredited Voice Over Roles in Disney Movies “Kept the Magic”

Have you ever considered how many voice over roles went uncredited in the earliest days of animated film?

This article looks at a specific example regarding one of Walt Disney’s most famous animated masterpieces and explores the lengths Disney went to in order to stake his claim to a franchise voice.

Which film and voice artist am I talking about?
Find out in today’s VOX Daily!

Someday, My Credits Will Come

Unlike the success and attention most animation voice actors experience today, identities of the first voice actors were often kept under lock and key so as to preserve the “mystery” of the voice.

These were the days of contracts and indenture that effectively tied talent to a certain production company and dictated much of what they were able to pursue in their careers.

Can you think of any instances of when this may have happened? Let’s take a look at the mystique surrounding Walt Disney’s animated masterpieces from 1937 to 1942.

In his first animated feature film, Walt Disney purposefully hid the identity of the voice of Snow White, the 18-year old Adriana Caselotti (1916-1997), effectively rendering her voice property of Disney. The only other film role she had was a bit part in The Wizard of Oz (1939).

For the record, the entire voice cast of Snow White and the Seven Dwarfs (1937) went uncredited. This pattern continued for a number of years including films such a Pinocchio (1940), Dumbo (1941) and Bambi (1942) to name a few.

By not sharing who the voices were, Disney was able to keep those voices under lock and key so to speak. The result of this decision was that certain voices, such as that of Snow White, were unique to his franchise and not associated with other characters or roles. In a very real way, this action insured the franchise, its characters and its iconic voices.

While studios adopted the practice over six decades ago of acknowledging who talent are in animated films, there are ways that they can still “keep the magic” as it were by having artists sign agreements that would keep them from announcing their involvement or sharing details about an upcoming feature, at least for a time. These agreements are called Non-Disclosure Agreements or NDAs.

This may mean that in addition to not talking about it in the literal sense, a voice artist also cannot share information online via Facebook, Twitter or any other medium that could breach their contract on a global scale.

Do You Know of Someone Who Deserves Recognition?

To give you full disclosure, Caselotti did enjoy publicity later on as the voice of Snow White when Disney sought to honour its stars and released anniversary versions of the film. She also went on to participate in many celebrations over the years and received recognition for her work.
That being said, numerous roles still go uncredited because of the number of lines one might say or other reasons. The likelihood that you’ll receive any press is slim to none unless you share the information yourself.
If there are people you know of who ought to receive credit but were not given any, feel free to add a comment and let us know about their roles!