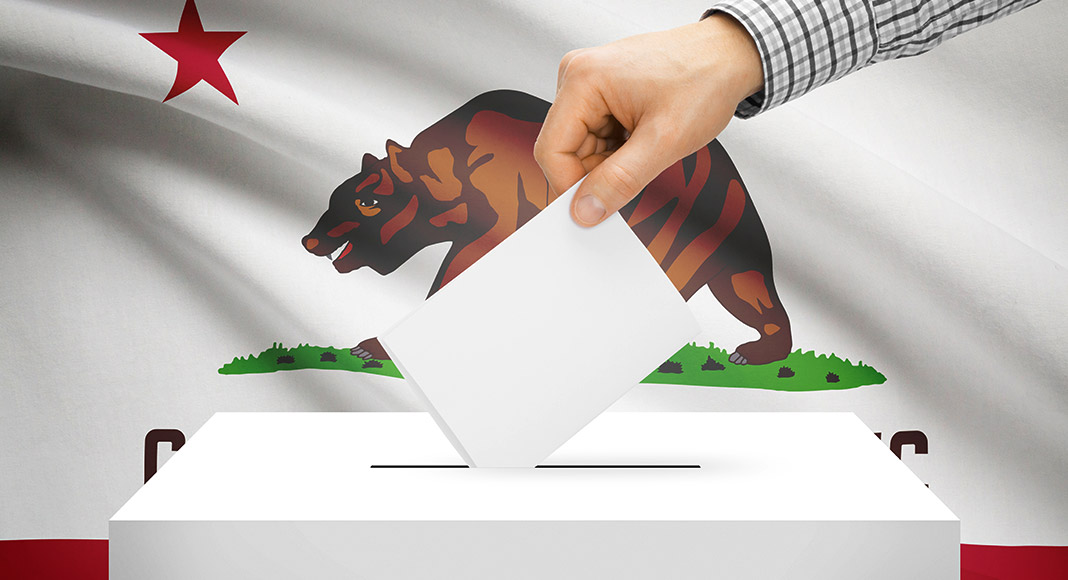 California County Voting Requirements: Preparing for the 2022 US Election

The 2022 US Election is coming sooner than many Californians want to realize.

Or couldn’t come soon enough, depending on who you ask these days.

The largest state in the U.S., with just over 39 million people, will be under the microscope during the 2022 U.S. Presidential Election.

California’s primary election is slated for early voting for the US election and will overlap with the standard early nominating states of Iowa, South Carolina, Nevada and New Hampshire. That completely changes the election landscape, as America’s largest state becomes a player in the long march to the presidential nomination.

Each of the 58 counties in California will have to be organized a lot earlier than previous elections. To add to the list, there are numerous standards every county needs to meet in order to ensure that the seven million California residents who can’t speak English fluently, can access a voting machine in their preferred language.

Counties may want to get familiar with which of the 220 languages spoken in California are most prevalent in their neck-of-the-woods.

That’s why we’re here to help you get organized.

In this article, we’ll break down:

In 2002, the Help America Vote Act (HAVA) was passed by the United States Congress to address improvements to voting technology and help with voter access.

U.S. Congress passed the act after the 2000 Presidential Election, where some major logistical and accessibility issues arose.

This act initially helped provide some required standards, including:

It was required by January 1, 2006, that every precinct in the U.S. must have at least one voting machine or system that is accessible for voters with disabilities and language barriers.

The California Constitution says voting must be done in secret by an individual.

The AVTA says voters with any disability have the right to vote without being helped.

California voters passed Proposition 41 in 2002. It says that counties can get money allocated to them (matching funds) from the state when they buy new voting systems.

Counties in California need to be able to offer voice over in multiple languages for voters in a variety of formats including:

In San Diego County for example, Chinese, Filipino, Vietnamese and Spanish were offered on their electronic voting machines for a 2014 mayoral election.

San Diego was close to fully deploying electronic voting machines across the county, until the secretary of state limited their use to one per precinct.

There are 15 counties that are currently using the Democracy Live SecureSelect 1.0 as the remote accessible vote by mail system. You can read our article here on how Democracy Live is using Alexa to dramatically impact the 2020 US election.

Each electronic voting system has to include the electronic version of all election content.

An 8-bit audio recording file is required for the election voting systems.

Every electronic voting screen has a touchscreen included and every button provides audio in the selected language for the user. Voters simply push the button and the machine reads the options to the user in their selected language.

Most Spoken Languages in California

A staggering 44.6% of all Californians speak another language other than English at home.

That’s almost 10% more than the next closest state, Texas, which has 35.6% speaking another language at home. California’s numbers are also double the U.S. average at 21.6%, according to the U.S. Census Bureau.

That’s a lot of languages and residents that need to be accommodated for when it comes time for the Golden State to vote.

After English, Spanish is the most spoken language as 28.8% (10.4M people) speak it at home in California, according to Statistic Atlas’s 2018 data.

Fastest Growing Languages in the U.S.

California counties will also have to keep an eye out for the fastest growing language in the U.S., Telugu.

Hindi and Gujarati are also experiencing large growth in America, according to the World Economic Forum.

With many people speaking so many different languages, comes a very unique set of challenges for the state with the most electoral votes (55).

California has never shied away from the opportunity to take the path less traveled.

Their current election process is no different.

The California presidential primary is like 53 individual elections. This is due to the fact that the state allocates delegates based not on a statewide vote total, but by the results of each congressional district. Simply put, this can make things a bit messy.

There are a lot of items that counties in California need to consider in preparation for the 2020 US Election. However, one of the most basic and pressing is for each county to provide voting information in the mother tongues of seven million voters who don’t speak English fluently.

There are 58 counties in California, ranging from Los Angeles County, the largest, to Alpine County, the smallest in population.

Every county has to offer an electronic version of its voter guides for every language population, once that specific language hits a certain threshold that’s determined by the county.

On top of that, each county in California has to know the languages and the percentage of their population who speak each tongue.

In Los Angeles County, for example, almost 70% of citizens who don’t speak English at home, speak Spanish or Spanish Creole. Asian and Pacific Islander languages (19%) and other Indo-European languages (9.6%) round out the top three.

But it differs county by county.

In Alameda County, 42% of residents who don’t speak English at home, speak Asian and Pacific Islander languages. While 39.2% speak Spanish or Spanish Creole languages at home.

Most California counties are running on a tight budget, with over half (54.4%) of the budgets being used on public protection and public assistance.

There isn’t a lot left over for these counties to focus on recording high-quality voice overs in the languages they needed to provide for their voting machines.

Typically, a county will try to source the native language voice over talent by themselves, bring the voice over talent into their offices and recording sessions in a makeshift studio. In some cases, counties will rent a studio and bring in the voice over actors individually or in a bulk session. Some counties have found success by sourcing their voice over actors through online platforms. On these platforms, finding the voice actors who are fluent in a wide variety of languages can be executed quickly, thanks to a global talent pool and internal staff willing to help with the process.

Hundreds of scripts are read by the dozens of voice actors. If a county is offering five languages, they will probably want ten voice actors per language. They’re looking at managing 50 voice actors in multiple languages just for one county election.

But there’s more to it.

Each candidate who’s running for office has to submit their platform, which is pending approval. Counties typically receive these candidate statements at the last minute, meaning the voice over recordings of those statements is even more pressed for time.

The script reads by the voice actor have to be monotone, with no emotion in the voice, ensuring information is easy to understand for the voters. Keeping emotion out of the read is also necessary so voters aren’t swayed toward a particular candidate.

Any way you shake it out, it’s a lot of juggling for an already overworked county clerk’s office.

To summarize, here’s why counties need to get ahead of the game and make sure the last minute candidate platform submissions don’t deflate election preparations:

Counties need to line up voice actors in the languages most commonly spoken in their region ahead of when candidate platforms are submitted. If they wait on candidate platforms, it will be extremely last minute and almost impossible timelines to turn around on a tight county budget with no professional studio to record hundreds of script reads in multiple languages. All while managing 50 different voice actors who speak different languages.

The 2022 US Election is right around the corner and because of a recently pushed early voting initiative by the state, California counties will need to have their house in order much sooner than past presidential elections.

Sort out what languages your county needs and connect with an authentic speaker through Voices’s database of over 200,000 voice actors today. And if you need an English voice for your next campaign, you can find the perfect political voice over here too.