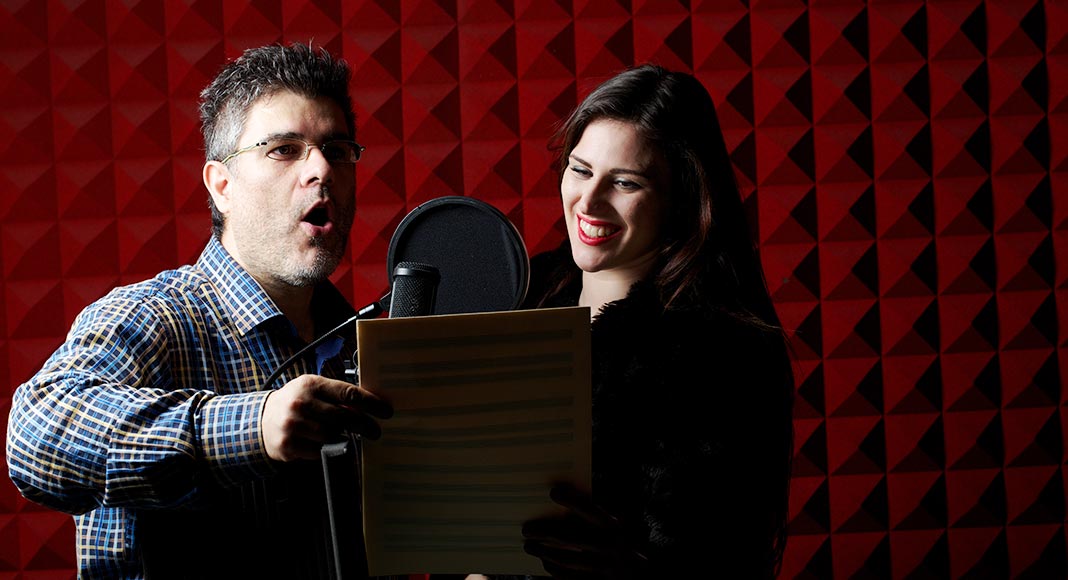 Just about everyone has (at least jokingly) tried on another voice in the safety of family or friends, but what happens when you must do the same, but as part of your job? When the audience is much larger, and there’s more at stake, suddenly ‘nailing it’ becomes much more serious.

Voice coach to the stars, Denise Woods has worked with the likes of Taraji P. Henson, Laurence Fishburne, and Will Smith, helping them to align the ever-important element of voice with the rest of their character.

While she is currently focused on working with film stars, Denise has also been a voice actor, and continues to be involved in the voice over community. She appreciates that voice actors face significant challenges when it comes to sustaining an accent, coloring a performance, and creating a character solely with your voice.

She shares her observations on forming a character’s voice, the difference between voice and stage acting, and dialect work.

Voice Leads the Way to A Calling

Denise’s career has spanned the likes of stage acting, singing, teaching, dialect coaching, and voice over work, among other things. She sang with the New York City Opera, which  led her to becoming a dialect coach, as she finds languages to have musical elements.

She believes her singing background helps her to the nuances of an accent when people speak English.

When she left her acting career to teach at Juilliard, it was then that her life changed, as she found her calling. She says, “I truly love coaching and more importantly, I love helping people find their voice.”

When it comes to finding that voice, Denise considers many variables.

“It starts with the words on the page, with the writer’s zeal and need to tell the story authentically in the environment, in the period, and to get those voices heard; to make sure that those rhythms and the sounds of the speech, the cadence, the depth of joy and pain are expressed through the voice,” she says.

While one can point to different sounds that comprise a dialect, when it comes to actually creating a voice, Denise notes that it’s so much more than just the sounds of a vowel or consonant changing.

She also adds that things like physical challenges and weight can alter a voice as well. She puts all of these elements together when she contemplates what a voice should sound like. Denise also considers factors like a character’s history, education, socioeconomic status and even the climate they grew up in. All of these things can change how someone speaks.

Also included in that list are some unexpected components. She points to the Southern United States and how chewing tobacco has shaped voices. Interestingly, as a result of growing up around parents who spoke with tobacco in their mouths, children also limited their mouth movements. So even without anything in their mouths, the following generation still grew up to sound as though they are chewing tobacco.

Creating and Sustaining an Accent

Denise suggests that the services of a dialect coach are often engaged to add the necessary authenticity to the story, in either an historical or regional sense.

As to how she helps an actor come into a voice, she likes to have them listen to examples of what they want to sound like.

She says, “I’m grateful for YouTube, because before there was YouTube we had to rely on actors who were playing parts in film as samples.” She adds she used documentaries or archival footage, as well.

When it comes to acting on screen, there’s a lot for performers to think about. Denise has sympathy for actors as they face so many elements to balance that you might not even realize what they’re contending with if you’ve never been on a movie set.

Actors are charged with hitting their mark, being aware of the camera but not acknowledging it, angling their body so they’re in the light, thinking about their body position and how their scenes will be edited together later. All the while, they must still portray a character and make a scene seem like it’s happening for the first time, even if they’ve done many takes.

“I contend that the actors that we know and love for their great performances are some of the most brilliant artists and people on the planet, because [their] ability to navigate and negotiate all of these elements is sheer genius,” Denise says.

With all those considerations to manage, it’s hard for an actor to focus on voice.

Certain A-list actors have Denise’s presence written into their contract. She’s worked on several films with Taraji P. Henson, but instead of guiding her into an accent, often she is there to make sure she doesn’t slip into the character she plays for the vast majority of the year on television.

Interestingly, she is not always there throughout the entirety of filming, though she says, “Ideally, an actor would love to have me on set the whole time.”

Voice Over Presents Its Own Unique Challenges

While Denise spends much time dealing with stars of the screen, she still tries to keeps a foot in the voiceover community and recognizes its specific difficulties.

“You as a voice over actor must create the visual in your mind’s eye – in your imagination,” she says.

Denise adds, “What we have to contend with is that our audience does not have the luxury of seeing our eyes from the camera.”

While stage and screen actors have other elements coming together, voice actors have to compensate for those things with their voice.

For voice actors, she says, “Our vocal landscape, our vocal palette has to be much larger.”

She compares their range to a box of crayons. If some actors can get away with having a box of 8 crayons, a voice actor needs 164 crayons because they need several blues, and a range of greens, and so on to be able to paint that picture with their voice.

Musical Links to Dialect and Keeping Your Accent on Track

While the time it takes someone to learn a new accent is an individual thing, in Denise’s experience, musicians and dancers have an easier time with dialect work, as they are people who have to have rhythmic ability.

Denise doesn’t speak many languages, but she believes her musical background allows her to have a way with dialects, but she also has a knowledge of the International Phonetic Alphabet (IPA). This aides her in transferring her knowledge to others.

Once you’ve learned an accent, sustaining it throughout a performance can be difficult. To maintain that accent, Denise advises to return to your sample.

She also recommends IDEA – International Dialects of English Archives, as it’s a free resource with a wide selection of samples that allow you to hear authentic voices from around the world.

Accents Need to Be Authentic and Consistent to Be Believable

When it comes to what makes a bad accent, Denise says, “Inconsistency.” She urges that the choices you make must stay firm throughout a performance, because inconsistency makes people notice a problem. She adds that the audience believes what you tell them, but you have to tell them consistently the same thing.

As a dialect coach, Denise finds certain movies are harder to watch than others. She says,“I can’t bear watching period pieces that take place in very specific regions – say a specific region in the Middle East or a biblical movie and all of the actors have British accents.”

She elaborates, “Classical doesn’t mean ‘classical European British dialects.’ It means ‘classical’ in whatever is that region’s classical sound.”

For her, good dialects sound genuine. “It has to be authentic, or else, you know, it can’t bear it.”