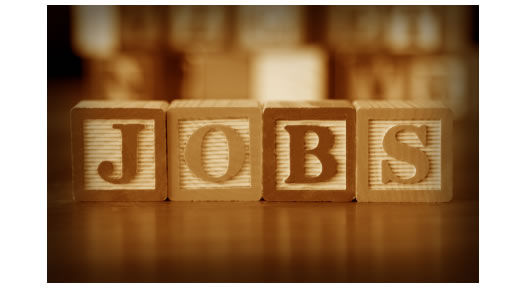 Public skirmishes between SAG and AFTRA have got the unions in the headlines quite a bit in the past few months.

To sum up, AFTRA went on to talk up the Alliance of Motion Picture and Television Producers (AMPTP) on their own after suspending their joint bargaining agreement with the Screen Actors Guild, and came out with some kind of solution.

AFTRA’s parent union, SAG, is now embroiled in talks following their expired contract (July 1, 2008) with the AMPTP, bargaining for more money and residual pay. The AMPTP has made their final offer (July 2, 2008) and SAG requested more time to study it. No further meetings are scheduled at this point.

There’s a lot going on between SAG and AFTRA

AFTRA has an election coming up this fall and SAG is currently running a campaign of their own to the chagrin of AFTRA. For two unions that represent a significant portion of the same people and overlap in a variety of ways, it would be nice if they could get along for the sake of their members, or as some have suggested, merge and unite under one banner.

Where does this leave those in the middle? Is there a middle?

As SAG and AFTRA continue to spar, take a moment to read this article written by a former union member with Financial Core status, Lani Minella, and her take on this often intentionally neglected yet very real dues paying non-member union designation.

Okay everyone, I’m sure I can tick off a lot of people by opening up this Pandora’s Box, but I really want to clarify a few things which I’m happy to expound upon later if asked.

The only thing they can’t do is vote on union issues and IMHO (in my humble opinion), the union doesn’t ever consider it’s members’ votes anyway.

Yes you can join as Fi-Core even though many union peeps may try to tell you otherwise. It is not true that you have to join as union first and then go fi-core!

Where some agents stand

There has not been a talent agency union franchise agreement in place for over a year and a half. The agents got ticked at the union trying to tell them how to run their offices and denying the agents the ability to earn extra money by either teaching or co-producing projects and as a result, agents have nothing against you being Fi-Core and there’s no stigma involved.

No clients will ever know you are FiCore

That is something the union wants to keep a secret because once it gets out how many people are Core, the union would have No Clout at all. When a client Station 12s the list of talent that will be used on a union project, they submit the talents’ social security numbers and the union responds with either the words “Okay, Must Join, or Taft Hartley” beside each actor’s name.

Charlton Heston who once was the president of SAG was Core and there are tons of well-known actors who have gone that route.

Most talents do not know that a client has to pay 60% extra on top of the actual union wage to the payroll company to cover state and federal taxes, the Health and Retirement 14.3% and the 10% agency fee.

If you do a cartoon (that’s direct to DVD) you only get the half day rate for the entire full first day. If you work beyond the first day, rates return to the above. Not sure if this is different for cartoons that are aired.

As FiCore, if you work a union gig, your 14.3 % is still paid and goes toward your possibly qualifying to buy your own health coverage. You have to earn a minimum of $15 K a year as a single actor to be able to purchase union health coverage. It’s not free.

If you are already union and considering going FiCore, all you have to do is fax or mail your union office a letter stating that effective immediately you are going Financial Core Status and you wish your dues to be adjusted accordingly. You won’t save more than about 90 cents on dues, but after they get your letter, someone will inevitably call you to try and talk you out of your decision.

Does Anyone Else Know if You’re FiCore?

They will tell you how it could cost you over $1000 to reinstate yourself to full union status (why would you ever need to?) and they will try and tell you how you are hurting the union’s ability to best serve you. That’s BS. As I said, no one will ever know you are FiCore except the union and you. I was full union status for SAG and AFTRA for over 15 years and I went FiCore about 2 years ago. Never a problem.

You have to mail them back your precious membership card (Big deal–go to Kinkos, make a color copy and frame it if it’s so dear to you.)

No one will ever ask to see your card.

If you go to a union job, you are considered union.

Agents can talk freely about FiCore now without thinking a Mobster from the union will slit their throat.

Here are a few issues I have about the union.

It’s supposed to be a national union that we belong to. But instead of facilitating us being hired outside our locale, the union makes a client prove they’ve done an earnest local search for talent and couldn’t find anyone with your qualifications before they are “allowed to bring you into their locale.”

Technically with everything being electronic nowadays, this seldom presents an issue, but when it comes to travel fees, it can cost the client more than your performance to pay for your travel anytime you go outside the 30 mile radius from the nearest union office… figured on $139/per hour and 39 cents a gallon for gas. Boy they sure don’t pay well for gas. Anyway, your mileage is figured out using something like MapQuest from your door to the studio’s door.

Being that our union offices in San Diego closed years ago, LA is considered our office. But if we try and get the travel fees we are entitled to as union members, LA clients will either find a local talent or say, “If you want the job… all it pays is scale… take it or leave it.”

Yes the union will fight for you if you tell them to, but you will soon be blackballed in the industry if you do.

So even though we belong to a national union, it’s rather discriminatory as far as making jobs universally user-friendly to actors in different cities.

Same thing goes if you have a problem getting an agent or a problem with the agent you have. The union will follow up on a complaint if you file one, but they will admit that if you stir up things, you’ll soon be on the undesirable list.

I respect anyone who doggedly stays totally union, but I merely wanted to point out some facts which few people know to allow everyone to make up their minds based on truth rather than rumor.

NO one will blackball you if you are FiCore. On the contrary, agents love it when they can send you out on every kind of job. And no clients talk to each other comparing notes about how much they paid a certain actor for different jobs.

Does FiCore Mean Not Paying Dues?

I’ve had people think FiCore means we don’t pay dues, but we pay 99.99% of the same dues as every other union member. We don’t save $5 anymore either for belonging to both unions. Membership dues are also increased every time you earn more with each union job.
Here’s the last thing many people don’t know about collecting unemployment from a union job. Just like our normal unemployment works by being cumulative… once you reach a certain quarter, every union job you work for will allow you to go collect unemployment the day after you record for that client.

Yes you can even do that as a FiCore member as long as the job was a union job. They say the LA unemployment office has a special side door for the big stars to collect after they finish their multi-million dollar movies.

What’s bad about this is how this client you worked for, who may have several full time employees at their business that they pay unemployment insurance for… maybe hit with a rate increase for their unemployment if they start getting a lot of claims by actors who may have only worked for them in a studio for an hour.

And here’s the final question which few people can find an answer to;

Of all the Health and Retirement contributions we’ve put into the kitty over the years—–what can we expect to reap (dollar-wise) when WE retire?

Lastly, people have considered legal action against the union because it seems unethical to be a dues paying NON member. How can you pay dues to NOT belong to something?

But no one has followed up with that idea because the union is its own CLUB and can have its own rules.

Is it a good time to get into voice acting?

It’s a great time to be in VO. The market has gotten huge and global since email and MP3 technology exploded. When I started in 1990 everything was controlled by the Big LA & NY Talent Agencies – now there are international online casting companies as well as more small agencies jumping in on this lucrative and ever expanding business.

This article was republished here with the purpose of facilitating a conversation. We are welcoming opinions from all perspectives on this issue. 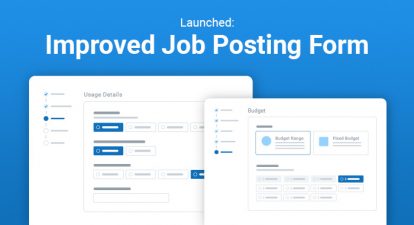 We updated our job posting form to help clients give talent more information about where their audio will be heard and what their budget is. 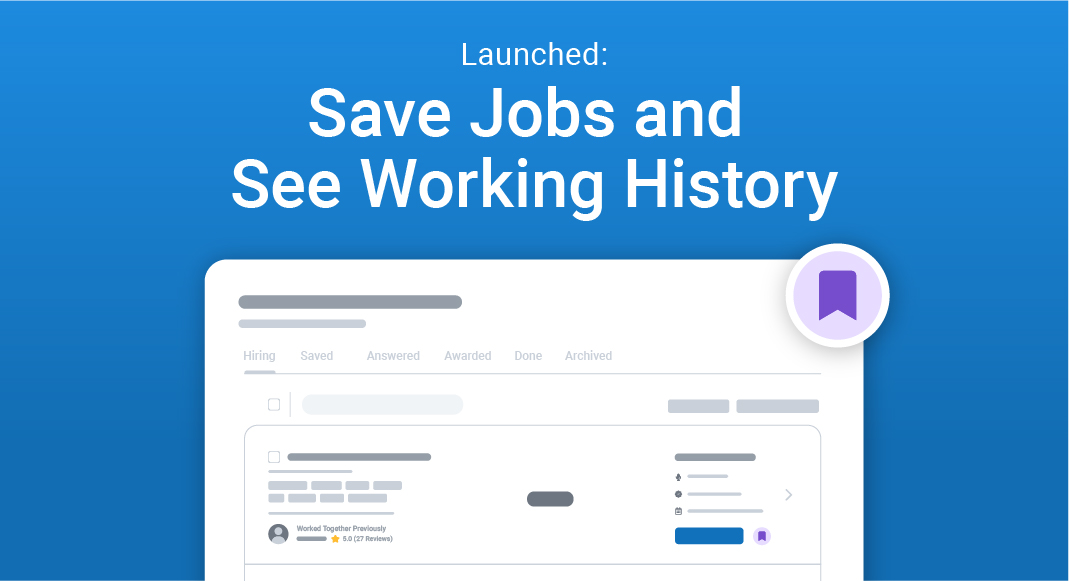 We are excited to announce Saved Jobs! Now, talent can save all of the jobs they are interested in responding to in one, easy-to-find place. 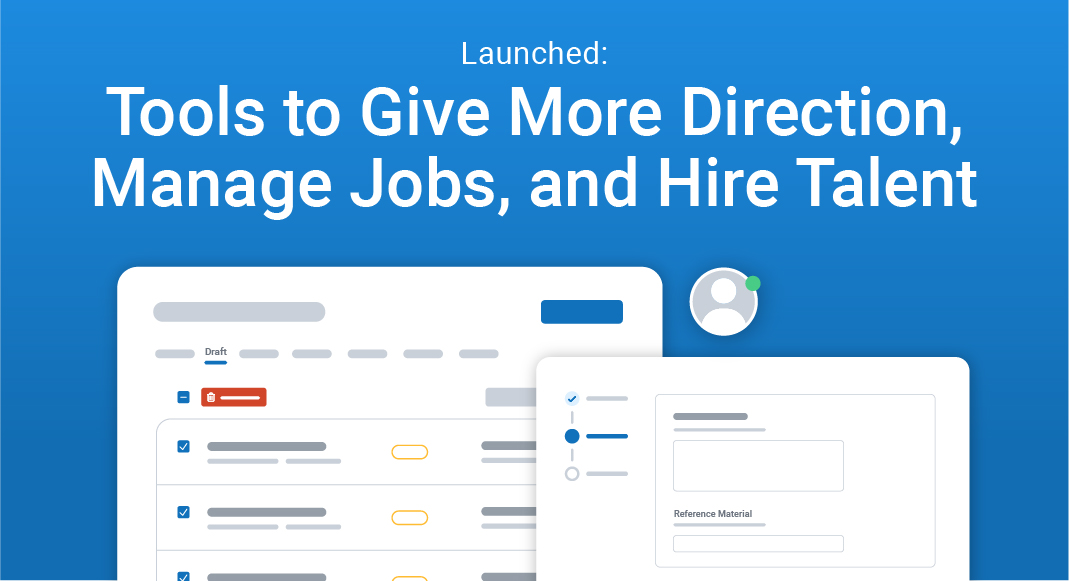 We’ve made improvements to how our clients manage jobs and how they can give, and get, more information to make better hiring decisions.