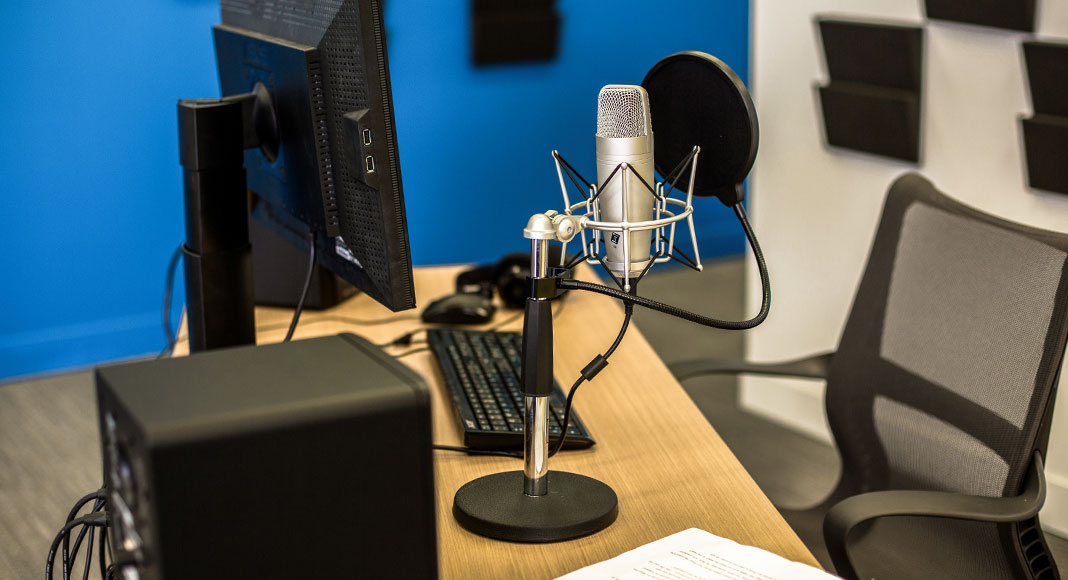 How to Get The Best Skype Sound Quality

Since it was released in 2003, Skype has become a crucial communications tool for individuals and businesses alike. But while adoption of the platform has soared, so too have the number of articles written on how to improve sound quality.

There are many quick fixes you can employ to make sure that you’re getting the most out of your onboard mic and speakers, however, for professionals who work in audio, onboard equipment will likely never cut it…so if you really want the best Skype sound quality, this article is for you.

As the founder of boutique production house, Creative Rebellion, Noam Kroll not only takes his Skype setup seriously – he’s passionate about helping other creatives make the most of their technology. In addition to writing, producing and directing films and commercials, he also hosts the ‘Show Don’t Tell’ podcast.

Here are Noam’s tips for getting studio-quality Skype audio, in a cost-effective way.

Q. Tell me about your podcast hardware and software set-up: how you get amazing Skype sound quality?

My setup is very simple and low cost.

I have an Audio-Technica ATR2100 mic mounted to a small Auray Reflection Filter (and stand), which is then run into my Zoom H6 recorder via XLR.

The microphone I’m using is USB compatible, so I could plug it directly into my computer if I wanted to, but running it through the Zoom (and then connecting the Zoom to the computer via USB) gives me better quality results, as the Zoom H6 acts as a pre-amp.

With regards to software, I have a plugin for Skype called Call Recorder, that, as the name suggests, allows me to record any calls on Skype, even if I am dialing into someone’s cell phone.

There’s also a great service/website called Cast that I am going to experiment with soon as an alternative to recording through Skype.

Q. Why shouldn’t you use the onboard computer microphone for recording?

I am by no means an audio expert, as video/film is really my area of focus. That said, when I decided to launch a podcast, I still wanted to strive for the best quality possible. I aimed to do so without breaking the bank and without creating an overly complex system.

I already owned the Zoom H6 recorder – which is the most expensive part of the setup – so I started from there and looked for the missing pieces, eventually building up to the setup I’m using today.

Really, [the audio setup] was born out of a need to record quality audio in the most simple and cost-effective way.

As a filmmaker, I learned early on that sound is actually more important than visuals with regard to audience perception.

In other words, a film with great video quality but poor audio quality will be seen by most people as having lower production value than a film with poor video but great audio.

When I decided to start my podcast, I carried over this understanding and searched for the best ways to achieve good sound within my means, knowing that it could be a deciding factor for audiences that may eventually become subscribers of the podcast.

Q. How should others test their audio recording setup?

I would start by simply recording some test audio and comparing the sound quality to something professionally recorded. This will give you a good baseline and will make it pretty clear where your issues may be. You’ll know right away if you have a problem with reverb, background noise, or many other common issues that plague sound recordists. From there, you can address each of those issues one at a time until you’ve gotten the sound exactly how you want it to be.

There is no sense buying too much gear or setting up your room or studio too definitively before you’ve done some test recording, as every setup and room is different.

Knowing where you stand as a starting point is the best way to know where to go next.

Q. What is a good resource for learning how to get great audio quality?

One place to start is Curtis Judd’s YouTube Channel.

I met Curtis a couple years ago when we collaborated on a shoot in Salt Lake City, and since then, I’ve realized he has a great YouTube channel for filmmakers and sound recordists who are looking to learn more about gear and technique.

Q. Do you have any other advice?

Probably the best piece of advice I could give someone on sound is to really understand technique. Often times, people look for the most expensive tools and gear in hopes that it will make their work stand out, but a lot can be done with very little if you understand some basic audio principles, mic placement techniques, and other fundamentals.

Great gear is a bonus, but it will never substitute for technique!

Noam Kroll is a Los Angeles-based, award-winning Film and Commercial Director, and founder of the boutique production house, Creative Rebellion. His work can be seen at international film festivals, on network television, and in various publications across the globe.

Passionate about sharing his knowledge with other filmmakers, whether they are beginning or established, Noam is also a prolific content creator and educator. He’s the host of ‘Show Don’t Tell,’ a podcast on micro-budget filmmaking, and his blog for filmmakers and creatives contains a wealth of information on both tech and technique.

You can also listen to more advice and insights from Noam Kroll on the Sound Stories Podcast, hosted by Voices.com Co-Founder and Chief Brand Officer, Stephanie Ciccarelli.