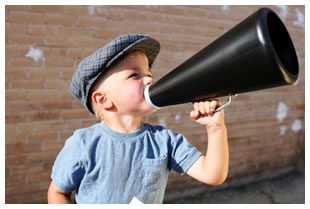 How To Learn a Dialect

So, how do you learn and use dialects and how do you make sure you’re on the right track? And where do you start?

In today’s VOX Daily, Deborah Sale Butler shares a number of applicable tips pertinent to speech and the voice-actor.
This article explains the uses and acquisition of dialects and character voices for voice-over work!

How to Learn a Dialect

By Deborah Sale Butler
My name is Deborah Sale Butler and I’m a speech, dialect and accent reduction coach in Los Angles. I’ve coached actors for film, television, stage and voice-over for over twenty years and I’m an actor myself, so I know what a voice-actor will need on the job.
A while ago, I was recording voices for Everquest, a popular role-playing game. I really like these sessions, since I never know until I get into the studio, just what kind of characters I’ll be asked to play. I enjoy the challenge of coming up with (sometimes) up to seven different characters in just under a couple of hours.

Often, the character descriptions call for a specific dialect (usually, for games, it’s some form of British).
Since I love dialects, and character voices, it’s like playtime for me. But for some actors, being asked to do a dialect is like being asked to take the eating challenge on Fear Factor – Blech! These actors are usually pretty honest about their abilities, and while they may be limited, they won’t get into too much trouble.

Unfortunately, everyone isn’t so honest (with themselves or potential directors). When asked if they do dialects, they say, “yes, of course!”
Now, as an actor, I’ve heard a million times: whatever they ask, just say, “yes!” But saying you can do dialects when you can’t is a really bad idea. First of all, in voice-over, your vocal performance is all you’ve got, and if it’s lacking, it will show. And you may not get another chance with that director.

For example, during my last Everquest session, I remarked to the producer that it was good to have a lot of dialects for this project. He agreed, but then he said, “I wish everyone who said they could do dialects could actually do them.”
I didn’t ask, but I’d be willing to bet that the actors who couldn’t match their resumes, weren’t invited back. And that’s a real shame on a project like Everquest, which is ongoing and can offer lots of repeat work.

So, how do you learn and use dialects and how do you make sure you’re on the right track? And where do you start?
If you’re not trying to learn a dialect for a specific role or audition, I’d recommend doing a little research on the types of dialects or accents used most frequently in the work you’d like to do. British dialects are useful for all types of animation. French, German and Russian accents used to be big, but Spanish, Australian and American Southern and Western seem to come up more often for me now.

By the way, for our purposes, the difference between a dialect and an accent (in English) is that someone with a dialect speaks English as their first language, and it is colored by the place in which they live. New Yorkers, Australians and British Islanders all speak English differently, but it is their native language.

An accent, results from someone who speaks one language, attempting to speak another (in this case, English). If you were speaking English, but were playing someone from Russia, China or Afghanistan, you would be speaking with an accent. Listen to the shows and games you like and take note of any dialects or accents used. You may want to start with those you hear most often. If you have trouble identifying the dialect or accent, take a sound sample to a dialect coach to sort it out.

Once you’ve chosen a dialect or two, you need to begin the transformation process. Think of learning a dialect the way you’d think of creating a character voice. You don’t want to sound like someone wearing a funny voice or dialect like a bad coat. You need to create a full-blown character for each dialect. Remember, you can adapt this character later, but it’s good to have a three-dimensional person from which to deviate!

So Let’s Go Over Some Basics:

This may seem obvious, but “American Southern” is a very broad field consisting of many, many different dialects (do you want to sound like Scarlett O’Hara or Jeff Foxworthy?), and you can find hundreds of dialects in the British Isles. So, start with something like “Atlanta, Georgia” or “South London, England.”

2) Do Some Research About the Place Where Your Character Lives

In order to create an authentic-sounding dialect or accent, you need to know what influences a person from that area. For example, what is the weather like? Is it a predominantly wealthy or working-class area? What would your “character’s” likely level or quality of education be? What are the religious, political and social influences in the area? You’ll start off creating a character who is your age (you can play around with that later), so find out what your peers are like in the area.

3) Listen to Real People (First Person) Samples From the Area

Once you know a little about the place, go to a site like “IDEA Dialects” (IDEA stands for International Dialects of English Archive) and find a real person speaking with that dialect or accent. There may be a number of recorded samples from the region, and you should listen to all of them to get an idea of how you might like to sound. Another good resource is VASTA.org (the Voice and Speech Trainers Association website).

Look under “resources.” Important note: The dialects on these sites are of “real” people, not actors, so certain aspects of their speech may not be usable for a Stage Dialect (see below). Also, if you are researching an accent, you may want to hear a sound sample of the person speaking in their original language. I find that it helps a lot in finding where the accent “sits” in your mouth.

4) Find a Good Resource for a Stage Dialect

(as opposed to the real people recorded above)
A Stage Dialect is my term for the “cleaned up, but still authentic” version of a dialect, which keeps the rhythm, placement and sound changes of the original, but has the best chance of being understood by your audience. Ginny Kopf’s book “The Dialect Handbook” is my bible when it comes to finding resources in book, video or recorded form. You may have to play around with various media to find what works best for you.

5) Practice With the Materials You’ve Found

First use imitation, then use the same accent or dialect with a script or reading a magazine. Be sure to record yourself and play it back at every step of the game.

Pick a “dialect buddy” to call on the phone and speak as your new character. Be sure your buddy understands that they are not supposed to critique your voice, just talk to the character. In order to keep the character “pure,” I recommend you call in character, talk, hang -up and then call back as “yourself” later.

7) Work With a Coach

This can happen at any time from step one through step six. If you don’t have a natural ear for dialects, or you find that you’re just not sounding the way you’d like, or even if you think you DO have it, but want another ear, you can call a coach to be sure you are on the right track. A coach will listen critically to the sounds you are making and can help to make any changes you need.

It’s important that you work with a professional when changing your speech or creating a dialect, as most people (friends, family, other actors) really have no idea how speech works, and even if they hear you making sounds that seem “wrong” to them, they may not have the faintest idea of how to fix it – or worse – they think they DO know how to fix it and end up really messing you up (I’ve had many students who have been frustrated by their well-meaning friends’ and families’ attempts to “help” them).
Repeat the process until you have the dialects you feel you’ll need for the type of work you’d like to do.

8) Keep Your Ears Open for New Sounds and Interesting Dialects

You never know when someone you meet on the street might be perfect for a Dark Elf or a mysterious intergalactic smuggler.
And, if all of this seems a little daunting, you might just want to check out a regular speech course (for actors). Becoming aware of your own speech patterns can really help in changing them to any other kind of speech you may need. It’s a fun process of exploration, and if you feel more comfortable exploring with a group, speech and dialect classes might be for you.

So, whether you’re working on your own, with a private coach, or in a class, I wish you a happy journey of discovery into lands unknown (or at least unheard) before.

Are you a student of accents and dialects?

Looking forward to hearing any comments you have for Deborah or about your own experiences!
Best wishes,
Stephanie