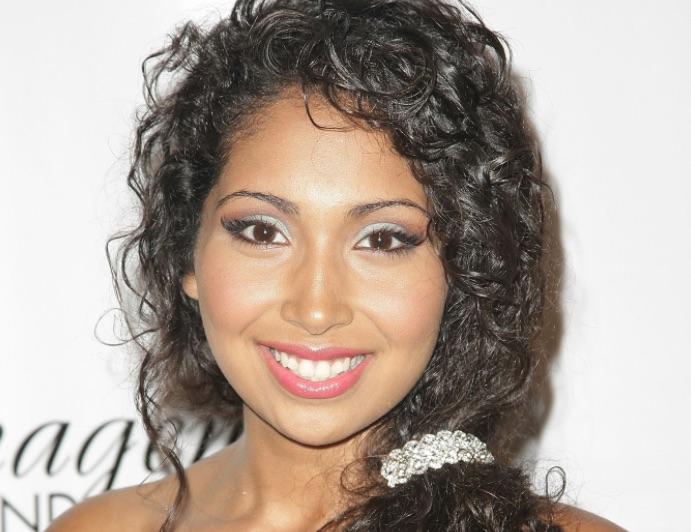 For ten years, Kathleen Herles was the voice of Dora the Explorer, one of the most famous voices on television.

Since graduating from high school and moving on to college, she has retired from her role as Dora and is looking forward to what her future career may bring.

Join me in this conversation with Kathleen Herles as she shares what it was like to provide the voice of a beloved character in a runaway hit and how her experiences both in the studio and out impacted her life growing up Dora.

VOX: Thank you very much for joining us here today, Kathleen! I’m grateful that you’re able to share some of your experiences with us. Many people know you best for your work as the original voice of Dora the Explorer. Last September, a new chapter of your career began as you left Dora behind. Was turning the page hard and how have things been going for you since then?

KATHLEEN HERLES: It was definitely sad to leave the show because that’s what I grew up with. However, I knew no ties would be broken between all the friends that I made. During this time I had just graduated from high school. I now attend Pace University. I still go on auditions and just hope for the best.

VOX: As you were the first voice of Dora, literally everything about her personality audibly is credited to you and your voice over artistry. How old were you when you were cast to perform her voice and how did you come to get the job?

KH: When I was 4 years old I was attending a modeling school and I went to the MTA convention and was discovered by my manager Shirley Grant. At 7, years old I went to audition for the voice of Dora and the same day I found out that I had gotten the part. That day was one of the best days of my life. I didn’t have to change my voice when I started Dora. That was my voice as a child. Creating and being a part of this amazing character is such a great honor.

VOX: How many years did you record Dora’s voice for? Did you find it challenging to maintain a certain “voice age” as your own voice was becoming more mature in your teenage years? Why or why not?
KH: I’ve been the voice of Dora for ten years. As I got older it was definitely a challenge to maintain my 7 year old voice, but it was fairly easy after.

VOX: If you could choose 3 adjectives to describe Dora’s voice, what would they be?

VOX: Over the years, your voice became synonymous with one of the most captivating, beloved cartoon characters on television for the preschool and primary set, parents and babysitters everywhere. What does this kind of iconic status mean to you, and also, did you realize at the time just how much of an impact you made or is it more apparent now that you’ve retired from the role?

KH: At first I had no idea this was gonna turn out and be such an impact. As I got older I could understand more of what I was part of. When I would do appearances and meet fans and their moms I couldn’t even comprehend the love they had for Dora. Some mothers even started to cry and a lot of those times I realized how much of an impact this show was, and I could not believe it. I was awarded many times for the voice of Dora and being part of it. Knowing that I was a role model for millions of children definitely added pressure but it was cool at the same time.

VOX: Dora speaks both English and Spanish. Being bilingual, this must have been easy for you to do. Are there any words or phrases that were translated on the show for the audience on the series that you count among your most memorable? Why did these particular lines stick out to you?

KH: Being bilingual is another thing Dora and I have in Common. Dora always uses Spanish to encourage kids like Excellente, Fantastico. She always loves to speak Spanish and wants to share it. Bate Bate chocolate is one of my favorite Spanish songs from Dora. Its sticks to me because in the episode Dora and her grandmother make fresh chocolate from cocoa beans and it reminds me of memories I have with my abuelita.

VOX: That’s wonderful! I know that song myself and can attest to how memorable it is. Moving along, was it hard to get other voice over gigs growing up because you were the voice of Dora, or in other words, did the fact that you voiced such a high profile character pose any problems working for anyone else?

KH: No it wasn’t hard at all. I was in Sesame Street and was part of several commercials and print jobs.

VOX: Have you been able to meet any of your fans over the years and are there any special moments you could share with us? Also, what do your fans mean to you?

KH: Yes I have had the privilege to meet a lot of my fans. It’s so overwhelming and amazing when I do. Kids are so cute and so funny and ask the cutest things. One time I made a little cry because he probably had no idea what was going on. It was sad but cute.

VOX: You’ll be judging the Best Child Voice Voicey Award this year. Do you have any words of encouragement or tips for the children who were nominated this year?

KH: My advice would be to just have a lot of energy and fun because it shows a lot in your voice when you do and Good Luck! Buena Suerte!

If you’re a fan of Kathleen’s work as Dora or enjoyed this interview, be sure to leave a comment and let us know what you think!
Best wishes,
Stephanie