What is an NDA and When Should One Be Issued?

Are you booking a voice talent for a major client? Did you sign a secrecy agreement?
Have you considered all parties involved?
At Voices we often marvel at the incredible voice-over work produced by the talent at our site for every kind of company from Fortune 500’s down to small mom and pop shops that need a quality IVR recording.
As a general rule of thumb, and sometimes because we’ve signed a Non-Disclosure Agreement (NDA) ourselves, we keep the names of the companies within these walls unless we’re granted permission to speak about them publicly.

However if you are commissioned to hire a voice actor for your clients project, and you signed an NDA with the company, you should in turn consider issuing an NDA for the voice talent you hired to record the project.
Join VOX Daily today as we explore the what, why and who of issuing a non-disclosure agreement.

What is a Non-Disclosure Agreement?

Why would you need to issue an NDA?

In terms of voice-over, an NDA may be desired if the script contains any proprietary or intellectual information. This can range from:

Some companies do not want the voice talent to reveal themselves as a general rule because they want the voice, not the actor, to be associated with the brand. Keeping the actor who performs the voice-over unknown is a way for the company to protect their image should the actor become involved in a scandal of some kind or otherwise not align with the branding perceptions they have created for themselves.

Voices is a third-party conduit for casting and hiring a voice actor. Because the talent listed with us are freelance, and are not contractors of Voices, they are not bound by contract or obligation to keep the projects they work on a secret.
As such, if the you or your client would like to keep the details of the job confidential it is best to have the voice talent you are working with sign an NDA. The the best time to indicate this is right in the details of your job posting so they are aware of this requirement upfront.
Another thing to consider is posting a Private audition for a select few talent that you choose from our directory rather than posting a Public (Open) audition to keep the details of your job and script confidential.

The best option for very sensitive projects is to contact our Professional Service Team who can keep all of your information private as well as do all the legwork to set up the audition and get you the best candidates.
Voices is also willing to sign an NDA should the need arrise but it should be noted that a seperate one should be issued for both Voices and the voice talent.

Do you have any questions about how to submit an NDA?

If you need an NDA form, an example can be downloaded from our Frequently Asked Questions. Just type the word “NDA” into the FAQ Search field to pull up the corresponding response.
If you have any questions about NDAs or would like to add your two cents, please feel free to comment below.
All the best,
Lin
©iStockphoto.com/Courtney Keating 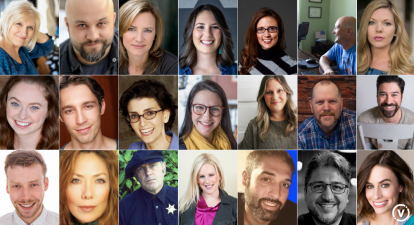 Voice Over
The Best Books and Podcasts for Voice Actors

Take your voice acting knowledge a level deeper with the best books and podcasts for voice actors recommended by the experts. 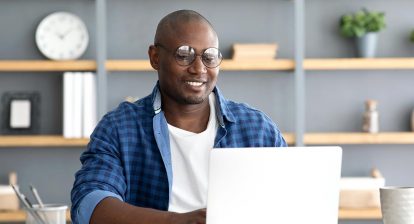 Inspiration
How to Create a Winning Creative Portfolio

Are you compiling a creative portfolio to showcase your strengths and win new clients? Learn how to make the most of your portfolio samples.