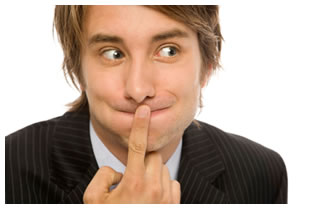 When and Why NDAs are Used in Voice Over Contracts

If you’ve been a voice actor for any length of time and are doing well, you may have run across situations where your client has made you sign a non-disclosure agreement (NDA) or advised you not to share that you are the voice of their campaign, product or company.

Although you may have had to sign one, have you ever thought about why you were asked to and what the motivation behind that request was?
This article covers a number of reasons why non-disclosure agreements could be used in voice over contracts. If I’ve missed one, let me know!

An NDA (non-disclosure agreement) is a confidentiality agreement, usually between two parties, that is signed agreeing not to disclose certain details of a business deal, which can often include clauses that prevent individuals from sharing that they have even worked together.

Could NDAs Be Used to Fuel the Fire of Fanatical Debate?

In our industry, a lot of high profile work goes uncredited in a public sense, for example, commercial campaigns for Apple’s iPhone TV commercial that aired in 2007. One report said it was the voice of John Krasinski of the hit television sitcom, “The Office”. When we covered this story, (it was just breaking), all of a sudden people started popping out of the woodwork denouncing the claim, strongly suggesting that someone else, a Glenn Martin who worked for Apple, had recorded the voice over, not Krasinski.

So, like any good journalist would do seeking truth, I set out to contact Glenn Martin’s agent and also telephoned Apple’s public relations department to get a confirmation. The agent never responded to my email to confirm and Apple’s lips were sealed, not confirming or denying who the voice was. After more research, I found that Glenn Martin did at the time have an Apple spot on his demo, however everyone in a position to officially confirm the information was mum on the subject.

Perhaps allowing the controversy to continue brewing worked more in their favor than actually confirming who it was because it kept their brand and commercial alive in discussions on the topic, with people on both sides of the argument passionately asserting their opinions.

NDAs Can Be Used to Serve and Protect

There are instances where NDAs are used to keep something under the radar, including the contents of the script, in order to protect someone or a particular group of people.

One such example can be found in the expert panel discussion at the 2009 Voice Coaches Expo when it was said that a friend had recorded voice overs for a branch of law enforcement specific to prison guard training. By not revealing the contents of that script or potentially the name of the artist, an entire profession is protected because that information is not disclosed.

Sometimes NDAs are used from a competitive standpoint, hiding the identity of the voice talent, producing an incognito VO as a result. One example that I can think of is how America’s Republican Party, during John McCain’s run for the presidency in 2008, chose to conceal the identity of their campaign voice “Joan”, stating that her identity was a corporate secret.

We’d Rather Nots for Intrigue, Mystery and Awe

You may find that you are not bound to an NDA legally but there is still an air of, “We’d rather you didn’t promote the fact that you recorded this,” which makes you hesitant to claim the work as your own or mention it in detail on your resume.

While there are no technical or legal restrictions, you may feel bound by your desire to keep working for the client and agree to not list them among your recent customers. By not openly revealing who did the voices for something, a company may be trying to maintain an air of mystique, or perhaps, magic.

Disregard For Credit Where Credit is Due

If you find none of the above were the case but you still were not credited for the work (assuming it would have been reasonable to do so), there is reason to follow up and see if it was an oversight. Recently, I reviewed an audiobook that upon first glance, had hidden tracks.

To my delight, I excitedly wrote about the extra material that I considered to be a bonus and contacted the voice talent to congratulate her on her work, only to find out that she, although featured narrating 4 tracks on the CD, had no idea that her work had gone uncredited on the CD packaging and on the publisher’s website.

This product had also been nominated for a Grammy! Upon this realization she decided to follow up with the producers to inquire to see if it was indeed an oversight. Considering her talent and involvement in the project, I sincerely hope that is was an oversight.

Has something similar happened to you in an instance where crediting talent is customary? Check it out and see if you can resolve the issue! That’s one great way to get recognition for your work that goes beyond a paycheck.

If you have any comments that you’d like to add about your own experiences, or comments to do with the article in general, you’re welcome to join the conversation with your thoughts. 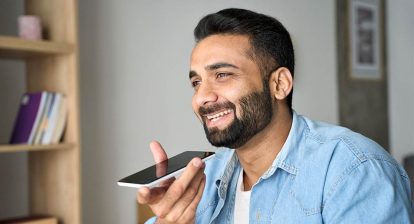 From Clubhouse to Twitter Spaces, social audio is on the rise. Here's everything you need to know about emerging voice-based social media. 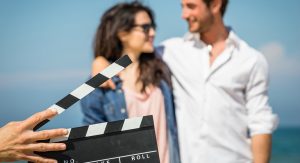