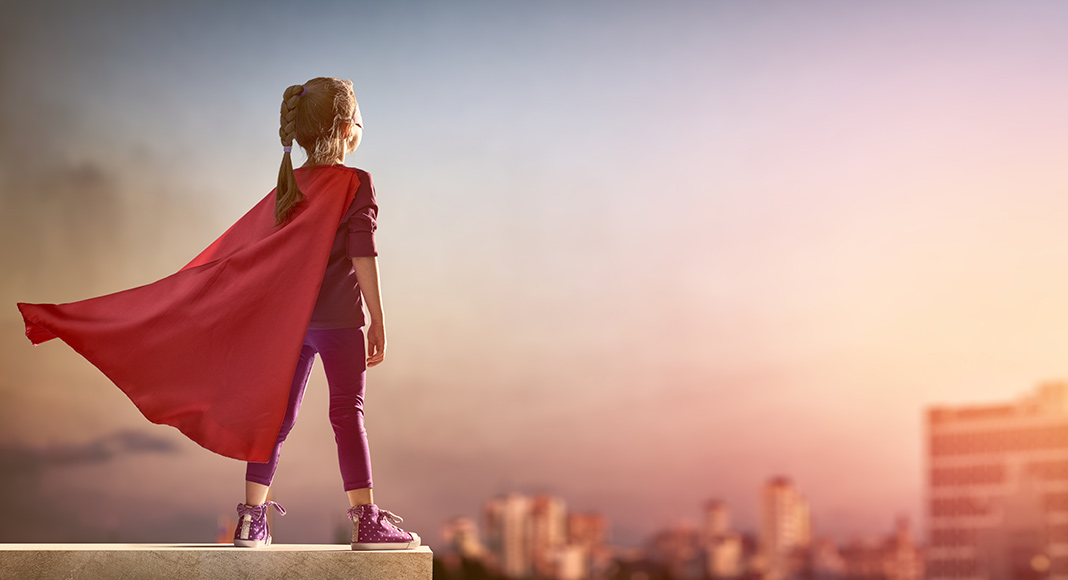 How Hearing Loss Guided David J. Goldfarb to a Successful Career as a Voice Actor

While everyone’s journey to finding their passion is different, it may still seem counter-intuitive to think that someone born with hearing loss would find their way to voice acting.

Yet, this was exactly the case for David J. Goldfarb.

“I was born with binaural hearing loss (hearing loss in both ears) and so I learned early in life almost as a survival skill, to compensate with humor and antics,” he says. “While there wasn’t anything else physically wrong with me, my hearing deficit helped guide my fate. Perhaps subconsciously, I turned a loss into an asset.”

For David, his path may have gone much differently if it hadn’t been for the unique attitude he adopted as he navigated his way through life.

As part of his ‘shenanigans,’ (as he calls them), David began to create characters and test out impersonations to make people around him laugh.

“I kept everyone (except most of my teachers) at my school laughing – and to this day, my 5th grade buddy, Michael Cimino, reminds me of how I made him laugh so hard that Coca-Cola shot straight out of his nose,” he says.

“As you can imagine, while teachers considered [my acting] to be a problem, I only knew it helped me cope with certain aspects of missing information,” he says, adding, “And I made friends that way.”

Later on, when David entered his twenties, he became a candidate for hearing aids.

“When I went to college, I tried my first pair of hearing aids and a whole new world of sound opened up to me.”

Embarking on a Career as a Storyteller and Performer

“As far back as I can remember, I loved to tell stories and decided early on to embark on a career as a performer,” David says. “Voice overs were a natural offshoot of my love for stand-up comedy.”

When David was in college he was selected to be one of the final five comedians on the MTV Spring Break National Comedy Contest. Feeling the rush of a cheering crowd along with the ‘out-of-this-world experience’ of getting to perform right after Judd Apatow (another national finalist) was just the beginning.

“I was hooked and I knew that working in front of people and in front of a mic to utilize my acting and voice skills was what I wanted to do in life,” he says. “Judd gave me a priceless lesson in using improv. Just about all of his material for the MTV show was taken directly from his surroundings and written pretty much on the fly. He was hysterical without trying and he made it look easy.” 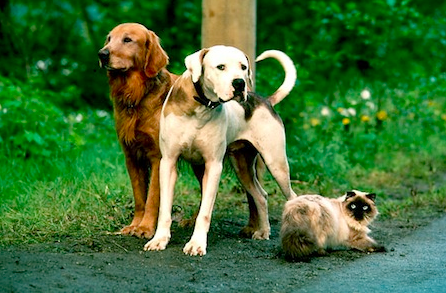 Not long after competing in the MTV Contest, David was hired by Disney to voice Chance, the main character (and American bulldog) in the Disney movie, Homeward Bound: The Incredible Journey.

“The producer took me aside as we were preparing to shoot the first scene and said, ‘See if you can look into the soul of Chance and imagine what he’d sound like if he could talk,’” David says.  “It was an education, doing dubs for Michael J. Fox…being on set every day and working with other professional actors.”

“After the recordings, it was even more exciting and eye opening to be a part of the post-production work,” he says. “Flying to Burbank from Seattle, visiting Disney’s impressive recording studios and having the chance to perfect my technique working with an established film director was, for me, like getting a free pass into the inner-sanctum of the Wonka factory.”

“Compensating for my hearing loss requires the ability to really listen and hear what is being said (and pay close attention to subtext and body language). I make it a point to really watch people and study their visual cues. It was something I had to do in order to survive in a world where most people heard things that I missed,” David says. “When Volkswagen hired me to spoof Captain Kirk for their Touareg campaign, in all honesty, I didn’t have to work too hard. I enjoy the world of science fiction, where things are possible and imagination is the only limit. I loved Star Trek as a kid and used to study the actors in each scene. I memorized pretty much every line from all the original shows. Although, not by choice, memorization is just another tool I’ve had to learn along the way that has helped me in my career.”

“For voice actors and clients working together, open communication is the key,” he says. “The client gives the script and the direction. The voice actor brings experience, talent, and their unique take on the world. There’s collaboration and mutual respect. And if you’re lucky, you’ll create something memorable that works for the client and provides a bonanza for people’s blessed pair of ears.”

“The Volkswagen client asked me for some funny Shatner vocals to bring the character to life beyond parody and he also wanted me to find the right balance of communicating the selling points about the car and inserting my quirky humor – without derailing the performance. We’re in the commerce business, after all.”

In 2013, David decided to move to Los Angeles to pursue more substantial work, and was happy to land a gig with Nintendo as the voice of Ludwig in Mario Kart 8.

“I had never played the game and didn’t know the characters so I had to get very busy learning Ludwig and his motivations. The director told me to play up Ludwig’s quality of being an arrogant musician,” he says, adding, “Fortunately, I have music in my DNA. My grandfather wrote The Dreidel Song and Shalom Aleichem, and I play piano by ear, which is also ironic, given my hearing loss.”

With the latitude given to David by Nintendo, he was able to really connect with the character.

“I focused on becoming the character. My job as I saw it, was to integrate our personalities and channel Ludwig as he went through new experiences and adventures. As the producer and sound engineer played the music along with the animated visuals, I found myself providing grunts, yells and laughs…both mimicking the character’s established voice and adding my own interpretations and nuances,” he says. “I worked closely with the client and used a mixture of both mimicry and improv. I got out of my head, and just let myself go.”

To date, Mario Kart 8 has sold over 8 million copies. 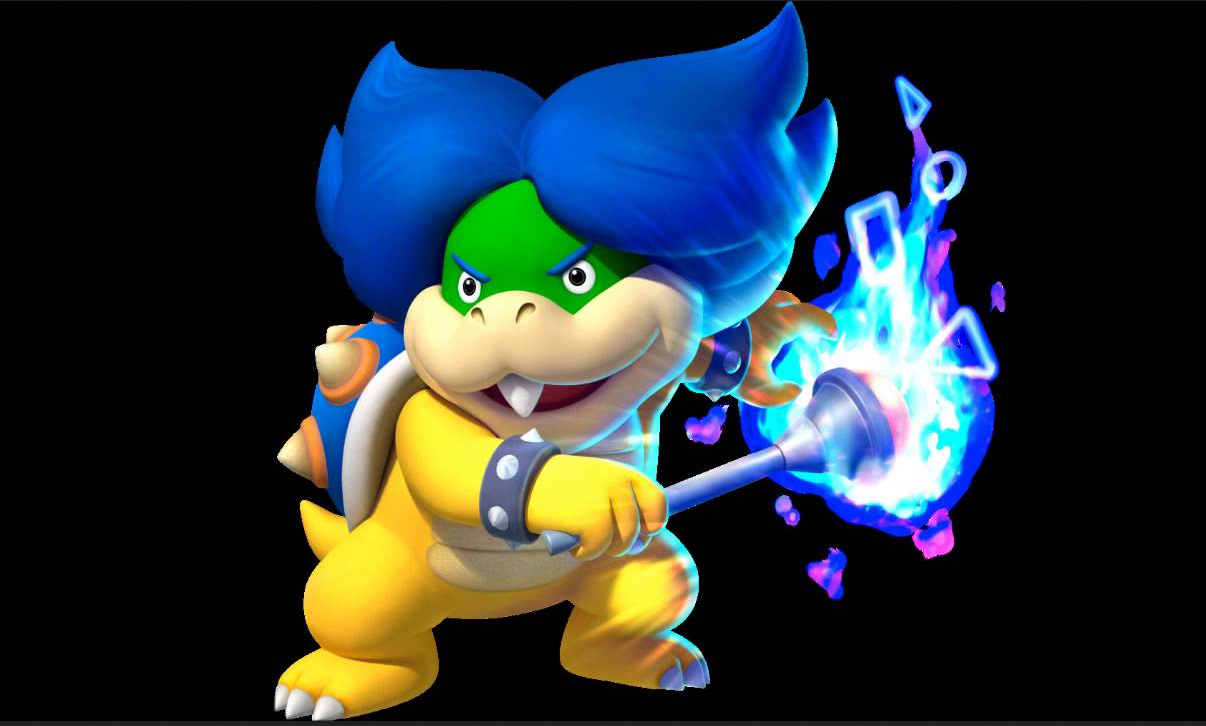 Fast forward to 2017 and David is still living in Los Angeles, living his dream as a character creator focusing on film acting and voice over work. He recently collaborated with Sunil Thankamushy (DreamWorks), who directed the animation in the game, as well as worked on on such top sellers as Medal of Honor and Call of Duty.

“Sunil hired me to create the voices for his new AR (augmented reality) game that helps kids learn about dinosaurs,” he says. “From the nutty old archeologist professor to the crazy sounds emanating from the prehistoric creatures, using AR technology, it was a pretty cool project. Working with an animator to create sounds for long extinct creatures required imagination and giving myself permission to fail. And here’s where the improv classes became a feather in my cap: ‘David, I can’t believe these sounds came from a human being.’ Sunil said. ‘Are you kidding?’ I replied. ‘I can’t believe you’re paying me to make these sounds.’” 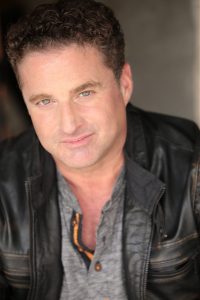 David J. Goldfarb is an Addy award winning voice over artist, and Telly award winning actor who has worked in the industry for over three decades. He studied improvisation in Los Angeles with the Groundlings and in New York with Gary Austin (the founder of The Groundlings). In addition, he studied theatre and drama at American Conservatory Theatre in San Francisco and Freehold Theatre and Cornish College of the Arts in Seattle. David currently resides in Los Angeles.

Learn more about David Goldfarb on his website and listen to his demo reel on his Voices profile.