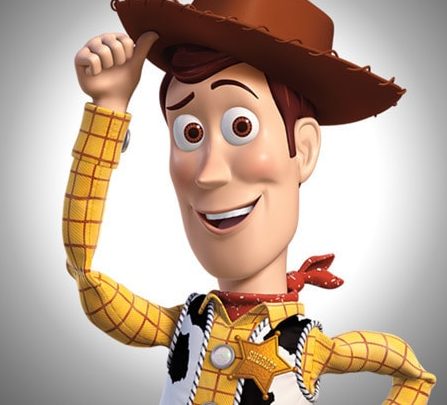 Who is the Voice of Woody (Toy Story)?

The ‘Toy Story’ franchise is more than just a movie series; It is an important cultural and technological touchstone. This franchise also spans almost 30 years. There were many famous actors that voiced the characters in Toy Story: Tom Hanks, Tim Allen, Don Rickles, John Ratzenberger and Wallace Shawn.

‘Toy Story’ is a franchise in which sentient toys go on adventures, usually to find their way back to their human. There is a regular band of characters, including Woody the Cowboy, Buzz Lightyear, the Potato Heads, Hamm, and Rex. Throughout the films, more toys join the cast.

The first ‘Toy Story’ movie came out in 1995. It was the first fully computer-animated feature film. ‘Toy Story’ was the second highest-grossing film of the year and grossed more than $373 million worldwide. Critics and audiences adored the film. It is still regarded as one of the most important films, especially in animation.

Three sequels, one spin-off, and several shorts followed the initial film. First, ‘Toy Story 2’ came out in 1999. Then, in 2010, ‘Toy Story 3’ came out. In that film, the toys end up at a daycare center where they struggle with other toys. Eventually, they are taken in by a child named Bonnie.

Toy Story 4 was a film that continued the story of the toys and added more toys to the cast and explored the toys’ time with Bonnie. It came out in 2019. The spin-off, ‘Lightyear’, featuring Woody’s sometimes frenemy, Buzz Lightyear, came out in 2022.

Woody is one of the main protagonists of the Toy Story franchise. He is a toy cowboy who rules Andy’s room. The first movie revolves around challenges that arise from Woody feeling replaced by a newer toy, Buzz Lightyear.

Through the rest of the movies, Woody goes through emotional journeys that revolve around dealing with change, feeling obsolete, being lost, and understanding the power of friendship.

How Was Woody Created?

Originally, Woody was not in Toy Story. Instead, the film was about a wind-up toy named Tinny and a ventriloquist’s dummy. Over time, the story changed to an enemies-to-friends buddy adventure starring Woody and Buzz.

Director and writer John Lasseter named Woody after a ventriloquist doll he had as a child. Woody’s name is also inspired by Woody Strode. Woody is a cowboy in the films because Lasseter liked the contrast between the old west and space.

Lasseter wanted Tom Hanks for Woody from the beginning of development. So to show what a good fit his voice was with the toy, they created an animated clip to go with a line Tom Hanks said in a previous movie, Turner and Hooch.

Who Is the Voice of Woody?

Tom Hanks is the voice talent for Woody in Toy Story and its three sequels. He is one of the most well-known actors in the world. Hanks is known for his roles in ‘Forrest Gump’, ‘Big’, ‘Cast Away’, ‘Turner and Hooch’, ‘You’ve Got Mail’, ‘Sleepless in Seattle’, ‘Joe Versus the Volcano’,

Lasseter wanted Hanks as a Woody voice actor because of his ability to be appealing to all audiences and his great range of emotions. This skill is apparent throughout the ‘Toy Story’ movies as Woody, where his voice talent goes through a gamut of emotions.

In Toy Story 4, there is a song centered around Woody called The Ballad of the Lonesome Cowboy.

Since the first Toy Story came out in 1995, the animation of the films evolved significantly over the decades. This video tells the story of the changing animation from Toy Story in 1995 to Toy Story 4 in 2019.