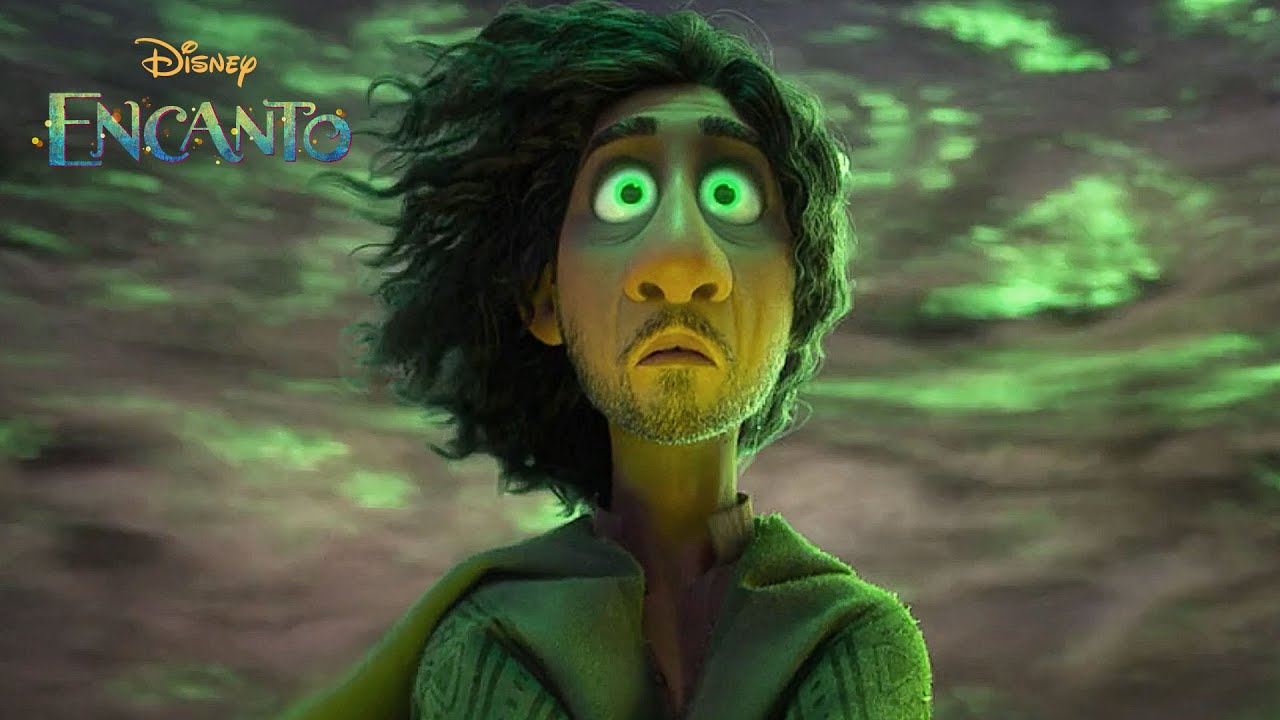 Who is the Voice of Bruno in Encanto?

Encanto was 2021’s most exciting animated movie. With great songs by Lin Manuel Miranda and a stunning cast, the film was a joy to watch for audiences all over the world.

However, you might recognize some voices from the movie and be wondering who played the mysterious Uncle Bruno in Encanto?

Bruno is voiced by John Leguizamo, a Puerto Rican and Colombian actor. He has been acting for over thirty years and continues to bring character to his animated movies and live-action films. Here is some information on John Leguizamo and his career.

Who Voices Bruno in Encanto?

Bruno Madrigal is a mysterious figure for much of the Encanto movie. Starting with the song ‘We Don’t Talk About Bruno’ the film tells audiences that he is a scary, powerful man who can see into the future. However, once we meet Bruno, we realize that he is a regular person with a strange gift.

Although he doesn’t enter the movie until about halfway through, Bruno’s character is lovable and entertaining. He is voiced by John Leguizamo, a Colombian and Puerto Rican actor known for his comedic and fast-talking roles.

Bruno, Leguizamo’s character in Encanto, sings near the end and has multiple different voices. He is shy but begins to come out of his shell when Mirabel, his niece, finds him and helps him reunite with the family Madrigal. Encanto is now available on Disney Plus.

What Else has John Leguizamo Been in?

John Leguizamo has been acting since the 1990s and has been in several iconic movies and television shows. Most of his acting credits involve guest appearances in television shows, from a recurring guest role in ‘E.R.’ to voice overs in ‘Santiago of the Seas’

However, John Leguizamo hasn’t received more prominent roles in blockbuster movies. He is usually a side character in larger films and a lead role in smaller shows or movies. He works equally in television and film and has lent his voice to multiple small and large animated parts.

What Other Voice Acting has John Leguizamo Done?

Although John Leguizamo can sing and act, his voice acting didn’t start with Encanto. He has been a guest star on multiple children’s shows, including ‘Elena of Avalor’ and ‘The Adventures of Puss in Boots’. John Leguizamo has been a voice and television actor for years.

The majority of his voice acting, however, has been in children’s shows, including a brief stint on ‘Dora the Explorer’ and ‘Animals’.

However, Leguizamo’s most famous animated character isn’t from any of the guest appearances or even Bruno from ‘Encanto’. He provided the voice acting for Sid the Sloth in the ‘Ice Age’ series, from the first movie until now.

Sid the Sloth, is an even more iconic character than Bruno and has earned Leguizamo millions of dollars for his voice work. He has provided Sid’s voice for all five ‘Ice Age’ movies, multiple shorts, and all the ‘Ice Age’-related video games. It’s challenging to imagine ‘Ice Age’ without Sid or that Sid and Bruno are voiced by the same actor.

Of course, John Leguizamo has already provided his voice for the Encanto sing-along. He will earn royalties from any sequels, video games, or shorts set in the world of ‘Encanto’. Although Sid the Sloth was his first significant voice role, Bruno from ‘Encanto’ is set to be another.

What Other Stars are in Encanto?

Leguizamo is only one of the multiple stars in Encanto, all of Latin or Colombian backgrounds. Because the movie was set in Colombia, many of the stars are of Colombian ethnicity. However, it might surprise you where you recognize them from and who you might not recognize.

Of course, the main character is Mirabel Madrigal, who feels left out of her family because she didn’t receive a gift. She is voiced by Stephanie Beatriz, who broke records for the fastest rap in an animated movie with ‘Encanto’.

In contrast to Maribel’s open heart and emotions, the more staid Abuela is voiced by Maria Cecilia Botero, a famous actress in Spanish television, movies, and soap operas. ‘Encanto’ is one of her first English language movies, but she has been well-known in the Spanish-speaking movie world for years.

Of course, there are fewer well-known actors in the ‘Encanto’ movie. Jessica Darrow, who voices Luisa, has not had many significant roles before this film. She was discovered when Disney did a talent showcase and was cast in the position soon after. Several other cast members were found for their roles in ‘Encanto’.

The music of ‘Encanto’ was written by Lin Manuel Miranda, who wrote and starred in the Broadway smash hit Hamilton. He has written music for Disney before, most recently with ‘Moana’.

Because of Lin Manuel Miranda, ‘Encanto’ was the recipient of two separate Oscars in 2022. The first was for the Best Animated Feature, which the film beat several non-Disney movies to take. However, the second was for Best Original Score, and the cast of ‘Encanto’ performed at the Academy Awards.

John Leguizamo did an excellent job of portraying the shy, mysterious Uncle Bruno in ‘Encanto’. He was a member of a stellar cast in that movie but has also proven his acting skills in multiple other films, television shows, and animated features over his long career. His voice acting makes it difficult to believe that Sid the Sloth and Bruno Madrigal are the same person!

Head over to our TikTok channel, and tag us in a duet as your favorite ‘Encanto’. Or better yet, show us your take on one of the film’s iconic songs.