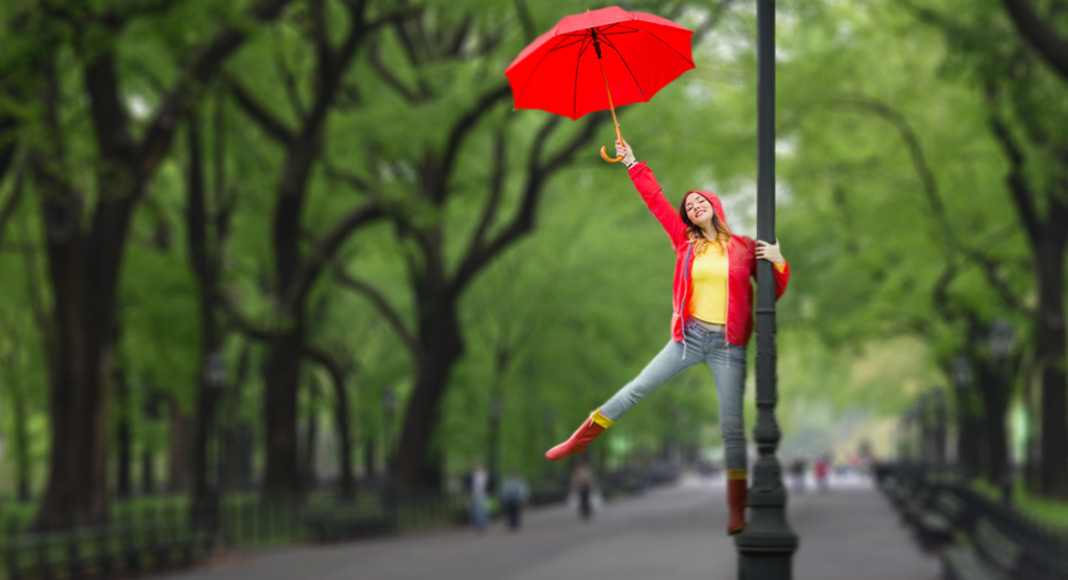 4 Lessons For Creative Producers From Singing In The Rain

When new technology comes along, you can either jump on the bandwagon or get left behind. While on a flight home from California, I happened to watch an iconic film addressing this very subject on Turner Classic Movies. Embracing new technology (or not) can dramatically impact your work, regardless of industry.

Here’s four takeaways from the Hollywood classic, Singing in the Rain that will save you headaches and heartaches in your business.

Technological advances don’t need to be scary. When silent film was disrupted by the idea of recorded sound accompanying visuals, people laughed at the idea. They weren’t laughing when The Jazz Singer (1927), the first Talkie (a film with sound where you could hear the actors speaking), was received by audiences far and wide as a success. Every studio had to get with the program or be left behind. Movies were rewritten and productions needed to pivot to take advantage of the new tech.

Breakthroughs in technology don’t have to be devastating to your business. You just have to know how to respond strategically. The show must go on. Sound literally changed everything. Whatever that next wave of tech is for your business, be open to it, understand it, anticipate it and build what you need to survive.

Be mindful of how the tech works. Ensure you’re using it correctly and not experiencing negative outcomes. There’s a scene in Singing in the Rain where the actors are trying to learn mic technique. The mics are wired up but every time the actors moved, there was a crinkly sound — the actress Lamont’s pearls in particular. As you can probably tell, poor mic technique did not help their production values! Make the technology invisible and your interactions with it will come off as graceful.

When talking on camera became standard, film actors needed to go to diction coaches and take elocution classes. Those who came from the stage didn’t have as steep of a learning curve because they were already used to employing all aspects of their talent. It was expected that they develop various talents, as we will see below.

Another aspect of sound in film was that screenwriting or scripting told the story, not just miming on camera with select lines put up on the screen. If your dialogue writing was poor, it really stood out! When sound became part of the picture (pun intended), actors need to be more than just pantomimes. They required, as Debbie Reynolds’ character put it, ‘real flesh and blood,’ needing to act, sing and dance. We know this as the Triple Threat.

As poor Lamont found out, you can’t hide a lack of talent for long. Being honest with yourself is key. So is having people around you who are not afraid to point out areas of growth. Becoming aware of blind spots is the first step toward resolving them when possible or deciding to go in a different direction altogether.

Some actors were handsome and actresses were beautiful, but not all had the complete package. It would be decades before film talent were cast for more than just their looks or contracts, but this was a definite step in the right direction. To succeed, these production houses needed to diversify their talent offering. On the tech side re: film, producers quickly learned that the signing, audio and visuals needed to sync properly to create cohesive productions that pleased their audiences.

Ask yourself, what needs to gel better in our process for improved user experiences or engagement? Similarly, talented writers, voice coaches and others would add nicely to a production house. For you, diversity could look like hiring more creative talent in house. There are many marketing and sales roles, as well as in IT, that didn’t exist before. Look for ways to create roles or innovate processes that boost your productivity while riding the wave of technological advancements.

This above all, make sure your brand is authentic in capitalizing on these advancements. By having tech talent in-house, your vision will come across more clearly and consistently. You’ll also have full control and ownership over your code base and intellectual property.