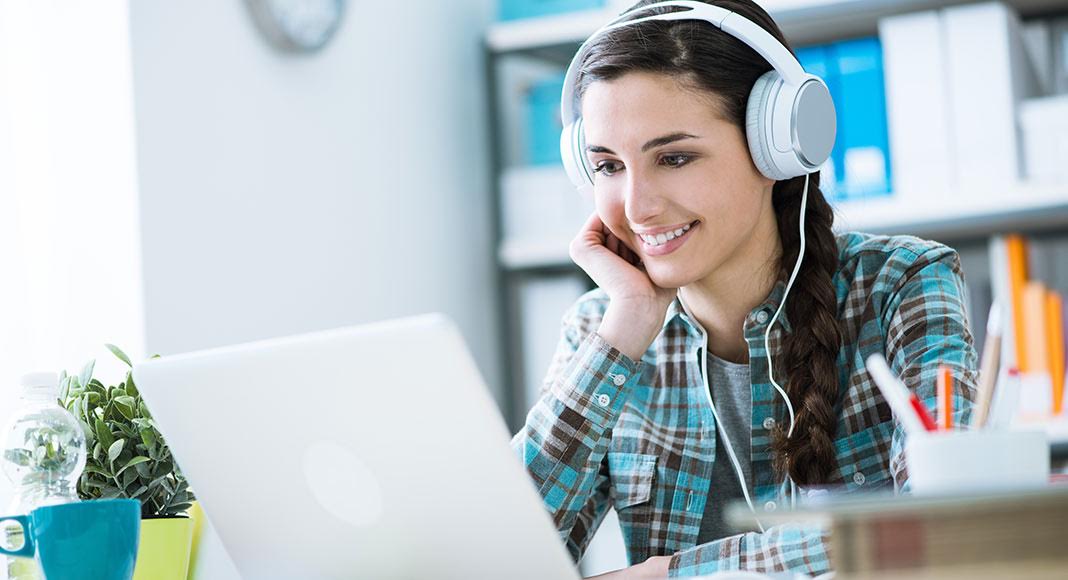 If you are on the hunt for the perfect narration for your explainer video, there are a few things to be aware of when describing your project and the voice you’re looking for.

Ethan Gabriel is a prolific voice actor. From podcasts and documentaries to commercial ad work, he’s done it all – including providing ‘the voice’ for over 30 whiteboard and explainer videos for a well-known internet search company.

A graduate of Texas A&M with a degree in marketing, he’s also spent time as a freelance videographer before picking up the microphone and training under Heather Martinez and Maggie Roswell.

Ethan has a well-informed perspective on how producers and actors can work together to create killer explainer videos.

1. Think About the Influence of Script on Vocal Performance

“As a voice actor, the more that I can see of the script – the better it is for the me to understand what kind of voice you’re looking for,” says Ethan, who also explains that through the language, cadence and form of the video project, the character’s persona and their dynamic with other characters is revealed.

2. Know to Include Examples of Your Full Script’s Complex Wording, Technical Language or Foreign Terms in Your Sample Script

“There was as job that I had been hired for based on the audition, but then when the full script came in it contained foreign words that had a very particular pronunciation,” says Ethan. “Changes in projects happen all the time and I expect it, but the disclosure that there were foreign words is something that should have been addressed earlier.”

Ethan’s experience speaks to an important consideration when it comes to explainer videos, which, by their nature tend to be more technical.

Specifically, in order to ensure that both you and the actor are on the same page, your sample script should reveal, at least in part, the complexity of the words that need to be read and pronounced correctly.

Not only will this thoughtful approach to the sample script provide the actor with a better picture of what the job entails – but hearing auditions in a script that represents the complexity of your project will also help you feel confident that the actor you hire has the right chops for the challenge.

3. Actors Interpret Your Job Description Through Your Key Phrases

“Another consideration to be aware of is the descriptors you use for the voice you’re looking for,” says Ethan. “Calling out different styles and accents can be helpful, but it’s also useful for you to know that some styles like ‘conversational’ can be ambiguous. It can mean so many different things to different people.

“For instance, John Krasinski gives a conversational ‘read’ in the Esurance commercials, but it’s a read. No one really talks like that. Another take on the conversational style, which is truer to the description, tends to be a little ‘flatter’ in tone, like two people interacting in a normal setting.”

4. Voice Actors Also Apply Their Own Experience to the Performance

“But while the script and description can certainly help potential voice actors to better understand what you’re looking for, there is also an onus on the voice actor to read between the lines and figure out the best audition/performance,” he says. “Voice actors also need to know their own sound and understand which projects suit them before auditioning. I’ve gathered feedback on my sound so I have a sense of how people perceive me, such as my ‘vocal age’ range etc. It kind of comes through listening and I’ve been able to work with different engineers and people and you need to be open minded. I learn every time I do this.”

“I’ve been doing this for a while so I know where I have to ‘go’ when creating explainer video voice overs – and I know what’s going to sound annoying. But sometimes you don’t really hear it until you’re listening back and think, ‘that sounds bad.’ You have to be willing to toss away the work and try it again.”

5. If You Are Recording Your Own Explainer Video Voice Over

“With explainer videos, it’s longer format so you have to make sure that you don’t have a certain cadence to your speech that will drive someone crazy if they’re listening for one and a half hours,” says Ethan. “You’ll want to aim for being personable without sounding forced, but you also have to sound like an expert.”

“One good piece of advice: If you’re aiming to be conversational in your approach but you aren’t hearing that in the playback. Try taking off your headphones and don’t listen to yourself as you’re recording. You’ll be amazed.”

Are You Looking for the Perfect Voice for Your Project?

Learn how Voices can help.