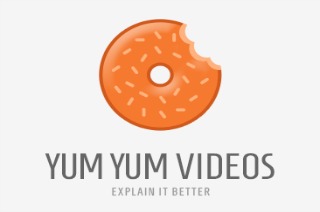 Have you ever wondered what actually goes into the making of explainer videos?

Animated explainer videos require the hands on skills of a number of different disciplines from script writing to voice-over to animators and marketers there are a number of things that bring together a great video for your business.

The popularity of explainer videos in digital marketing strategy is growing without precedence, not only because they create a unique identity for companies in a convincing way and engage audiences like no other digital tool, but they also offer a cost-effective solution compared to traditional marketing and advertising tactics.

Explainer videos communicate the benefits of products or services in an explicit and direct way through a broad range of animation techniques. They usually last from 1 to 3 minutes, grab the users attention rapidly, increase conversion rates and help position companies high in search engines. They also promote a concrete action from the viewer (call-to-action) and can be shared via many platforms, such as emails, blogs, newsletters and websites.

What are the stages for creating a killer explainer video?

A 90 second explainer video generally takes 7 weeks to be finished. Below you will find the 5 stages of its production:

The script is the heart of the project and is usually one of the hardest parts. A good script is the foundation for a successful explainer video and must start with and adequate preparation, considering the audience, message and call-to-action.

Having a storyboard is crucial because it will determine how your explainer video will be visualized before it is animated. It is very important that the storyboard is engaging enough to make your potential customers understand your brand, and thus persuade them to buy.

Plenty of characters and visual assets for explainer videos are generated with hand-drawn or digital illustrations. Throughout the style stage, the illustrator will vary the characters and assets to fit the brands identity.

The tone and voice determine the feel of the explainer video. Some brands require a friendly voice, while others may need a charming style. The length of the voice over audio will determine the final length of the videos so this is why it needs to be recorded before we start the animation.

Animation is the most demanding and work-intensive stage of the process for just one reason: it brings characters to life. This entry point deals with all the finished assets: script, storyboard, illustrations, voice over and imports them into specialized programs of animation (such us after effects). There are many types of animators that specialize in different aspects of the animation such as character animation, motion graphics animation, etc, so it´s important to find the right team that can address the needs of the video.

Adding sound effects and music is the very final part of the process and it can really make your video pop up as sound denotes a key element in influencing people’s attention.
So there you have it. As you can see, making a video is not a piece of cake. Besides all stages above, it includes lots of other necessary things like phone calls, emails, uploads, and revisions.

The following video is a good example of what bringing all the stages together looks like.

Karina is the co-founder of Yum Yum Videos, a Buenos Aires based company that specializes in creating engaging animated marketing videos for businesses.

Voice Over
What Is Vocal Fry and What Does It Sound Like?

The vocal fry phenomenon has taken over in recent years. We asked the VO community for their thoughts on vocal fry and when to use it.

Audio
Introducing The Ambies: Celebrating the Best In Podcasting

The Ambies are a new awards show designed to celebrate the best podcasts of the year. Will your favorite show take home a trophy?