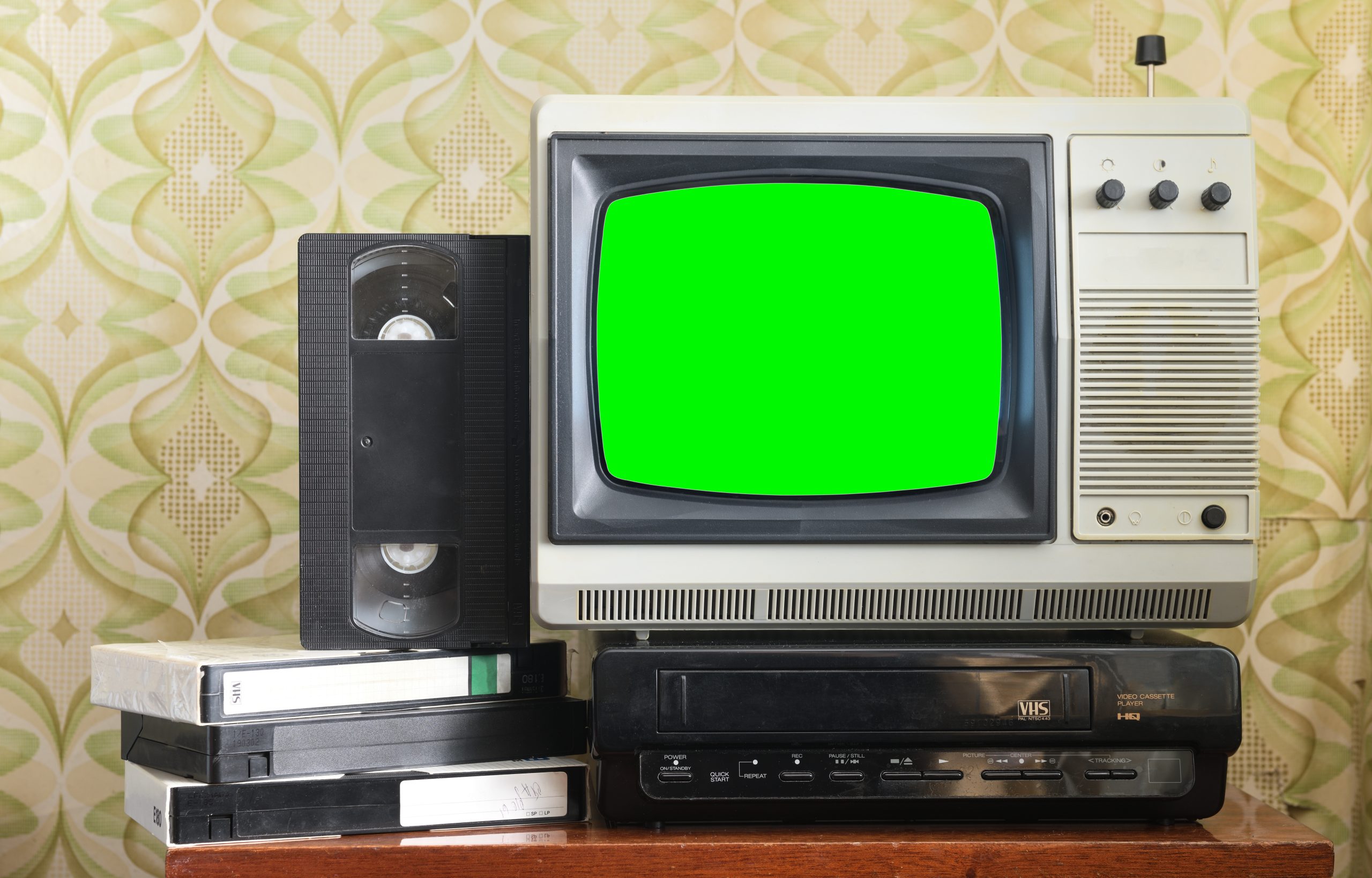 The Best TV Commercials of the 1990s

For many, the 90s were the golden age of television. It was a seemingly simpler era where people’s worries only revolved around what shows to watch on TV. These shows were often accompanied by well-crafted ads. While the best TV commercials of the 90s were nowhere near as high-definition and advanced as the ones today, they undeniably had a wow factor.

We’ve included several TV ads that made their mark thanks to unique stories, great taglines, incredible voice overs, and even better characters. They captivated the hearts of every TV watcher around the world. Ready for a nostalgic ride? Keep reading to discover the best TV commercials of the 90s.

What Defined the 90s?

There is no question that if all decades were compared side by side, the 90s would win regarding which era shaped today’s pop culture.

During this time, Nickelodeon took off thanks to shows such as ‘Rugrats’ and ‘Hey, Arnold’, which remain beloved by millions.

Elsewhere, programs like ‘The Simpsons’ (although it premiered in 1989), and sitcoms like ‘Friends’ played an influential role in shaping the decade.

Even the biggest stars of today got their start in the 1990s. For example, well-loved artists like Ryan Gosling, Justin Timberlake, Christina Aguilera, and even Britney Spears got their head start on the Mickey Mouse Club.

The 90s was also an exciting time for music, with icons like Michael Jackson, Spice Girls, Nirvana, Backstreet Boys, Radiohead, and Tupac flourishing in the charts.

The 90s was a time of innovation, with consoles like the Sega MegaDrive and the Nintendo N64 dominating countless homes. VHS tapes started to be replaced by DVDs, while cassette tapes made way for CDs.

But arguably, the most iconic development was the World Wide Web, which signaled the new Information Age. When it started to gain prominence in the nineties, nobody could’ve imagined how transformative it would be.

With the rise of the internet, sharing services like Napster took off, leading to new ways to experience music and entertainment.

Speaking about the 90s, one of the most talked about trials featured O.J Simpson. Many big, popular figures were involved including O.Js attorney Robert Kardashian. Because it was highly documented in the media, the trial played a huge cultural role throughout the decade.

World events also heavily influenced the decade. For one, the Gulf War raged in the early 90s, conflict broke out in the Balkans, and the Soviet Union’s collapse drastically changed the global landscape.

It’s also worth noting how much Bill Clinton significantly impacted the decade. The Clinton administration had a major influence on events happening in the US and the world.

Who Was President, and What Was the Political Climate?

In the United States, the 1990s didn’t start well for domestic politics. The country experienced significant economic upheaval following the end of the Cold War.

Democrat Bill Clinton replaced George H.W. Bush after winning the 1992 presidential elections. His election represented a particularly hopeful moment in US politics, with Clinton promising the American people a new kind of government.

Clinton remained president for the rest of the 1990s, during which the divide between Democrats and Republicans continued to grow bigger.

How Was the Economy, and How Did This Affect Brand Advertisers?

The First Gulf War led to economic instability and impacted consumer confidence in the US. Businesses lost billions of dollars, and there was even a recession in the first few years. But between 1993 to 2000, the US experienced exponential growth during the Clinton administration.

This economic boom inspired brand advertisers, who had more money to spend on 1990 TV ads. In fact, the 90s was when a lot of mainstream brand image building took place, especially on television.

Advertisers actively looked to create memorable commercials that would get people excited about their products.

How Much Time Did People Spend Watching TV in the 1990s?

According to data by Nielsen, the average American household watched seven to seven and a half hours of television daily in the 90s.

By the end of the decade, almost 80% of American households could access cable programming thanks to direct delivery by satellite or cable hookups.

Because of the widespread availability of cable TV, many brands had high engagement thanks to television ads.

What made cable even more compelling for companies was that many TV channels were dedicated to specific content.

For example, the Food Channel and Cartoon Network thrived as audiences flocked to watch their specialized content. These two were among many other familiar channels devoted to movies, music, shopping, and news.

Advertisers likewise took advantage of this by designing commercials that would be relevant to their viewers. These tactics gave the audience a sense of exclusivity and excitement that would make them want to try the product.

Who Were the Top TV Advertisers in the Nineties?

The most popular brands in the 90s relied on television advertising (not to mention magazines and newspapers). Some of the most prominent names on TV at the time included McDonald’s, Disney, Coca-Cola, and Ford. They often led the way in innovative advertising and made some of the most iconic commercials in television history.

As one of the most popular decades, the 90s continues to hold a place in the hearts of millions. The decade was a transitional period where technology was developing fast, and the brand landscape was in constant flux. However, a few ads had a lasting impact on TV.

These are the best TV commercials of the 90s.

Talkboy: Stop Drooling on Me

This commercial shows how a kid uses the Talkboy to get the upper hand against his older sister. It’s a classic example of how advertisers used humor effectively to make a catchy commercial.

In the commercial, the young boy even uses the device’s speed control feature to make his older sister and her boyfriend think their dad is already home.

This ad played a big role in Talkboy’s popularity. It was even used by Kevin McAllister in the movie ‘Home Alone 2’.

Mentos made several iconic 1990 TV ads for Freshmaker. These ads continuously aired during primetime, with the most memorable part of the commercial being the jingle.

The commercials were so famous that they featured in the movie ‘Clueless’. Mentos ads were even parodied by the rock band Foo Fighters in their music video for ‘Big Me’.

Hot Pockets: What Flavor Are You Going to Pick?

Hot Pockets are a snack brand stuffed with chicken, pepperoni, and cheese, among other fillings.

The company’s 90s commercials were so well-received that they cemented the pizza and sandwich fusion as one of the easiest, most convenient, and yummiest cravings you can have.

Hot Pockets had an unforgettable slogan, asking eager viewers what flavor they’d pick. Unsurprisingly, the brand was highly commercially successful in the 90s.

Families all over the US wanted to have Kenner’s Easy Bake Oven as soon as ads started to air. The commercials featured young girls making real cakes with the toy, and it was consistently aired on Nickelodeon.

Kenner scored a win with the ad thanks to the commercial’s bright energy and catchy jingle. This ad is a prime example of successful targeting in the nineties.

California Milk Processor Board: Got Milk? Who Shot Alexander Hamilton?

This 1993 commercial, directed by Michael Bay, featured thrilling shots of a man making a peanut butter sandwich while listening to a radio program.

As the radio program’s $10,000-question “Who shot Alexander Hamilton?” is revealed, the man sees the answer in one of his paintings and becomes the lucky caller.

Unfortunately, he cannot talk and is still eating his peanut butter sandwich, unable to finish because he doesn’t have milk to wash the sandwich down. The ad ends with the iconic question, “got milk?”

“Got Milk” became one of the most popular headlines of the nineties, and the slogan persisted into the 21st Century. It made an arguably dull product into something people wanted with just two words.

Wrigley had long made great use of a catchy jingle and a clever play on words to advertise their Doublemint gum. Unsurprisingly, they happened to make some of the best TV commercials of the 90s.

In the ads, different sets of twins are seen having a good time and enjoying the gum. The ads were upbeat, joyous, and a beautiful glimpse into the lives of twins.

One of their ads featured Tamera and Tia Mowry, who later became stars of the TV sitcom ‘Sister, Sister’.

Apple: Three Steps to the Internet

In 1998, Apple started airing commercials for their iMac. It was hard to imagine that the aesthetic of the computer could be something the tech company could capitalize on. Yet, their most popular ad featured a creative three steps to going online with one.

The first step is to plug in, the second step is to get connected, and as people wait for the last step, Jeff Goldblum’s voiceover reveals there is no step three. When the computer then turns on, it features the text “Say Hello to iMac” and ends with the Apple tagline “think different.”

Every Christmas, Coca-Cola ramped up its advertisements. But perhaps the most enduringly appealing was the one that showcased a giant-themed truck lit up with amazing lights and the brand’s name.

In the ad, Coca-Cola’s truck traverses through festive scenes while being watched by different people from all walks of life. The jingle “holidays are coming” accompanies the truck before the ad reminds viewers that “nothing lights up Christmas like Coca-Cola”.

TV Ads in the 90s Were Incredible

The 1990s was when advertisers were eager to find new ways to sell products. There were times when all it took was a catchy jingle that would catch the audience’s attention, and other times it was the funny storyline that did the magic.

With this list of the best TV commercials of the 90s, you can take a nostalgic look back on some of the decade’s most memorable moments. Let us know, what’s your favorite commercial of the 1990s?