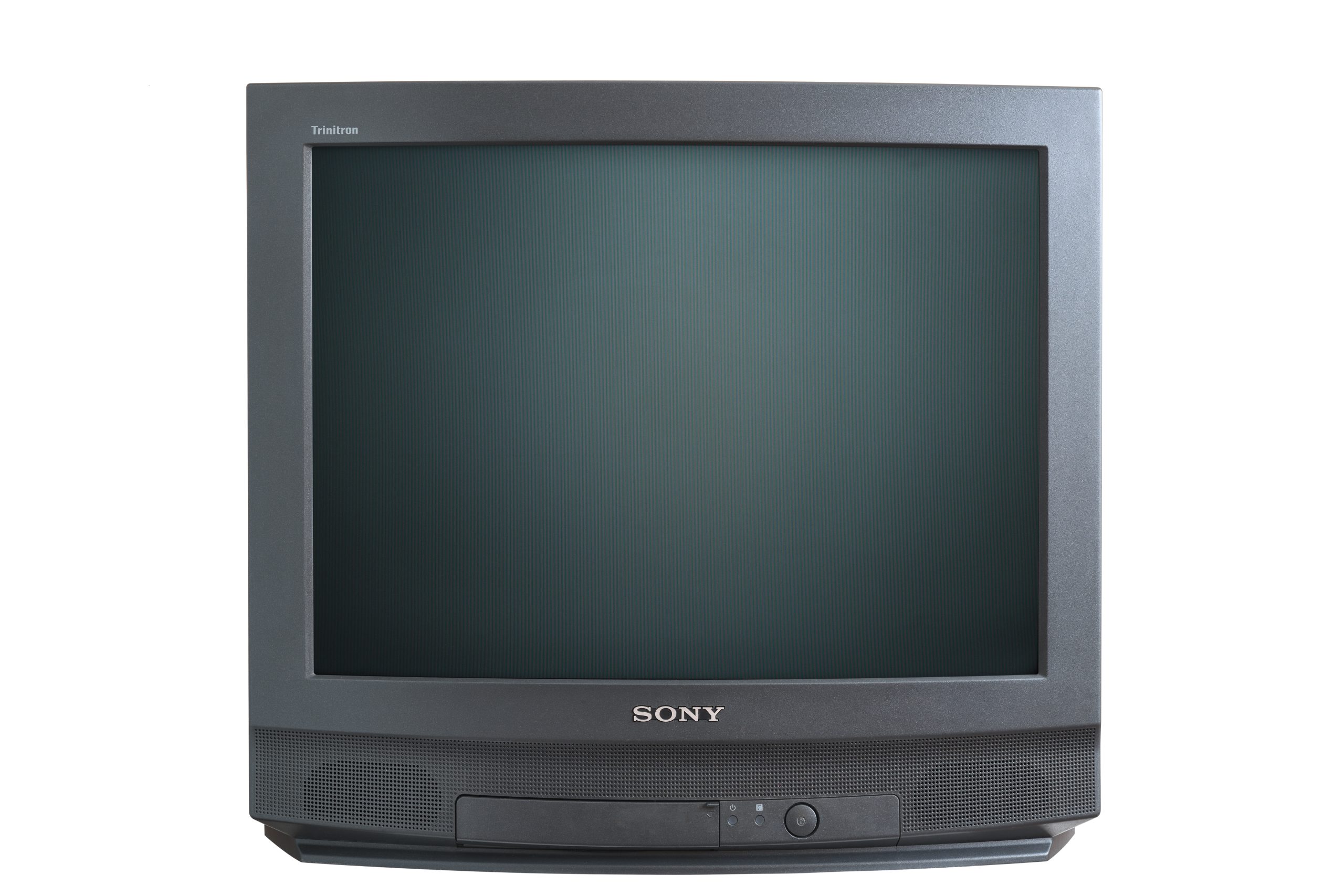 The Best TV Commercials of the 2000s

The 2000s was the start of a new century. Several global events defined this decade. Most notably, the September 11 attacks in New York City. The war on terror has been going on since September 11. However, the economy of the United States put brand advertising at the forefront of television.

How many commercials do you watch in a day? Hundreds? Thousands? Most commercials may fade away within the day, but others stick in your mind for days. Whether it’s a catchy tune, memorable character, or celebrity would keep you invested in the products being advertised.

Some commercials that first aired in the 2000s are still on TV today.

TV commercials in the 2000s gained popularity through the 2000s especially in promoting brands that would help the global financial crisis.

Name for the Decade

The 2000s is a familiar name when describing this decade. However, it never had a widely accepted shortened name like in the 80s or 90s.

The US adopted the term “aughts,” and the UK, New Zealand, and Australia used the word “noughties” to define the decade.

The term “aughts” comes from the British English word noughties. Both terms used in the United States and the United Kingdom mean zero.

Being unable to name this decade left people with only working titles.

With only zeros in the name, it was difficult to name this decade. “Twenty hundreds” and “double zeros” became common names for this decade.

What Defined This Decade?

As previously mentioned, numerous events defined this decade, including the terrorist attacks on the World Trade Center. Many channels opted out of commercials because every news station gave the United States information on the attacks.

It wasn’t uncommon to find every news station on television reporting on these attacks. For example, after the 2001 anthrax attacks in the United States, no one knew when they would feel safe opening mail again.

Newly advanced text messaging began popularized during the 2000s. E-mail replaced the standard letter with an envelope way of communicating with people. Then, it took only seconds for your news or texts to reach the other person.

Social media platforms also defined the 2000s. Staying in touch with nothing more than an internet connection became easy with social networking websites, including MySpace and Yahoo Messenger. These platforms aren’t too popular today because new websites and phone apps emerged after the 2000s.

The iPod, Nintendo DS, and Game Boy were all popular game systems that kids could take on the go with them. ‘Super Mario Bros’ was the best-selling video game of the 2000s that worked on the Nintendo DS and Game Boy.

Who Was President During the 2000s?

George W. Bush was sworn in as the 43rd President of the United States on January 20, 2001. He remained president for two terms until 2008.

Directly after George W. Bush finished his presidency, Barack Obama was sworn in as the 44th President of the United States on January 20, 2009. He became the country’s first African American president and was in office for two terms.

How Was the Economy?

The most notable economic downfall started in the United States in 2007. The housing and credit crisis led to a global recession due to the bankruptcy of major banks around the country.

While the recession began in the United States, it spread to most of the world.

There was a stock market rise during the 1990s. Still, post-9/11 led to a recession, which only continued to plummet during the anthrax attacks in 2001. This didn’t increase again until 2006 when the banks were stable again.

Many commercials during the 2000s were about the stock market and bank issues. They offered people ways to fix their money situation.

How Much Time Did People Spend Watching TV in the 2000s?

Watching TV in the 2000s used to mean sitting on the couch, flicking through the channels on a cable.

Television wasn’t at its peak until 2009-2010. During this time, researchers concluded that the average American household would watch about eight hours of TV a day. Keeping track of TV viewing time has been going on from 1949-1950.

Who Were the Top TV Advertisers in the 2000s?

TV commercials are the most memorable when they have an effective length.

Sometimes the length doesn’t matter. Commercials typically range from 15-60 seconds. Make sure your commercial includes all the necessary features, like having a widespread overall message, then the timing won’t matter.

Skechers sneakers were the most popular shoe brand and were repeatedly featured on TV ads in the 2000s. In addition, one of the most famous stars of the 2000s, Britney Spears, was a Brand Ambassador for the company for many years.

Britney Spears is featured in multiple Skechers commercials throughout the 2000s.

McDonald’s is one of the highest-grossing fast food chains in the world. They’re most famous for their iconic ‘M’ logo During the early 2000s, McDonald’s suffered hard times during the stock market collapse.

After this crisis, they finally released their iconic slogan, “I’m lovin’ it!” After that, McDonald’s decided to use their decreasing sales to reinvent its brand completely. As a result, the 2000s marketed the first global campaign for the company.

Many celebrities have worked on McDonald’s jingles, making them one of the top TV advertisers of the 2000s and into today.

Paid sponsorships that targeted young kids were a well-known thing to do during the 2000s. Most of these commercials included toys or other products that all kids would want.

Having kids sitting in front of the TV means that they would see these commercials and beg their parents to buy the products for them.

Kidz Bop, Snuggies, and other toys brought some of your kids their favorite play toys. In addition, the 2000s advanced some of the best toys of the decade.

Video games, handheld and gaming consoles, began rising in popularity during the 2000s. As a result, hundreds of companies used TV ads to make people buy their products.

Boys were known for wanting action figures and other toys, while girls wanted to buy babies, animals, and dolls. These products have been advertised for years, noting their popularity and achievements over the decade.

“Got Milk?” has been advertising on television for over 20 years. The purpose of these commercials was to encourage kids to drink more milk. These commercials have featured countless celebrities over the years.

Researchers wanted to have famous icons in their commercials because they were considered role models for young people.

Aside from celebrities, sports stars like Serena and Venus Williams have also done commercials for “Got Milk?” They wanted kids to know that people who work hard for sports also take the time to drink milk.

What Commercials Were Popular?

Commercials with voice over give customers the recognition to remember their brands. Whether it’s company logos, characters, or voice-over commercials, everyone wants to set themselves apart from the competition.

Thousands of commercials created repetitive jingles that get stuck in customers’ heads. However, the music and the words have been one of the most successful commercial tools.

TV commercials in the 2000s feature some of the most memorable brand mascots of all time. Voice and characters have molded together to create legacies for generations.

Here is a list of commercials that were popular on 2000s TV:

These popular commercials could be seen on nearly every channel during the 2000s. They had some of the most catchy jingles, which matched their need to be separated from the competition.

Popular commercials during the 2000s veered away from the heartbreaking topics going on around the world.

Best Commercial of the 2000s

It’s unimaginable to believe that a one-minute commercial could leave such an impact on one’s life.

If there can be a title for the best commercial of the 2000s, it would be the Dove campaign for natural beauty.

It features women of all shapes, sizes, and colors using Dove products. They all have varying reasons for using Dove.

In 2004, market research stated that 4% of women believed they were beautiful. This led to Dove creating one of the most shocking and beautiful campaigns they’ve ever distributed. They sent a powerful message to all women and opened up the conversation about beauty standards in the media.

Aside from commercials, this Dove advertisement was on billboards, magazines, and social media websites. As a result, it gained the attention of people trying to change the perception of female beauty.
Dove released a campaign called ‘Choose Beautiful’ and i became one of the best and most effective ads ever released. When released, it tugged at the heartstrings of a generation.