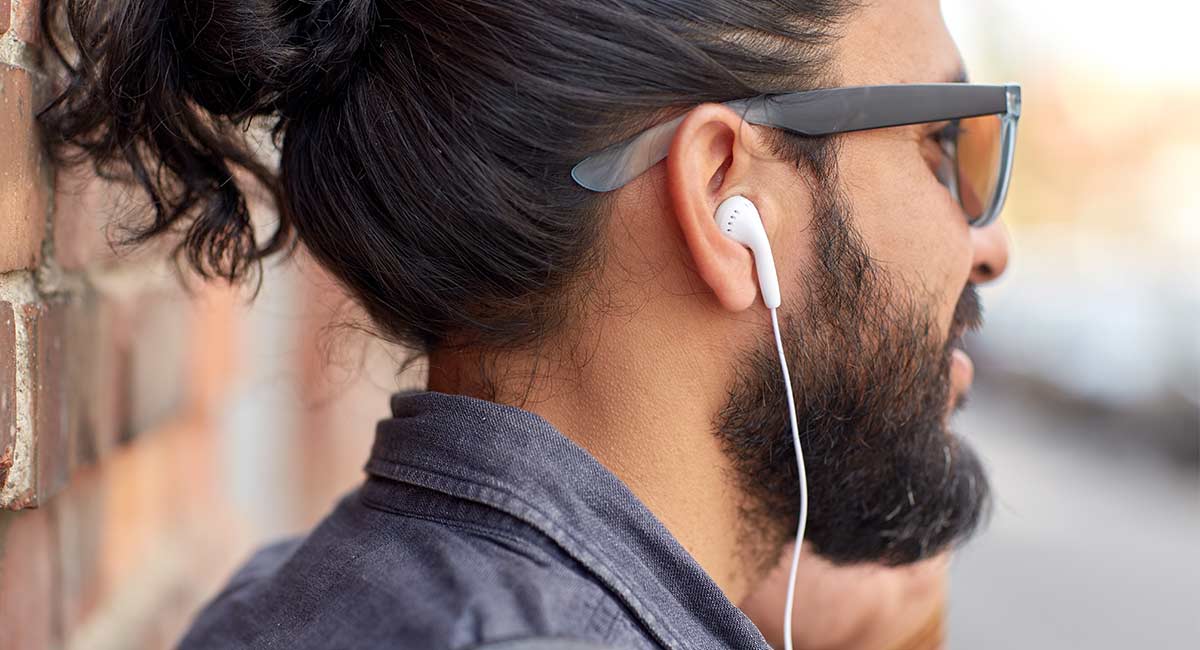 In 2016, an article from The Atlantic proclaimed that the era of commercial jingles was dead. Funnily enough, a similar article from The Economist said the same thing back in 2003. In other words, people have been sounding the death knell for brand jingles for 20 years—with no end in sight.

The 2000s were a particularly memorable era for commercial jingles. In this article, we will talk about the 10 most successful advertising jingles of the decade and why they remain so popular. First, we’ll take a quick moment to address what a jingle is and why they’re still vitally important despite the sporadic articles suggesting otherwise.

What Is a Jingle?

A jingle is a short advertising slogan, usually in the form of a song, that is designed to help advertise a product or service. Different types of jingles can be a full song, a simple chorus, or even just a few notes.

A jingle is powerful. So much so that it becomes a beacon and sonic fingerprint for many brands. At the top of every company’s list is the ability to earn stable brand recall and recognition, which requires breaking through the noise of the crowded media space occupying potential customers’ attention.

A jingle plays an important role in doing so, though is merely one element of your sonic brand. We extensively covered what sonic branding is and how a company can develop theirs successfully in Sonic Logos: A Master Class to Designing Your Brand Soundscape and we learned through experience as well. Check out how we developed the Voices sonic brand.

Why Is a Jingle Important?

In this fast-moving world, brand recognition is everything. Jingles for a product or service are important because they massively improve brand recognition. When they catch a potential customer’s attention, they leave a mark even if the customer doesn’t plan on using the service.

A good jingle is all about memorability. For that purpose, it needs to be catchy—both capturing a viewer’s attention and staying in their head. In the music and jingle production worlds, this phenomenon is referred to as earworm. Brands are achieving this oddly named success metric by focusing on two main elements.

What Are the Key Cornerstone Elements of a Good Jingle?

At its core, what makes a good jingle is also what makes a good song. Among other elements, an undeniably successful component of jingles (and music) is repetition. This TedTalk video breaks down how music, melody—and more pointedly—repetition impact the memory centers of the human brain. It explains exactly why these popular jingles listed below will have you nodding your head with nostalgia of not just the jingle, but the moments in time and memories you associate with them.

As with any marketing collateral, a great jingle transcends language and location. A recognizable sonic fingerprint, no matter where it’s heard, is the ultimate success of a jingle, meaning the most iconic jingles have elements of musicality that are not tied to language. McDonald’s achieved this perfectly with the addition of “Ba da ba ba ba” to their “I’m lovin’ it” slogan to create a jingle that transcended language and therefore had people in every nation recognizing and singing along with it.

At the same time, such a versatile component to a jingle allows brands to tackle the transcreation of ad campaign materials. Brands can advertise to global markets with an ambiguous musical jingle (“Ba da ba ba ba”) but then have localized messaging produced to support the greater campaign’s messaging.

While there are many jingles that can be recalled at moments notice, like Kit Kat’s “Give Me a Break,” or State Farm’s “Like a Good Neighbour State Farm is There,” or even Huggies’ “I’m a Big Kid Now,” this compilation sticks to the most memorable of the 2000s. Enjoy!

The short jingle that is now one of the most recognizable in the world began in 2009, after McDonald’s had already been in business for decades. With declining sales, the company was looking for a dynamic new marketing campaign that would put them back on the map.

The German branch of McDonald’s provided the answer with their suggestion of the slogan “Ich liebe es” (“I love it”). But they still needed a jingle. That’s when the creative heads in marketing came up with the iconic “Ba da ba ba ba!” that we all recognize instantly.

The Fantanas were a fictional group of spokesmodels that represented the soft drink, Fanta. In the early 2000s, everyone knew their iconic jingle, accompanied by pop-star style dancing and bright colors.

In other words, the Fanta jingle was impossible to miss. It was a catchy song that got everybody singing along: “Wanna Fanta? Don’t you wanna, wanna Fanta?”

There was a more complex backstory to the Fantanas that varied somewhat over the years. While the backstory was important to building the foundation of the brand, what carried future momentum was the jingle, which stayed in everyone’s head.

Fanta hasn’t changed its advertising jingle in almost 20 years, which just goes to show the effectiveness of the right tune.

In 2004, a Florida owner of two Subway franchises noticed that sales tended to flag on the weekends. So he introduced a new weekend deal: a footlong sub for five dollars. The result was so successful that it soon spread around the nation.

Nationwide sales of the Five-dollar footlong deal were skyrocketing. That meant it was time to develop an ad campaign.

To accomplish this, Subway went for an elementary but effective ad strategy: a song that simply repeated the words over and over again for thirty seconds. Call it simplistic, but it did the trick. Few people don’t know how to sing “Five dollar! Five dollar! Five-dollar footlong!”

Freecreditreport.com ran many commercials over the 2000s, using a variety of lyrics and situations. But the main jingle—the chorus of the song—stayed the same: “F-R-E-E that spells free…creditreport.com, baby!”

These catchy jingles alternately depicted more relatable situations (wanting to buy a new car or home but having poor credit) to catch viewers’ attention but stuck to a familiar main chorus where everyone was on board.

They were extremely effective, using music and humor to catch attention while relying on the simple, repetitive chorus to stick the company’s name in viewers’ heads.

Most of us have never seen anyone start singing opera on a bus, but if they did, we imagine they’d sing the J.G. Wentworth jingle.

The earliest J.G. Wentworth commercials depicted people hanging out of windows yelling “It’s my money, and I want it now!” But eventually, the company switched to the now-iconic jingle. Even if you never needed J.G. Wentworth’s services, you never forget that phone number.

Using a phone number in a jingle (or having the phone number be the entire jingle) might be one of the most effective ways to get it stuck in people’s heads. Putting things to song is a common mnemonic device—one that this company used extremely effectively.

The iconic marketing jingle for Education Connection ran throughout the late 2000s, becoming ingrained in our brains for life. The song was catchy enough to become a true earworm, but the catchiest part of all was the final chorus that repeated “Get connected for free with Education Connection!”

Even if you don’t plan on using the services of Education Connection, you can’t help but sing along to the song.

The company seemed to have mastered jingles that stuck with viewers since they continued their catchy commercials through the 2010s. But none of them had the endurance of the original jingle featuring the waitress who didn’t do well in high school. It is hard to forget the commercial, which was played almost ad nauseam through the turn of the decade!

Among the more bizarre jingles of the 2000s was Quizno’s “We Love the Subs.” People likely couldn’t tell exactly what the marketing department was going for with this jingle outside of sheer memorability.

The bizarre singing rodents, floating eerily in front of a Quizno’s, were going for just that. The song was made up by a pair of brothers after a night out on the town and published a viral video in 2003.

The marketing department at Quizno’s had a small budget and needed something that would catch attention. So they decided to get the rights to the odd, top hat-wearing rodents. And the screeching “We love the subs ‘cause they are good to us!” jingle was born.

Strange? Yes. Confusing? Absolutely. But it was so effective that people can still sing this song from memory decades later. What is more, you’ll never forget what Quizno’s sells.

Here we have another example of language and music that create the jingle when paired together but that are highly recognizable when heard separately as well. To this day, people can recognize not only that distinctive call of “Riiiiiicolaaaaaa!” but even the alphorn tune on its own.

The jingle technically began in the early 90s in Switzerland and Germany before spreading to marketing campaigns in other countries as well. There, it was so successful that it remains one of the most widely-recognized jingles of the 2000s. The enduring popularity of the jingle just goes to show that, when done right, you don’t need more than a single word.

Though the candy has waned in popularity, the song remains one of the most popular jingles of the 2000s decade. With only three words—the name of the product itself—the Baby Bottle Pop song is a perfect example of how a jingle can be memorable without being complicated.

If there is anything better than a catchy jingle, it’s a catchy jingle featuring a cute puppy. The K9 Advantix commercial, which first aired in 2003, took an old classic and revamped it. Viewers already knew the classic song, so it was simple to get them singing the new version.

The 1963 song “Hello Muddah, Hello Fadduh” was already based on a classic song from the opera La Gioconda. In other words, there were centuries of history to ensure that anyone who saw the K9 Advantix commercial would be singing it.

Reusing a widely-known song guaranteed that viewers could sing the jingle after a single viewing. What is more, the jingle did a masterful job of repeating the brand name, ending with “Thanks again for sending me K9 Advantix!” These days, people might even be more familiar with the K9 Advantix jingle than they are with the original song!

Jingles Are Here to Stay

Need a jingle but are struggling to come up with the catchy mnemonic to make it happen? Tap into the jingle writers who are offering their creative services through the Voices marketplace. Sign up today.

Voice Over
How to Choose Voice Over Music 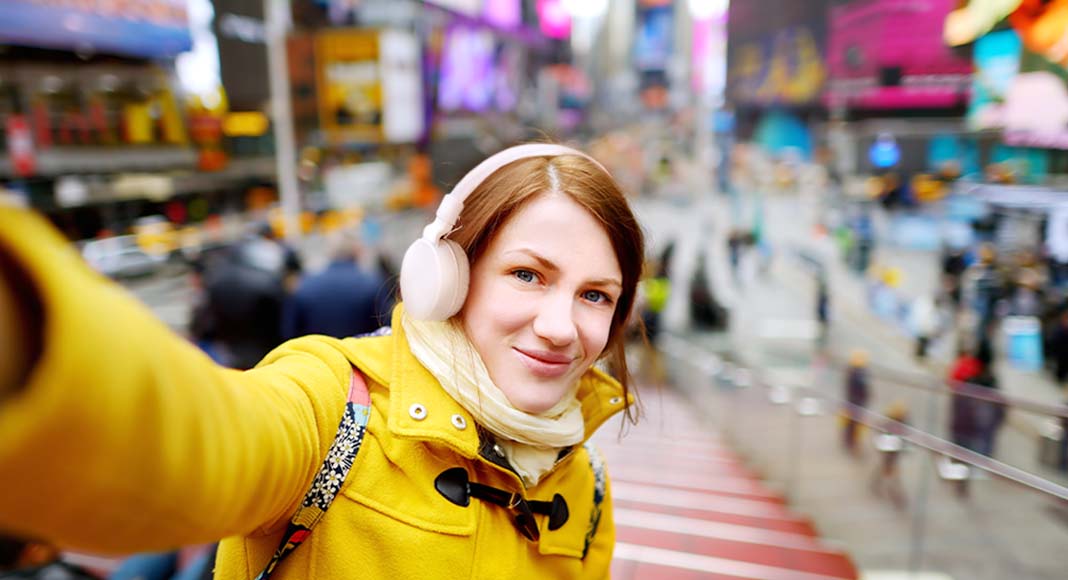 Discover why your brand needs a sonic logo in this roundup of the most iconic sonic logos of the past and present. 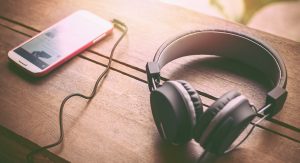 Composing
How To Choose Your Podcast Music

Wondering how to select your podcast music? Learn about podsafe music, the reasons to include music in your podcast, and other audio options.