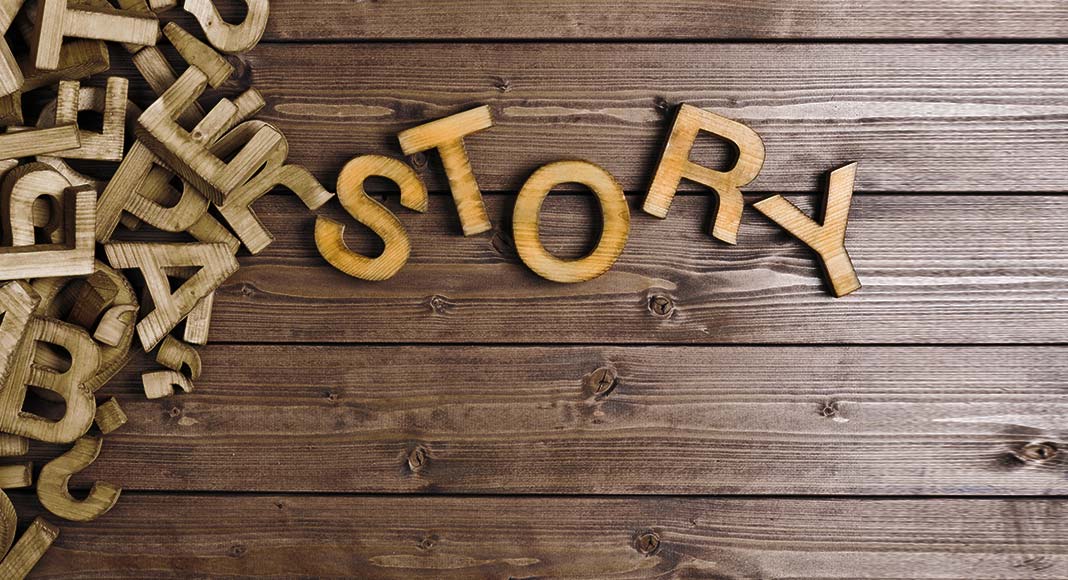 Beyond Pixar: Matthew Luhn Shares Storytelling Principles Everyone Can Use

Matthew Luhn is stuck in traffic, crawling down the California coast at a snail’s pace. Somewhere down the road a mudslide has decided to ruin commuters’ afternoon drive, but Luhn’s voice gives no indication of annoyance. Perhaps it’s because his line of work recognizes these sorts of disturbances as just par for the course.

Not the mudslides, specifically, but in a broader sense – the roadblocks.

With 20 years experience as a Pixar Storyteller, it’s Luhn’s job to make sure that every story has a valley deep enough – and a character pushed far enough – that the audience can’t help but sit on the edge of their seat waiting to see what will happen next.

Every Story Needs an Inciting Incident

“In every story, you set up your character/characters in their ordinary world – and then you have an inciting incident,” Luhn says. “This is when you completely turn their world upside down, either giving them their deepest desire, or taking it away, and then watching them struggle. That’s why people love stories.”

And these compelling struggles aren’t just for fictional worlds, either.

According to Luhn, one of the reasons that we become so enraptured by a character going through the ups and downs of life, in fiction or non-fiction, is because we can identify.

And on that front, even Luhn, who has arguably landed a ‘dream job,’ has had his own story of trials and tribulations.

As one of the first 12 CG (computer generated) animators at Pixar Animation Studios, Luhn began his career at the fledgling company on the very first CG animated film, Toy Story.

But after working as an animator on Toy Story, which became the highest-grossing film in its opening weekend and is still hailed by many critics as one of the best animated stories ever made, Luhn told the studio that he didn’t want to be an animator – he wanted to be a storyteller.

And thus the ‘inciting incident’ in his own story came to surface.

“I loved working on Toy Story, but the part that really interested me was the big picture – the story part,” he says. “But I wasn’t able to make the transition over from animator to storyteller easily.”

Luhn was told that he didn’t have the experience to make the change. So, even on the heels of monstrous success, he left Pixar to take a leap of faith.

“After leaving Pixar, I worked as a freelance storyboard artist and writer at a handful of commercial studios,” he says, “Along with working at a temp agency to pay the bills. Wherever the agency called me to go that day, I went. After a year of working at the temp agency, I began to feel hopeless, that I’d blew it by leaving my animation job.”

But Matthew kept sending his updated story portfolio back to Pixar – until he hit a break.

“I was hired as a storyboard artist on Toy Story 2,” he says, adding “And that was the beginning of 20 years working on 10 stories at Pixar.”

Great Stories Start with What You Want the Audience to Feel

Since Luhn made his career switch, his work prospects have only blossomed.

Today, the Pixar story veteran is also a story and branding consultant, educator and speaker, who travels the globe sharing his techniques and secrets to becoming a better storyteller.

“Most of the people who work at the companies I consult, train, or speak at have never worked on a book, movie, or TV show. They have no traditional training in screenplay writing or the real essentials to crafting a story,” he explains.

Some of his clients include Google, Sony, Facebook, Charles Schwab, Adidas and Target.

“When working with different companies, the very first thing I always start with is ‘the take away’: what do you want your audience to feel?’” he says. “That [question] applies whether it’s a movie, a commercial or people thinking about your company.”

“And then this is the hardest part,” he adds, “You need to describe, in one word, what you want your audience to feel.”

“From there I move backwards – and ask, ‘How do we get to that feeling?’”

“Using classical storytelling with a hero, villain, mentor, and allies, on a journey with a beginning, middle and end, I craft a story with my clients that strengthens their brand,” he says. “This approach applies, whether [the story] is a commercial, single image, an ad, or a one-on-one conversation.”

Release Your Ego and Your Creativity Will Be Set Free

How do great storytellers, like the Pixar story team, consistently create movie gold?

According to Luhn, none of the great Pixar movies would have been possible unless the story team and directors left their egos at the door for the sake of the project.

“So many times people end up connecting ideas to people,” he says. “But it kills the energy in a room when the person who is the Queen Bee or Alpha Male shuts someone down. This always creates fear and insecurity, and then no one wants to work towards making the best story or idea, but only on how NOT to get fired.”

“I believe that creators in film or business should be empowered to create, take risks, and make mistakes while pursuing their vision. At the same time, these creators still need to check in with the other top creative people at the company to keep them on track. The other creative people in the company then give feedback – with candor and mutual respect. You want others to succeed so that the company succeeds,” says Luhn, “This establishes healthy creative accountability.”

“Wise creators and leaders know that by surrounding yourself with people who are smarter and/or more talented than you will always produce a better film, product, or brand.”

Storytelling is in Our Genes, it Just Needs to be Nurtured

As Luhn was preparing to welcome his second daughter, he came across some interesting facts.

“I read that babies can swim when they’re born,” he says. “If you delivered a baby in a swimming pool or bath, they instinctively know how to paddle and hold their breath. So why is it that even though everyone knows how to swim when they’re born, there are people in their 20’s or 40’s, who don’t know how to swim, even though it’s built in their DNA?”

“It’s the same way with storytelling, when we’re kids we are all artists, actors, dreamers, and very comfortable with telling a story – but as we get older we become self-conscious and insecure. We start to have a fear of failing, so we stop trying.”

However, not all hope is lost.

“Just like people who have forgotten how to swim – you can learn again,” Luhn offers. “That’s what I enjoy doing. I’m like a story ‘swim’ coach. I have people re-learn how to be great storytellers.’

“We can all learn how to communicate better with great pacing, timing, and tension by learning how to tell memorable, impactful, and personal stories. It all comes down to having the right tools, coach, and lots of practice.”

“You can get better.”

Matthew Luhn is a writer, story branding consultant and keynote speaker with over 25 years’ experience creating stories and characters at Pixar Animation Studios and beyond.

The headlines have been all a buzz with Disney and Pixar speculation. Well, the cat’s out of the bag and Steve Jobs is now a proud part of the Disney board of directors, bringing along all of the good folks at Pixar Animation to the Disney fold.

What does this acquisition mean? First off, it means that blockbuster feature animated films will be produced more frequently and Disney will show a trendier, more technically advanced visage to the world.

One of the most important elements of this assumed influx of animated films is the ever increasing demand for voice actors. Surely these two heavy weights will be releasing a significant amount of products in the coming years, from the animations themselves, to cartoons, video games, computer games and commercial endeavours.

New opportunities might include a complete rebranding of the Disney company with some Pixar spunk visually and audibly. Voice actors may have to rerecord everything including the Disney and Pixar telephone systems, corporate presentations, advertisements, Disney and Pixar company documentaries, podcasts, and more to reflect the new status quo.

No doubt, the most exciting opportunities include voice acting in the new films that their partnership yields. For instance, Disney is releasing “The Wild”. Will this be the last Disney production free of Pixar influence? If so, maybe the team will be looking for new voice talents to forge their relationship and combine their collective voice casting expertise.