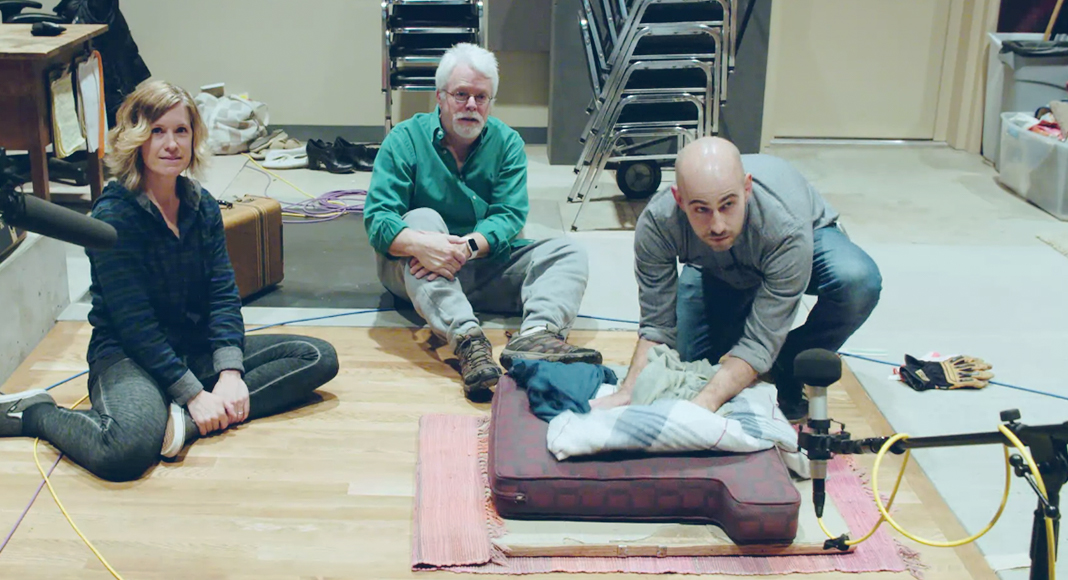 Want to Create Sound? Check out some Foley in Zootopia!

Ever tried to recreate sound? If you’ve tried your hand (literally) at Foley, you know what I mean! Wired.com did a segment that took its viewers into the Skywalker Sound foley studio to design sound in a scene from Zootopia. Curious to learn more?

Check out the video in today’s Vox Daily!

Before commenting, be sure to check out this video: Learning the Art of Sound Effects. The duration is 2:49.

Watching this video reminds me of the different foley studios I’ve had the opportunity to visit over the years (the one at Tisch School for the Arts in NYC is particularly inspiring!). Foley artistry is a beautiful thing! As we’ve discovered, the sounds you hear accompanying visuals on a screen aren’t necessarily sounds that emanate from the image subject itself.

Be it crinkling a plastic candy wrapper to make the sound of a spider salivating or popping on a set rubber gloves to make realistic bipedal rabbit footsteps traversing a creaky wooden floor, so much more goes into replicating sound than you might think. It really is an art and a science!

Want to learn more about Foley?

Check out these articles!

Do You Love Foley?

Looking forward to hearing from you!