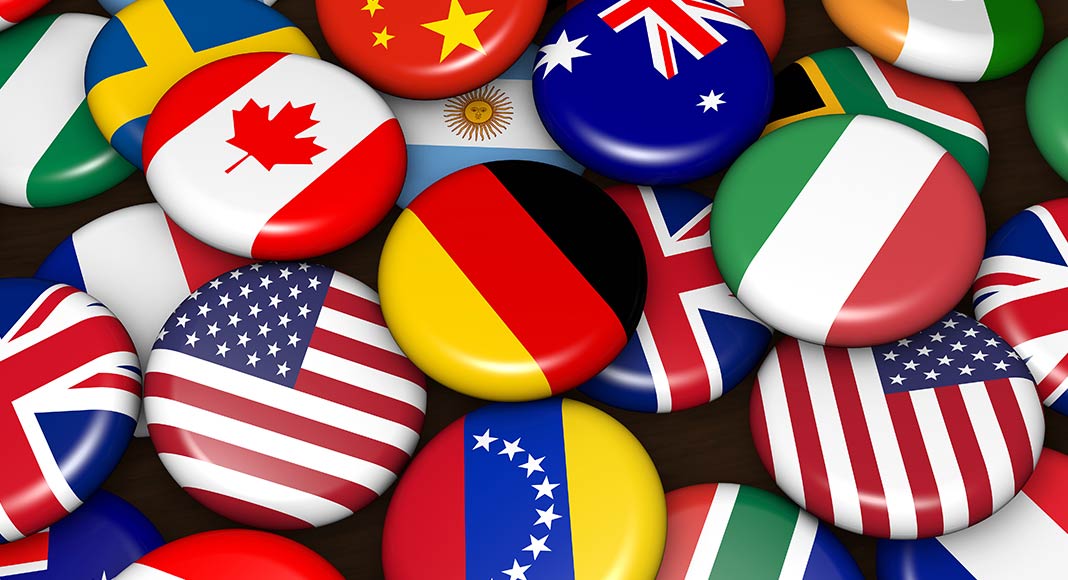 No matter what language your commercial is in, the difference between success and failure hinges on more than the words in your script or a clever call to action. In fact, how the message is delivered can be what makes or breaks a great global ad campaign.

Many people hiring voice actors say that they “know the right voice when they hear it,” but when you pause to consider all of the elements—the nuances of accents, inflections, tone, energy, and language—a lot needs to be just right in order to strike the right chord.

This is especially true when you’re hoping to launch a memorable ad in an international market. Global ad campaigns still need to create the right emotional connection, even though they’re often modified to appear in a language that’s different from the original commercial.

Here’s what you need to know about the difference between translation and localization, with some additional info to demonstrate how using a global accent for your next ad campaign may be the secret formula when you need to reach the widest possible audience.

Translation involves taking content created in one language and directly converting it into another language. Translation can be a cost-effective way to communicate simple information, such as that which would appear on packaging or signage.

However, translation doesn’t not involve customization—that is to say, it doesn’t adapt messages to account for the unique differences in audience types or needs. This can become especially obvious when it comes to voice over scripts, which should not only contain the technically correct language, but also the phrasing of the target audience.

Simply translating a script from English into French, for example, can fail to account for the different forms of French that are spoken in different regions, including Quebec, New Brunswick, France, and Africa, among others. Throw in local variations of language use, grammar, dialect, and tone, and it quickly becomes apparent that a one-size-fits-all translation won’t cut it.

Localization is more complex because it takes both context and the spirit of the entire message into consideration.

Localization ensures that words, dialects, and cultural and social conventions are all considered so that the message will resonate with the specific needs of a local audience or market. It ensures the target audience will see the message as being specific to them, and it reduces the potential for audience rejection based on a lack of familiarity.

Choose localization when your message needs to be precise, such as on a website, in a marketing campaign, when working with logos or slogans, or social media.

If You’re Considering Voice Over Translation, You May Wish to Switch to Voice Over Localization

Considering the definitions above, it becomes clear that localization tends to be a better solution when it comes to commercial scripts. After all, your ads need to convey more than simple information: they need to convey emotion.

On this front, research shows that advertisers are finding more success with voice overs that sound like their target audience – and not just in their chosen language and dialect, but in age and gender, too. Clearly, the more you’re able to literally and figuratively, ‘speak their language,’ in a peer-to-peer fashion, the more likely you are to be successful with your key audience groups.

What to Consider When Localizing an Ad Campaign

Before starting your search for a voice over actor, consider the following:

What are the linguistic nuances of the region you are targeting?

Are there specific accents and dialects that are characteristic of the group you are targeting? For instance, Spanish for an audience in Mexico is different from Spanish for those in Spain. Be sure to be as specific as you can when describing your voice over job to potential voice actors.

Is your target audience multilingual?

If the target audience is multilingual, which language will resonate with them most? Consider whether your target region has official languages listed, and whether your target audience tends to learn one language first (chances are, that’s the one that will form a stronger connection). As a frame of reference, you can also explore voice over samples in different languages.

Sometimes, when attempting to reach multilingual audiences, advertisers may opt for a ‘middle ground’—for instance, where the voice actor speaks English with an accent.

Do other demographic factors impact localization?

Do other characteristics of your audience have an impact on what kind of language, accent, or dialect is acceptable? For instance, younger audiences may be more receptive to local slang terms, while older audiences may prefer proper versions of the same words.

Are you translating voice over to Spanish?

It can be common for advertisers in the US to translate their ads into Spanish to appeal to the large Spanish-speaking audience in the United States.

For an example on how others are navigating the age and language question, you can check out this article on how agencies in the United States are targeting Spanish-English Millennials.

Does your voice over job posting specify you require a native speaker?

Professional voice actors bring a lot to the table, and one particularly useful skill is their ability to provide respectful feedback on the language in the script. If this seems like a value-add, then it’s worth stating that on the job posting. Specifically, be sure to indicate the level of proficiency you’re looking for in a voice actor, whether that’s ‘fluent’ or ‘native speaker.’

Using a Global Accent to Tell Your Story to the World

We’ve now explored the differences between translation and localization, and how each tactic has benefits and shortcomings that will influence how you go about crafting a global ad campaign that is best suited to the specific target audience you’re trying to connect with.

One effective alternative to translating or localizing the voice over script of your global ad campaign, however, is to hire a voice actor to perform your script with a global accent.

What is a global accent?

A global accent is a mode of pronunciation that blends the sound of all the major English-speaking dialects in order to form one ambiguous style of speech that is easily understood by people across the globe, while containing no vocal characteristics associated with any particular region. This is also sometimes referred to as a neutral English accent, or a General American accent.

Even though the language being spoken is the same, there are a wide variety of regional accents that affect the way English is pronounced and how it sounds to others. Each regional accent, whether it be Received Pronunciation (BBC English), US Upper Midwest (Fargo, Minnesota), or West African (Nigerian), links the speaker to a geographic region or certain cultural context.

However, when a brand now sets out to produce a new ad campaign with a message they hope will resonate with the largest possible audience, they are increasingly moving away from accents that signify a particular region. Instead, they are opting for a voice that sounds like it could hail from anywhere and be targeted to anyone.

In the above video, New Zealand-based voice actor Toby Ricketts illustrates his capacity to provide vocal delivery in four discrete and authentic regional accents—American, Australian, British, and Kiwi—and that when he blends the accents of these four regions into one, he gets the global accent. Ricketts defines the global accent as: “a global, non-regionally-specific accent designed to appeal to a broad spectrum of people that could be changed to appeal to a wider or narrow section of society.”

Why use a global accent?

A global accent is most valuable when you’ve planned to produce an ad campaign entirely in one language, but you’re targeting it at a wide general audience situated across various parts of the globe. With a global accent, you’re not limiting your campaign’s reach to the confines of a specific market.

Linguists have studied the origins of what is considered to be the neutral English accent, and historically found it to be associated with the dominant social power. For many, the US General American (GenAm) accent is now perceived to be a neutral or global accent. This is, for one, the accent that is often sought after in English speakers hired to go abroad to teach English as a second language in international schools.

If you want your product or offering to be free of any regional connotations, and you need your message to resonate equally with audiences no matter their physical location or cultural reference points, then telling your brand story using a global accent is a great way to go.

There are a number of advantages and shortcomings to hiring a voice actor who performs with a global accent to deliver the script read for your global ad campaign.

One major plus that comes with taking the global accent route is the ability to reach an expansive audience throughout numerous English-speaking populations (in addition to the plethora of people globally who speak English as a second language).

On the downside, the global accent may, in some instances, be too all-encompassing to make a specific impact by resonating with a narrower target market. In these cases, localizing your ad campaign is a wiser option, since it actually acknowledges the nuances of the unique market you are tapping into.

If you’re creating a global campaign, you’re in good company. One Voices study found that more than ever, content producers are creating campaigns for international audiences, and either making sure to localize their messages, or equip them with voice over narration performed in a global accent.

Finding Voice Over Translation, Localization, or a Global Accent Can Be Easy

Knowing the difference between translation and localization can result in more effective communications, and better use of always-limited marketing resources.

When it comes to whether you translate or localize your messages, there are many factors to consider including your needs and budget, however, access to diverse and professional voice over actors doesn’t need to be a barrier.

If you want your ad campaign to resonate with a vast audience located all around the world, casting a voice over who performs with a global accent is an optimal way to connect with multiple markets while remaining geographically and culturally ambiguous.

With over 200,000 voice actors around the globe, who speak in more than 100 different languages, accents and dialects, Voices has been offering producers a fast and easy way to localize their ad campaigns for over 15 years.