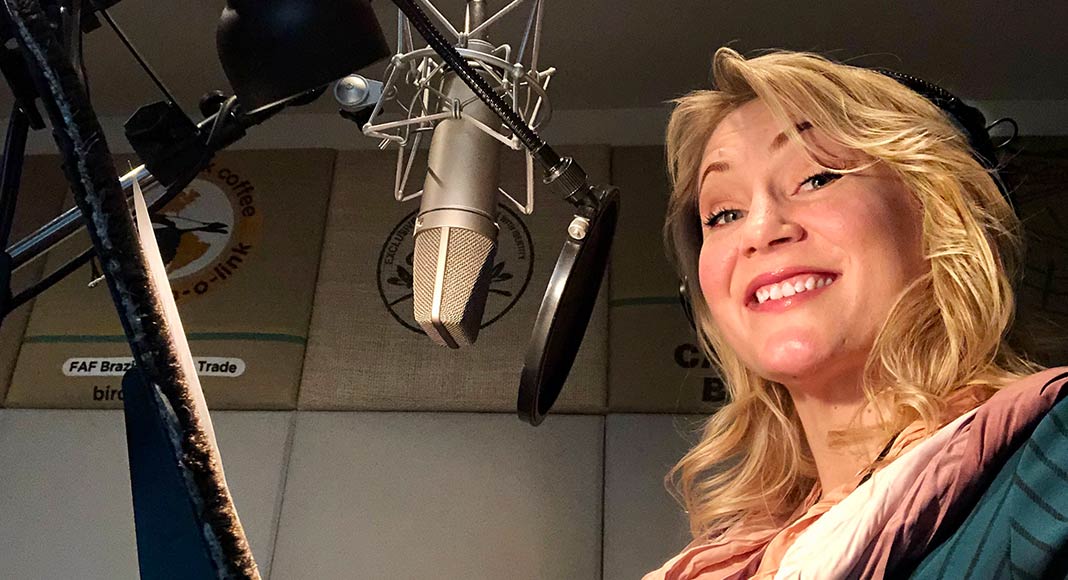 How I Became a Successful Cartoon Voice Actor

Shelly Shenoy has been a cartoon voice artist and professional voice director for over 15 years, and a coach and mentor for new and established voice artists for over 8 years. In this Q&A, she shares her story on breaking into the world of cartoon voice acting.

Q: How did you come to decide you wanted to be a voice artist, specifically in the realm of cartoons and animation?

Shelly: Well, every kid’s dream is to be in a cartoon, right? I grew up in the 80s and Saturday morning cartoons were the highlight of my week. I always knew I was going to be an actor, and I always knew I would live in New York City, but I had absolutely no idea that I wanted to, or even could, be a voice over artist. I’m not even sure I knew what that meant when I was a kid.

Q: What happened when you made the move to New York?

Shelly: After I got to NYC, I was doing stand up and sketch comedy (as well as working in finance so I could pay my rent, as one does) and I got hired by MTV to do a private roast special. It was a big anniversary for them, and the comedians and actors were hired to imitate famous MTV faces, VJs, and some well known producers. I got assigned Courtney Love. I knew I had to get her look and her voice down, so that’s what I did.

At the end of the show, one of my fellow cast members approached me and said, “So you’re a voice over artist.” I said, “Ha! I wish, wouldn’t that be the dream?” He replied “No, no. That wasn’t a question,” and introduced himself. He was a well-known voice actor – I had no idea! He was set on the idea that I had a gift. We became friends. Two months later he convinced a producer to bring me in on a casting (I had no agency, and back then you only got auditions if you had an agent). It was for a cartoon, so I auditioned.

Q: Describe the first time you auditioned for a voice acting role. What was the outcome?

Shelly: The first audition (hinted at above) was a riot.

My new friend had convinced the people I was auditioning for that I was a voice wizard. They put a script in front of me and asked me to read for the main role, Princess Zara. This was a doll being sold in Great Britain and South Africa, and a DVD was inside the box, which was a cartoon of her life story. I didn’t know any of that at the time. I did a princess voice.

They furrowed their brows and spoke to each other on the other side of the glass. I was trying to read their lips. They looked disappointed. They had me read again for another role, then another. I was grasping at straws, doing a completely different voice for each character. I seriously couldn’t tell what they thought, I had no idea what they were liking or hating, but I was just going for it.

I booked 7 roles. When I arrived at the sound studio on the week of the booking – there was an African Dialect coach on the scene. That’s when I found out every single character in the cast was African. Dumbfounded, I asked the producer how I got booked on the job. None of the voices I did were of African descent, that’s for sure. He laughed and said, “We heard everything we needed to hear. We knew you’d be able to pull this off.” And, the work begun. It was the most fun I’d ever had in my life, and, the doll sold like crazy. It was a hit, and I was hooked.

Q: When did you realize that you had become successful?

Shelly: In 2007 I was with a boyfriend and being introduced to new people at a summer party. When introducing me to the host, my boyfriend said I was an actor and a voice over artist.

The person I was being introduced to looked at me point-blank and said “An actor, huh? A voice over artist? That’s gotta be a tough industry.” I replied “Uh, yeah, it has its moments.” She took a sip from her drink and smiled, and asked abruptly: “So how do you know when you’ve made it?”

I hadn’t been asked that before. I said “What do you mean?” And she said “Well.. I guess what I’m asking is… how do you know if you’re succeeding or not? What does that mean to you? What’s your definition of success?”

The reason I bring this up is because when I answered her question, I was answering it for the first time ever, so I was answering it for myself too. And I’ve lived by my answer ever since. I said “Well… nothing in this industry stays forever. If I’m able to pay for other things as well, and, if I’m happy – that’s it. That’s everything. I want to be able to live my best life. I think that’s the most success anyone could ever hope for, right?

She cheered me with her drink and said, “Amen to that!” and I kind of just sat there for a minute.

I was completely able to break away from any other support job I’d ever had between 2008-2012. It was hard, and stressful. Without worry since 2013, I’ve been living my best life ever since, and it’s still getting better every day.

Q: What tips/advice do you have for new talent looking to break into voice acting for animations and cartoons?

Shelly: Get training, and make sure you have an industry-correct animation demo. If you don’t, you may work once or twice, but it won’t be sustained. You won’t get anywhere without a really smart animation demo. If you actually invest in proper training, you have a shot. There is so much you need to know about yourself, your voice, the industry, and how to work. And if you want to get involved, learn all your basics in the commercial industry with a commercial demo first, if you haven’t done that – they’re totally different industries but you’ve got to have some technique before you move onto animation. You’ll be so, so glad you did.

Q: What would lead a voice actor to consider animation and voice cartoons as their specialty? Do animation voice actors also do radio commercials, audiobooks etc?

Let’s put it this way, and say the voice over industry sits on 3 pillars:

Subsequently, hundreds of thousands of jobs fall under those categories, and often times, each category borrows from one another. For instance, you might have a character-voiced radio commercial, or, a narrative reading in an animated project – that sort of thing. But in order to understand these pillars of the industry, you must train in them, and educate yourself about them.

The keys to each of these pillars, is the demo. An Animation, Commercial, or Narration demo that is smart, (not one that you made at home by yourself with your best guesses).

Q: How do you know what animation projects are right for you? Is there a process that you use to weed through projects to find the ones you want to audition for?

Shelly: There’s no way to know. That’s not your job. Your job is to audition. If you book the job, that’s it. That’s them telling you, “You are the missing piece of this project. You are perfect for us.”

It doesn’t work the other way around. It’s all about the audition (yes, I hope every actor gets training there too). But if you put your cards on the table and you’ve played your best hand at that audition, they will always hear it, they will always know if you’re the one. And I hate to say this, because it’s truly so simple, it leaves people dumbfounded: If you didn’t book the role, it wasn’t yours. You weren’t the missing piece. You’re off the hook, get back to work. You’ve got a lot of auditioning to do.

Shelly is a Voice Over Artist, Voice Director and was selected as #1 Voice Over Coach in the country by the Society of Voice Arts and Sciences (SOVAS) in 2017.

Shelly teaches Voice Over Classes in midtown, Manhattan, and her coaching sessions are available to students all over the world via Skype. More info is at www.NycVoCoach.com. Her exciting career can be followed via Instagram: @ShellyShenoy, Twitter: @ShellyShenoy, or Facebook @ShellyShenoyOfficial, or @VoiceOverCoach.