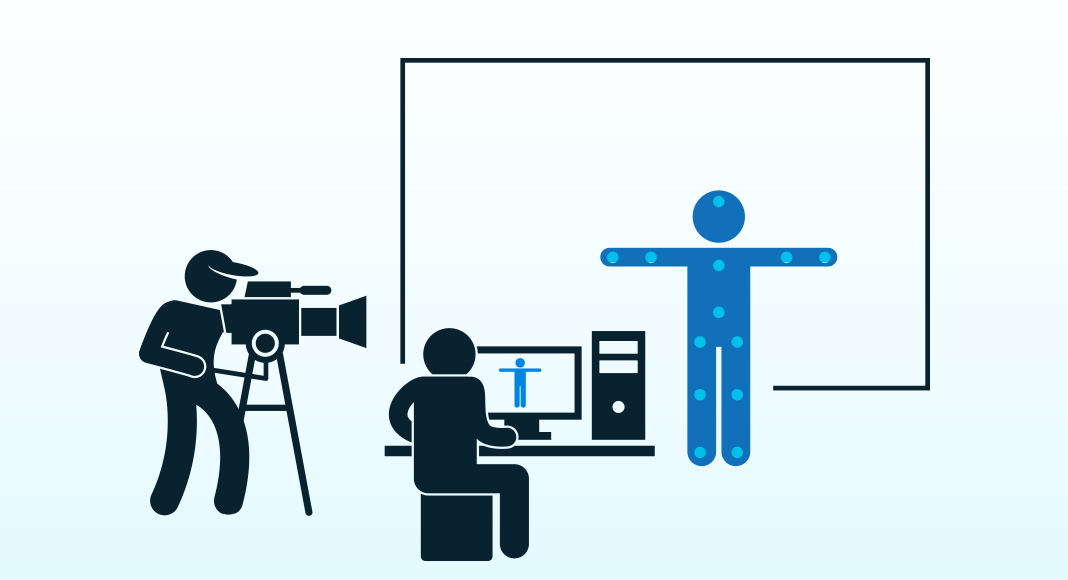 Animation Stars Talk About How They Find the Character

If you’ve ever wanted to understand the process behind how actors take your character and breathe life into it through motion capture and vocal performance, you’ll love these insights from Billy West, Reuben Langdon and Paul St. Peter, shared at the Forest City Comic Con.

There’s Nothing Like Seeing Your Character Come to Life

There is nothing more rewarding than seeing your animated character come to full realization – brought to life with movements, mannerisms, voices, words and idiosyncrasies all its own.

However, just like it takes a village to raise a child – so it is for animations. It takes a whole team of people working in synergy to create the sketches, scripts, scenes, animations and voices that form the essential building blocks of new characters.

When your character has reached the stage when it’s ready for the contributions of motion capture or voice actors, you may have an idea of what they hope to see and hear next – but whether or not that translates can be an issue. For example, an ‘intimidating’ character may have a thousand different iterations and qualities in the way it moves and how it sounds.

So how do these specialized actors work with directors and production crews – as well as call on their craft – to embody their characters? 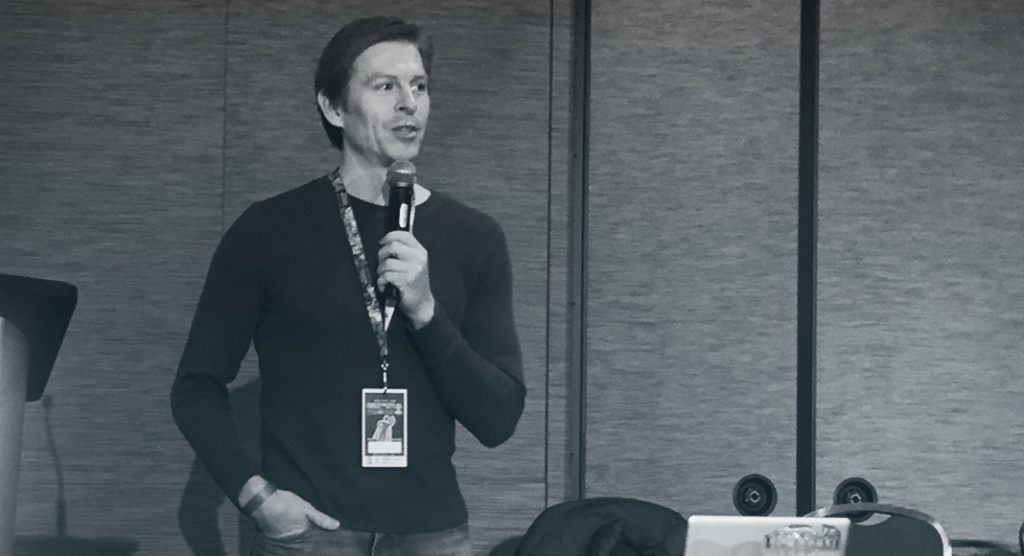 Reuben Langdon is one of Hollywood’s most sought after martial artists and stuntmen – and in fact may be the ‘most famous actor you’ve never seen.’ This is because Reuben has spent much of his time on camera dressed in a motion capture suit, creating the movements behind famous video game characters, such as those in Devil May Cry and Resident Evil.

He has also helped develop characters in Hollywood blockbusters Avatar, Ant Man, Pirates of the Caribbean and Scott Pilgrim v.s. The World, to name a few.

“Getting into character always starts with the voice,” he says. “Sound and voice are a huge part of what I do. The voice carries the emotion of the character and [as motion capture actors] we’re still acting. When you embrace a voice, your physicality follows”

“Coming from being around people like Jackie Chan, you learn that you use the voice before you attack, which in real-life is not recommended (laughs). But it helps me get my energy up.” 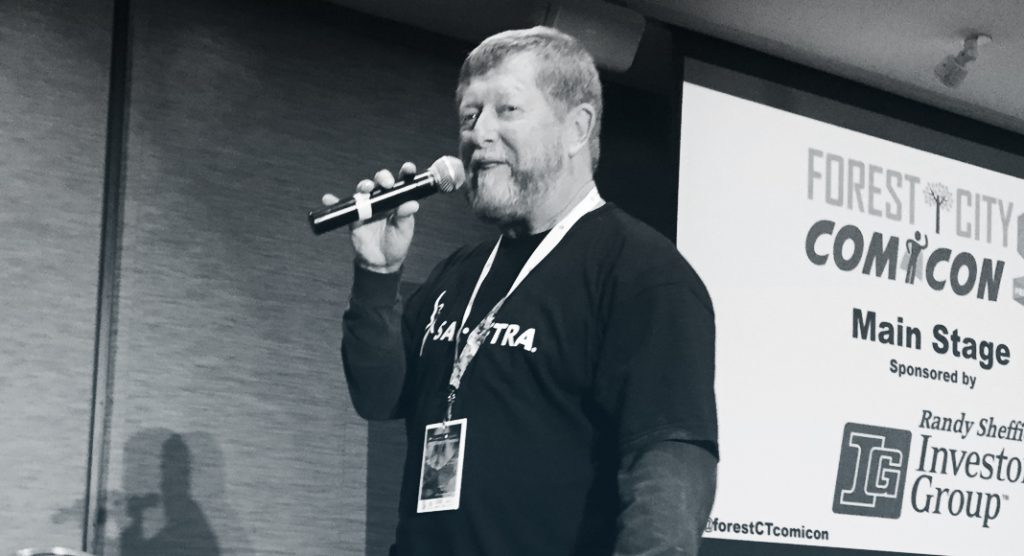 For voice actor Paul St. Peter, having 172 credits to his name on IMDb has created a wealth of wisdom – but one crowd question continues to surface at each of his talks and presentations.

“One of the most popular questions I get is ‘How do you come up with a voice?’” he says. “I always tell students that ‘your first instinct about a voice usually ends up being the best one. The best you can do is commit to the voice you came up with.’ “

“Often when you go into the studio, you don’t know exactly what you’re walking into. You might get a picture tossed up on a screen and a script to use for a cold read. It helps to have training in linguistics and to have practiced different vocal qualities or even dialects. But the most important thing is to go with a voice that you can maintain.”

Paul also mentioned that having visuals of what the character looks like can help inform his vocal choices, but so can the script.

“For me, it’s usually the photo and the dialogue that inform the character voice. Through what they’re saying, you can get a sense of what they’re like…Timing is also important. For example, for a character like Xemnas (from the Kingdom of Hearts series) I had very few lines for a time period that stretched on. So I took my time, drawing out each word.”

The resulting voice is sinister and commanding while rising no higher than a rumbling whisper. 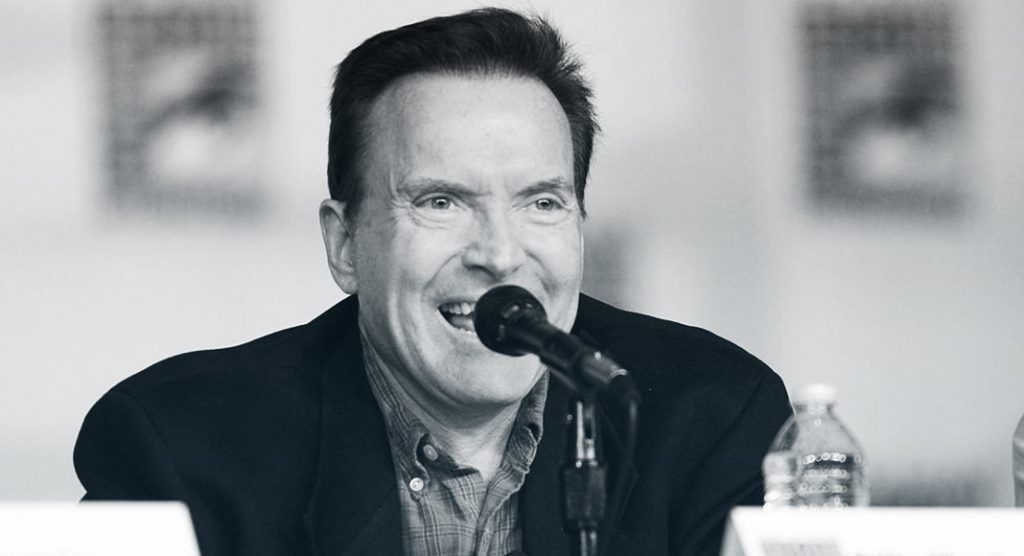 Over the course of close to three decades of voice work, including signature performances as Bugs Bunny and Elmer Fudd in Space Jam, Ren and Stimpy in the Ren and Stimpy Show and a host of characters, such as Philip J. Fry and Dr. Zoidberg in Futurama, Billy West knows a thing or two about voice acting.

A longtime fan of music and off-kilter comedy, Billy grew up mesmerized by comedy, cartoons and comics. Like Paul St. Peter, Billy’s characters also have layers – and his are inspired by the people he grew up watching.

“Every character has a musicality about it,” he explains. “As time went on I learned to just go with my gut [when developing a character]. I based Zoidberg off of Vaudeville and a guy named George Jessel, who was a marble mouth character and also, Lou Jacobi, who spoke Yiddish. I mixed him in. All of this collided, smashed together and you get Zoidberg.”

Set Your Character Up for Success

These insights from three talented and experienced actors all point to key considerations when you’re setting up your character for vocal and/or motion performances:

Are you looking for a professional voice over actor?

Set your character up for success and find your voice over actor at Voices today!