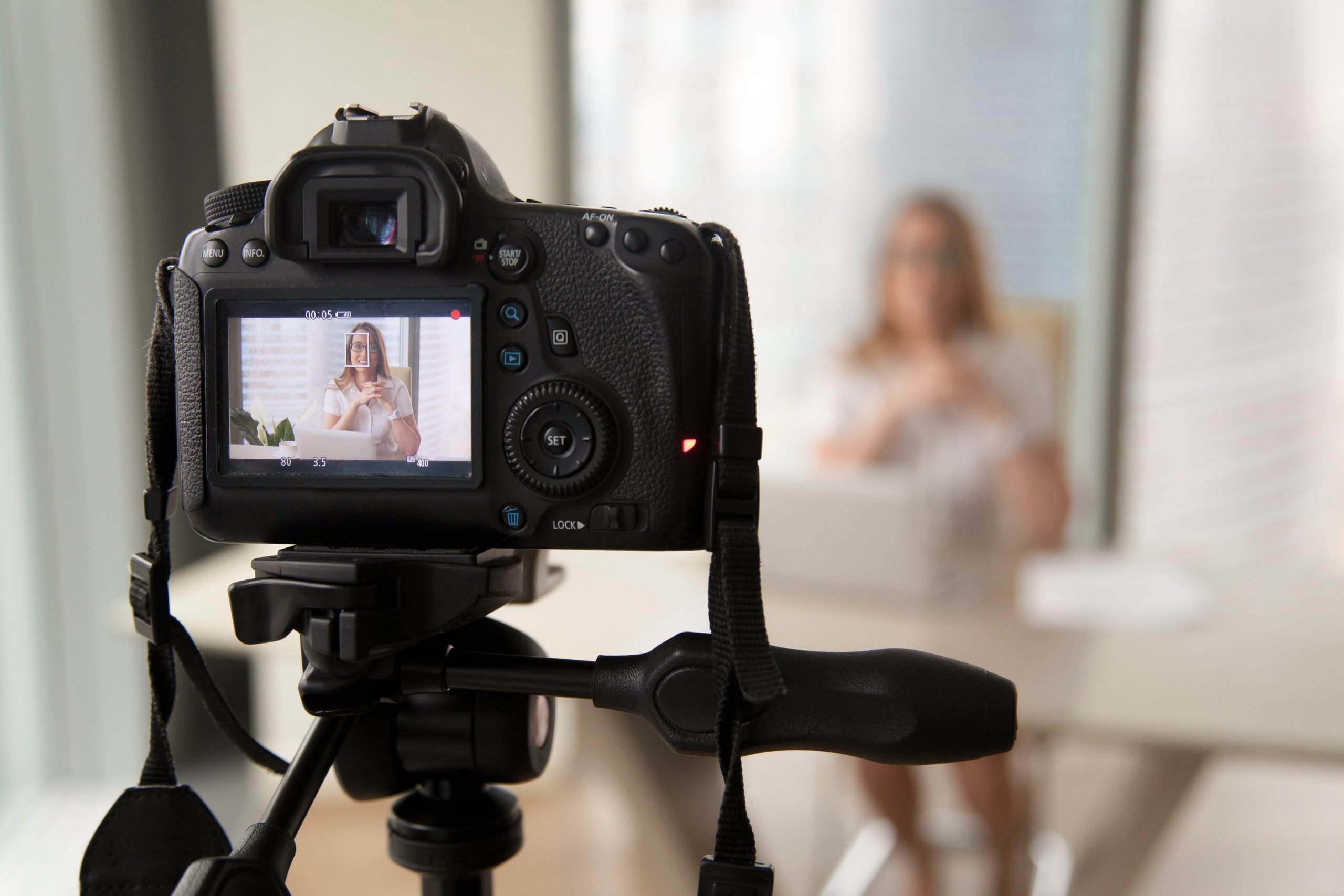 How to Nail a Self-Tape in an On-Camera Audition

The parallels between singing, acting and voice acting are obvious and clear.

All three types of performing arts require incredible dedication and talent to pull an audience in and capture their attention.

Many voice actors on the Voices platform actually started honing their performing skills on camera, or on stage, before starting voice acting.

The same can be said for musicians who find their voice, and a more stable lifestyle, and realize they love the world of voice acting.

we’ve seen voice over talent wanting to juggle their career while also trying their hand with some on camera work.

In this article, we will pick the brains of a voice actors, and one stage actress, who have had experience with recording self tapes for on camera auditions.

This piece will give you insight into what skills are needed during a self tape for an on camera role but also show you the skills you already have acquired as a voice actor.

What is the Major Difference Between Auditioning for a Voice Over Role and Self Taping for On Camera Work?

Luca Papp, a voice actor based out of Brooklyn, New York, started her career pursuing on camera work. Papp graduated from the Tom Todoroff Acting Conservatory in New York City.

However, she quickly fell in love with voice acting.

Papp has many tips and tricks she has picked up from her on camera acting days and often helps her on stage colleagues with their self tapes.

She says the biggest difference between an on camera self tape audition and a voice over audition is time.

“With voiceover, I generally read the specs, skim the script, make a couple quick decisions, and hit record. Then I’ll do another take, listen back to both, and if needed, record a third with a couple adjustments in mind. Then a quick edit, and off it goes in the space of five to ten minutes,” she explains.

With on camera, there is more expectation. She breaks it down like this:

Mia Scarpa, the sister of Voices platinum voice talent Gina Scarpa, is a stage actress who specializes in musical theater. Mia works closely with Gina, assisting her with her voice over auditions.

Gina will record her tracks, then Mia edits and submit them for her; a powerful sibling synergy.

Although Mia doesn’t personally focus on voice acting, her close work with Gina has helped her to understand the audition process inside and out, and importantly, how it differs from self taping.

“What I’ve discovered is that it takes significantly more time to create a self tape than it does to create a voice over audition file,” Mia explained. “Gina is able to get considerably more auditions done in a day than I can. Self taping is extremely time consuming.”

Mia said part of the reason for that is because she believes it’s easy to fall into the trap of watching footage of your self tape back and scrutinizing every tiny detail.

Then it often becomes hard to choose a take, and it takes time to edit and upload longer video files.

“What I have found is that voice actors also spend a tremendous amount of time working on their auditions, but they can get multiple new auditions done per day. A voice over client may request 20-30 seconds of copy for an audition, while creatives for stage productions often require anywhere between one and ten minutes worth of footage for a single audition which should be as close to memorized as possible,” Mia said.

Amber Musser, is a Voices platinum talent based out of Wheeling, West Virginia, who’s originally from Tennessee. Musser juggles both self taping for on camera auditions and voice over auditions.

She added facial expressions and body language are a major difference between the two audition types.

“When self taping, we need to consider wardrobe and appearance, as well as utilization of facial expressions and body language to help convey what a character is experiencing during an audition,” she said.

Do Voice Actors Have an Advantage for Self Tapes?

Mia says in many ways, voice actors actually do have a leg up on competition for on camera auditions.

“Although there are many stage performers who are very tech savvy, I think across the board, voice over actors are better with technology. They already had the digital skills that many stage actors lacked when our auditions transitioned from live and in-person to fully digital and on-camera when the pandemic hit,” she recalled.

Mia said most voice actors had a lot of equipment at home and were primed to transition well to auditioning from home or remote locations.

“A voice actor generally already has some great sound equipment at home, and since their livelihood depends heavily on the quality of their sound, my guess is this would translate very well to having great sound for an on-camera audition,” she said.

She also feels that if voice actors already have experience in commercial work, it will translate well to auditioning for on-camera commercials.

“Skilled voice actors have a great ability to sound natural and bring a relatable quality to their recorded commercials. Professional stage actors are used to performing for hundreds of people, so we have had to dial it back for the camera on most occasions,” Mia adds.

Papp adds to Mia’s analysis on the voice acting advantage and said voice actors are trained to quickly “find the beats in the script”, presenting the problem and offering a solution, and all the nuances in between.

“Voice actors are very used to wearing all the hats at once: Actor, director, editor, etc. We are always doing ten things at the same time,” she said.

“When I first started doing on camera self tapes, it was a little disconcerting to have to not only be the actor, but figure out all the technical aspects as well. Am I framed correctly? Is the lighting good? Did I hit the mark? Did I press record? Oh yes, I’ve absolutely forgotten to hit record before.”

Some other things Papp wants you to keep in mind when self taping for on camera auditions:

Have you ever done a self tape for an on-camera audition before? Let us know in the comments section what your tips are and what the experience has been like!