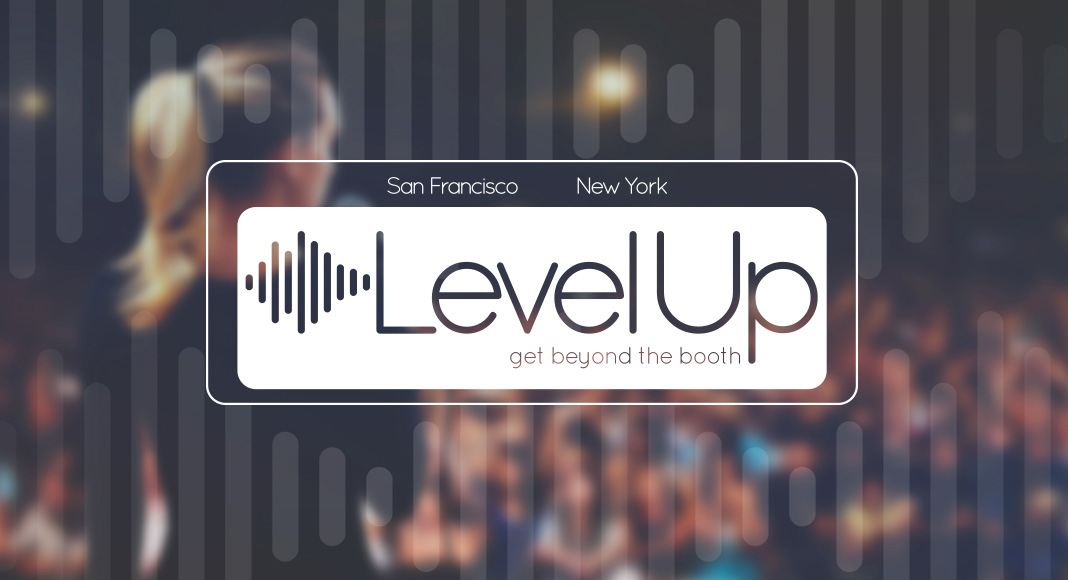 Get Beyond the Booth in San Francisco and New York

Home recording studios can be isolating, I think you’ll agree!

Over the last decade, our team has gone to a number of voiceover conferences and met with many of you from coast to coast to coast. Getting together in real life and celebrating community is important.

That’s why we’ve set out to host a number of 1-day events in 2017 to educate, inspire and most importantly, create connections that will enrich your life and business.

We’re excited to invite you to a series of one-day conferences taking place next year in San Francisco and New York.

Here’s a little more on each event.

Set in the cultural, commercial, and financial center of Northern California, the March 18th, 2017 stop in San Francisco will cover everything from workflow capabilities and how to complete 2 auditions per minute, to work-life balance best practices and how to hustle for a bigger payday.

The last stop will take LevelUp to the Big Apple on May 20th, 2017 for one of the most comprehensive agendas of the tour. Cross over Brooklyn Bridge to learn how to brand one’s voice, take a peek behind the curtain of online casting, get the lowdown on audio mixing, have your auditions diagnosed, and get insights on how to sell your voice.

Do you think you can join us?

There’s no better way to make friends, create memories, network or learn than attending an event like LevelUp. I’m really hoping you are able to make it!