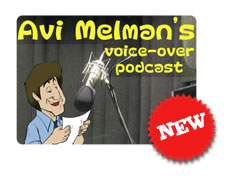 Pat Fraley says that it can be done! To find out how you can turn a non-union job into a union job, read this post.

Avi Melman’s holiday podcast featured the illustrious Pat Fraley, voice actor, author, guru and all-around great guy. While I was listening, something struck me. I’d never heard of this before, but upon closer examination, it makes perfect sense. If someone offers you a job and states that it is ‘non-union’, you as a union talent can still take that job on by following a new formula, deemed kosher by the union.

For instance, Pat is a union player. A client offered him a job to voice a talking parrot. The job itself looked like it could cost about $500 to do, perhaps less. Pat quoted $1000 and the client was fine with that, but insisted that the job he was offering to Pat was still non-union. No problem, says Mr. Fraley. And why was it not a problem for Pat?

Although the job in the clients mind was still non-union, he was compliant regarding the higher fee and Pat was able to turn that job into a union job. Here’s how you can do it too: By union ruling, you can turn a non-union job into a union job by taking the fee appropriate to a payroll company who tells you how much it’s going to be and they act as a union signator. The job is thus unionized. The union gets paid, the agent gets paid, medicare gets paid, etc.

Rule of thumb: The fee needs to be 40% more than the AFTRA or SAG minimum for this formula to work. In other words, non-union jobs that pay lower may not qualify to be ‘turned’ into union jobs. Thank you to Avi and Pat for entertaining us and for your insight 🙂
Cheers,
Stephanie