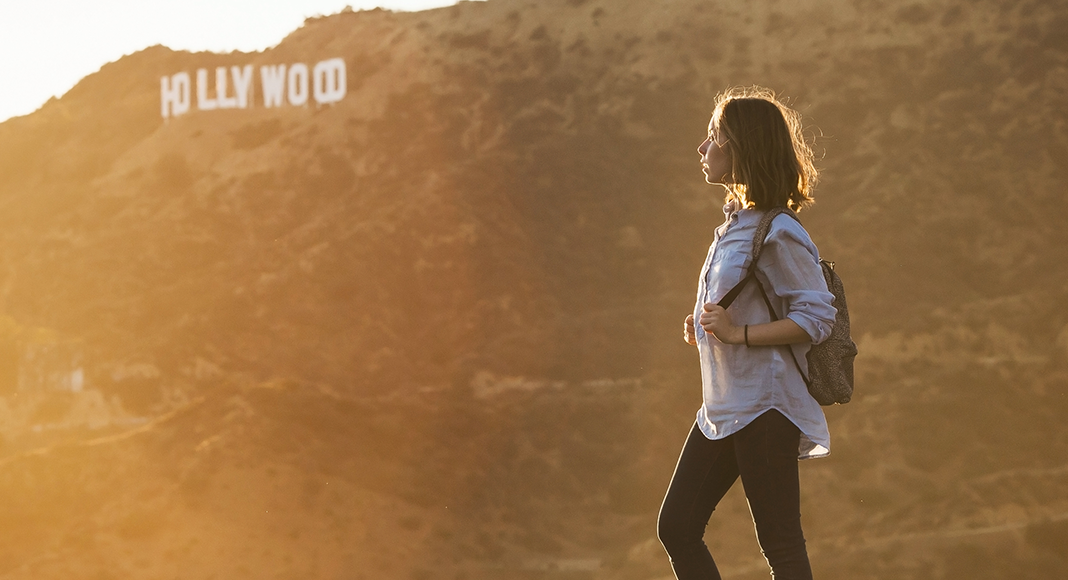 Traditionally, people known as Triple Threats have been performers who can sing, dance and act, but what if there is a new Triple Threat on the horizon?

The trend in casting lately is to not only pick people who are very good actors for roles, but, to also prominently feature actors who have great voices for the character roles they are playing.
With song and dance stepping to the side, and new variables coming into play, one has to ask:
Is the new triple threat acting ability, looks and voice?
Find out!

What is the Triple Threat?

Typically when we refer to a Triple Threat in cinema, theatre, or on Broadway, it’s someone who can:

Acting is the cornerstone and is the most important of the three.
In a musical production that has a lot of dance numbers, it is not uncommon for a casting director to choose an actor who can dance better than they can sing for a role instead of choosing an actor who sings better but isn’t as strong of a dancer.

Likewise, if there is minimal dancing but lots of singing, the actor’s ability to sing will overshadow their dance skills. One nearly always trumps the other in casting with regard to singing and dancing, however, acting is never, or at least shouldn’t be, trumped by either of the other two. For a moment, let’s set that compound aside and consider what may very well be the new, modern version, at least in Hollywood, of the Triple Threat.

The new Triple Threats are people who possess:

One could argue that looks, that is to say physical appearances fitting the description that a director has in mind for their character, is an honourary fourth element of the original compound, but never before has it been so commercially desired, and for that matter, never before has there been such an emphasis placed on the quality, texture and versatility of an actor’s voice on-camera.

After some thought, it occurred to me that a new Triple Threat was taking shape right before our eyes, and while not entirely replacing the original for obvious reasons where it is still king, the new Triple Threat is settling into its own in casting talent today for on-camera work.

Why a New Triple Threat?

Acting has always been the most important element of the compound which is why it has remained first and foremost on my new list, but you might be wondering, why lose singing and dancing?

Since most of our entertainment and favored cinematic productions nowadays have very little to do with singing or dancing, unlike films made several or more decades ago that were rooted in musical theatre tradition, the need for talent with those two specific skill sets has been replaced with what is necessary in the present, which now includes how an actor is able to use their speaking voice and their physical appearance.

As superficial as it sounds, looks, whether an actor be handsome, beautiful, or just what was required for the role, are very important factors in casting the right person. A prime example is casting for the latest Star Trek movie.

When casting for this film, the producer J.J. Abrams and his team went to great lengths to find actors, who in addition to their acting skills, embodied very particular physical and vocal traits. Perhaps the most dead-on casting decision was to cast Zachary Quinto as the young Spock, nearly a doppelganger for Leonard Nimoy measure for measure in physicality and vocal prowess.

If you’ve been thinking that perhaps I’ve allotted too much gravity to looks, remember that it’s not necessarily the most good looking actor or actress who will get the role… it’s more to do with if their appearance and artistic interpretation fits the vision of what the director is looking for when casting a particular character.

Sometimes this is preordained and dictated by details in a book that a movie is based upon where an author describes what the character looks like, or, it’s based upon a previous production and is paying tribute or homage to someone who filled the role beforehand.

Could Scarlett O’Hara have been cast as a towering blond with a husky voice? No! That would have gone against what Pulitzer Prize winning author Margaret Mitchell wrote when first describing the protagonist in her novel, Gone With The Wind (1936). Would it have been the same if Harry Potter was cast in the movies to be a muscular chap who spoke with an accent that was decidedly not British?

Again, I think you’ll find that certain characteristics are defined ahead of time, and to stay true to the book, or in some cases, a playwright’s original work, these details are given special consideration when casting for a role.

But, Why Has Voice Become So Important?

While our community is biased to say the least, believing that voice has always held a fundamentally significant post in casting, the mainstream media and people outside of our industry are just discovering how much impact voices can have in entertainment and beyond.

The voice conveys more than mere words alone can say.
Just take a look around! With the success of audiobooks, cartoons, animated films, video game voices in games with speaking roles, movie trailers, and films showcasing talent who have voices and deliveries on par with their acting skills, fantastic voices have become more than just a nice thing to have if it happens to comes your way but a requirement for creating a production that people who are accustomed to excellence in entertainment will consume and enjoy.

That’s to say nothing of selecting particular voice characteristics in talent for voice over in television and radio commercials, promos, station identification, telephony, podcasting, online videos and more.
So, given the increase in popular consumption and bars raised for producing entertainment unparalleled in these areas of import, it’s literally a no-brainer that voice would rise to the occasion and become a fundamental component of the new Triple Threat.

The Floor is Open!

Can you think of a role that you’ve seen recently where someone was a Triple Threat of the new school of thought?
Is there anything that you’d like to add?
Looking forward to this discussion! If you are reading on the blog, you’re welcome to comment below.
Best wishes,
Stephanie