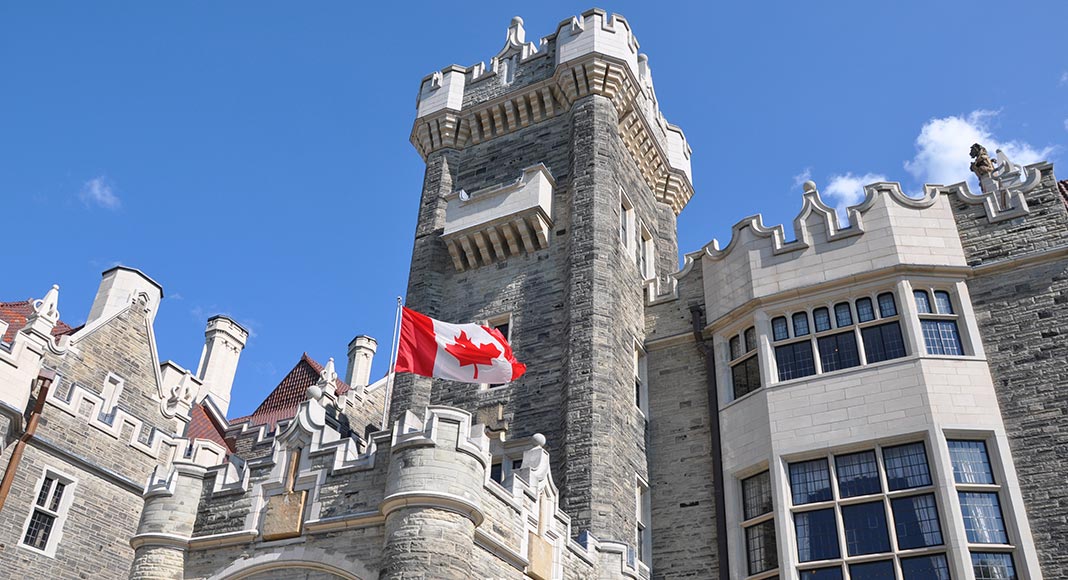 Tax Credit and Funding Programs for Filmmakers Operating in Canada

If you’re in the film industry, securing funding – and staying on budget – may be the biggest hurdle your project faces.

But what if you could ease the financial burden by taking advantage of special funding and tax credits?

If you plan on producing your film, or parts of it, in Canada (aka Hollywood North) you may just find that you’re in a land of financial opportunity, thanks to the many programs available to Canadian producers.

Here is a sampling of seven funds and tax credit programs to look into if you’re producing a film project in Canada and/or Ontario:

According to their website, the Bell Fund “encourages and funds the creation and development

of excellent Canadian digital/TV multi-platform projects.”  Learn more about the Bell Fund and get a high-level comparison of their programs.

Telefilm Canada’s strategic plan is described as being “Dedicated to the cultural, commercial and industrial success of Canada’s audiovisual industry, Telefilm Canada, through its various funding and promotion programs, supports dynamic companies and creative talent here at home and around the world.”

Check out their comprehensive and extensive website, which also includes more information on how to co-produce with Canada.

The Canada Media Fund’s mission is to guide “Canadian content towards a competitive global environment through fostering industry innovation, rewarding success, enabling a diversity of voice and promoting access to content through industry and private sector partnerships.”

As a non-for-profit corporation, CMF delivers $371.2 million in funding annually to support the Canadian television and digital media industries through two streams of funding: Convergent and Experimental.

Learn more about the CMF and its programs, including eligibility and application deadlines.

Since 1986, this fund has invested almost $84 million in the Canadian film and television industry – or almost 4,000 projects. Specifically, the Harold Greenberg Fund/Le Fonds Harold Greenberg is a national funding organization that supports the development of Canadian dramatic feature films.

According to their website, the English-Language Program is supported by Bell Media and The Movie Network. The Fund helps support:

If you’re producing film for children’s programming, then the Shaw Rocket Fund may be a good resource to look into.

In their Industry section online, the Shaw Rocket Fund specifies that they are “constantly on the lookout for investment opportunities in great Canadian audiovisual and digital programs that will fuel the imagination and intelligence of children, youth and families in Canada and abroad.”

“Eligible programs are evaluated on creative quality, financial strength, and the values and benefits they provide to the intended target audience, on all platforms. The strongest proposals, based on the evaluation and discretion of the Shaw Rocket Fund, are considered for investment.”

Within the NOHFC’s Northern Business Opportunity Program, there is a section for Film and Television Industry Projects.

The webpage description of the program very clearly outlines the eligibility requirements and application process.

But for those who are successful, NOHFC provides “assistance in the form of a conditional grant up to 50% of eligible costs to a maximum of $500,000. NOHFC funding is based on the project’s level of spending in Northern Ontario and on employment and training opportunities for Northern Ontario residents.”

Numerous opportunities for tax credits and funding are available for producers in Ontario through the OMDC.

“Research grants are also available to incorporated not-for-profit industry organizations undertaking research initiatives that support or complement the mandate of the OMDC.”

Learn more about the OMDC’s many programs, including eligibility requirements and the application process.

Before You Begin Your Project – Take Note

Philippa King, Head of Business at Blue Ice Pictures, has been working in the film industry for over three decades and has firsthand experience with Canadian tax credits and funding, including holding a previous position with the Ontario Media Development Corporation.

According to Philippa, because the tax credits are processed after the project has wrapped, it’s worth it to be 100 percent clear on the requirements and eligibility long before you begin. Take note that non-Ontario producers must connect with an Ontario resident producer/production company in order to access Ontario programs. The tax incentives are rigidly structured, so you have to really, really be sure of the eligibility requirements,” she says. “Even making a simple mistake in the beginning can cost you in the long run, by making you ineligible for a credit.”

“I usually recommend that people set-up their structure and call the agency or organization you’re hoping to obtain a credit through – like the OMDC – and ask ‘does this sound as if it’s going to work?’”

“It’s really important to check it out or to seek the help of a legal and business affairs firm and just run them through your scenario. If you don’t, you could be offside and too late to fix it.”

Are You Looking to Hire a Canadian Voice Actor?

Explore how Voices.com can help you locate the perfect Canadian voice actor today.