Have you ever been at a crossroads? Ever needed to choose one path over another?
In today’s Vox Daily, we’re shining the light on Lilias Trotter, a woman whose life nearly slipped into obscurity. Why haven’t you heard her name until now? Find out in today’s Vox Daily.

Who is Lilias Trotter?

Could you give yourself totally to your art?

“The intellect of man is forced to choose between the perfection of the life or of the work.” – William Butler Yeats, paraphrased

The first time I heard about the 19th Century artist Lilias Trotter, I was inspired. After watching the documentary Many Beautiful Things, I had an entirely new appreciation for her and a greater understanding of why she was largely unknown until now.

For me, and I hope many others, Lilias serves as an inspiration and represents what it is to be both truly talented and to use one’s gifts in the service of others.

Giving Voice to a Beautiful Story

I must tip my hat to the documentary’s director, Laura Waters Hinson and its executive producer, Hisao Kurosawa. Everyone involved did an excellent job creating beautiful art framing it with candid interviews, lovely music and powerful spoken word recordings.

As all great documentaries do, Many Beautiful Things drew much of its content from primary sources, including personal letters and diary entries. Michelle Dockery (Downton Abbey), lends her dulcet, resonant tones to Lilias Trotter and the incomparable John Rhys-Davies (Lord of the Rings) bestows his voice on Lilias’ mentor and celebrated English art critic, John Ruskin.

In this behind the scenes of featurette, actress Michelle Dockery explores the woman, her story and dominant themes in Many Beautiful Things.

There’s also an enjoyable interview with John Rhys-Davies via Paste Magazine, sharing about what it was like portraying the voice of prominent artist and social thinker John Ruskin, revealing of the project that he’s “still as proud of it as anything I’ve ever done.”
The storytelling is thoughtful, honest and well done. The narrators gave memorable performances but better yet, honored the people involved and their story.

Given the Choice, Would You Rather:

A) Be extremely successful in your career yet feel unfulfilled on a certain level.

B) Follow your heart and make an impact in less noticeable, more subtle ways.

Looking forward to your reply,
Stephanie 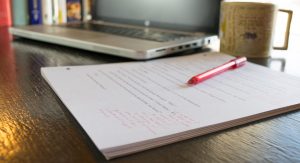