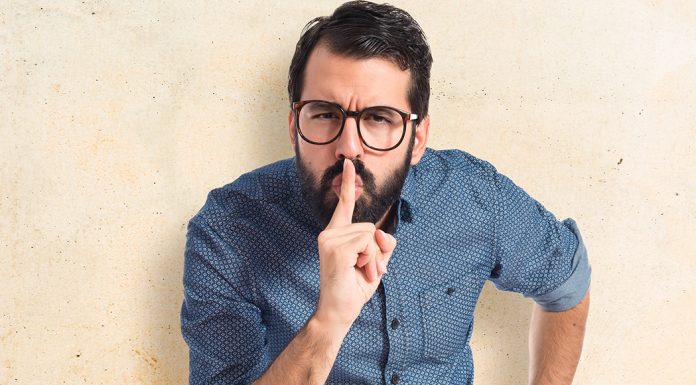 The Dangers of Whispering For Your Voice

Whispering may seem like a good way to conserve your voice. But in reality, it can be very taxing!

There are many myths out there about what does and does not hurt your voice. What happens if you whisper too much?

Many people tend to think whispering is harmless. Fact is, whispering affects the voice in a negative way.

Find out what whispering does to your voice and how you can take care here at Vox Daily.

Dangers of Whispering and How It Affects Your Voice

An article on the Voice Academy microsite, hosted on the University of Iowa website, covers vocal fatigue (quite a worthwhile read) and a bit about the affects of whispering on the voice.

The article relates that whispering is talking without vibration of the vocal folds. If the vocal muscles are fatigued, whispering won’t allow them to rest.

Also, whispering may have a dehydrating effect.

Just think about it:

When your vocal folds are pulled tight and unable to rub together, it would make sense that a drying affect might occur.

Another thought just occurred to me as to why some people may think that whispering actually helps lessen strain on the voice.

When you are whispering, the volume of your voice is gets quieter, giving the impression that the voice is not being used as vigorously or strenuously because of its quietness.

While it may not be a loud yell or bloodcurdling scream that abuses the instrument, whispering silently stifles the voice unwittingly over time and may contribute to vocal fatigue among other things.

When I published an article about vocal rest several days ago, a comment came in from Priscilla Hamilton, sharing that whispering can be even more of a strain on the vocal folds than speaking. She also suggested that there is a misconception that it is OK to whisper while on vocal rest.

Even though some people may see whispering as a means to speak while on vocal rest, it might be better to just write down what you’re trying to say on a notepad instead of straining the vocal folds during a period of rest or recovery.

In the same vein, if you are stuck in bed and also on vocal rest, consider asking for help by:

What have your experiences been with whispering? Do you purposely avoid it?

Looking forward to hearing from you!