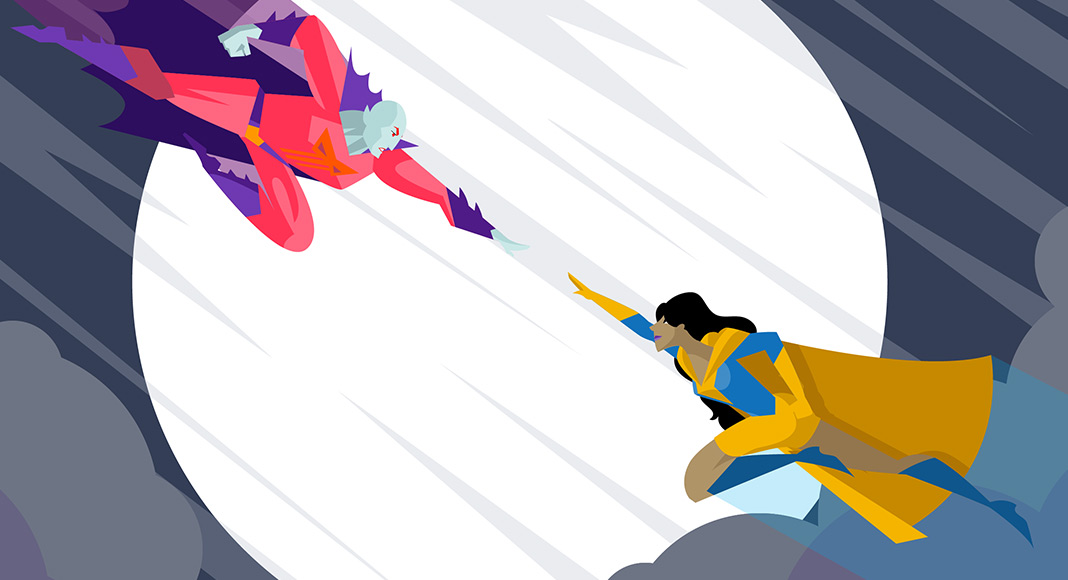 Video games are visual stories that require intricate dialogue and cutscenes to help players get acquainted with the characters in the game. Because of that, producing a video game with captivating characters is a sure-fire way to ensure its success. An interesting video game character will not only have an interesting appearance, but also and intriguing voice. Here are 2 narration and dialogue scripts to serve as inspiration for video game developers in the process of character design.

For Clients Looking for Voice Over Script Examples for Video Games

The scripts include specifications like voice age, gender, job description, role, accent, etc., much like voice over job postings on Voices. So (if you’re looking for a voice actor), the next time you post a job on Voices, you’ll know what job posting format will bring about the best auditions. This formatting helps voice actors to better understand the vision you had for your project, and bring it to life in their read.

Feel free to use these scripts for practice reads! Keep in mind when auditioning for jobs, it is recommended to only provide a small portion of the read in your demo. For example, 7 to 15-second read of a 30-second script will suffice for your audition demo.

Sample scripts in this page:

The People Freer is an action-packed fantasy fiction game where the player assumes the role of a rough-around-the-edges hero who frees villages from their capture and impending doom.

The voice of the hero can be described as weathered, brave, calm, determined, calculated, and stealthy. The script contains “effort” scenes where the voice actor will need to provide their own interpretation of effort noises as if they were climbing a tree.

This place is called the black forest for a reason. It’s name is suiting.

Everything here reeks of rot and mold. By late afternoon the sun no longer

shines through the mossy tree tops. It feels like night comes again as

soon as it’s left. And with the night, comes the forest’s creatures, prepared

with their unsatiated appetite for anything with a heartbeat. It’s terrifying.

The hero hears yips of hyena-like animals in the distance, and low guttural rumblings much nearer, suggesting something massive is approaching. The hero takes in a sharp-drawn breath of momentary fear, followed by an exhale of battle preparation.

A massive beast shows itself. It’s final footstep lands so heavily that it causes the ground to shake like a centralized earthquake.

gasp – as the the wind is knocked out of his/her lungs. The hero quickly regains

footing, now standing and gazing upward at the forest ogre, who towers above.)

*getting the wind knocked out of them*

*effort of standing upright after getting wind knocked out of them*

(Channeling the anger of being met with yet another monumental challenge,

*Note that cursed is pronounced in one syllable, not two.)

“I didn’t come this far to fall to the fate of this cursed forest.“

The hero swiftly begins to scale a nearby tree to gain a better vantage point over the forest ogre.

for their life onto the landing branch.*

Now up high, the hero can see a familiar medallion around the neck of the forest ogre.

(Said in a quick, serious, perplexed, and concerned voice)

“The cursed medallion of Duhu? (doo-hoo)”

The hero and ogre lock eyes. The hero sees something in the soul of the ogre that feels as familiar as the medallion.

(Suddenly filled with shock, then compassion, and determination)

“…Old friend… I have freed our people. And I will free you too.”

Sky Gorgs Are The Enemy

This video game is suited for pre-teens and young teenagers. The player assumes the role of a young hero who travels to different villages to save them from the evil Sky Gorgs with the help of his trusted pet.

The voice for this role will sound heroic and courageous, yet innocent. The young hero character adores his pet. That relationship is very similar to the relationship that a child and their dog have. “Gorgs” is pronounced with a hard “G” like the word ‘good’. Not like “George”.

*wakes up with a yawn*

The family pet – Cloudzie – runs to the feet of the young hero in a frenzy.

Cloudzie runs towards the front door, looking back at the young hero as if to request that they follow along.

As soon as the young hero opens the door, they see the lightning and thunder of a fast-approaching storm.

“Woah, that storm is rolling in rather quickly, Cloudzie.

You sure you want to go outside right now?”

Cloudzie bolts out of the door and begins running in the direction of the storm. The Young hero dashes out the front door to follow the pet, struggling to keep up.

Hey wait for me!

The Young Hero notices something peculiar about the thunder and lightning above them.

“This isn’t any ordinary lightning, is it Cloudzie?“

[Young Hero surveys the damage in the distance]

“Oh no! The lightning has struck the Lovelands!”

[Young Hero, now determined to save his world]

“We have to chase off the Sky Gorgs before they completely destroy the Lovelands!”

*Runs forth with their best battle cry*