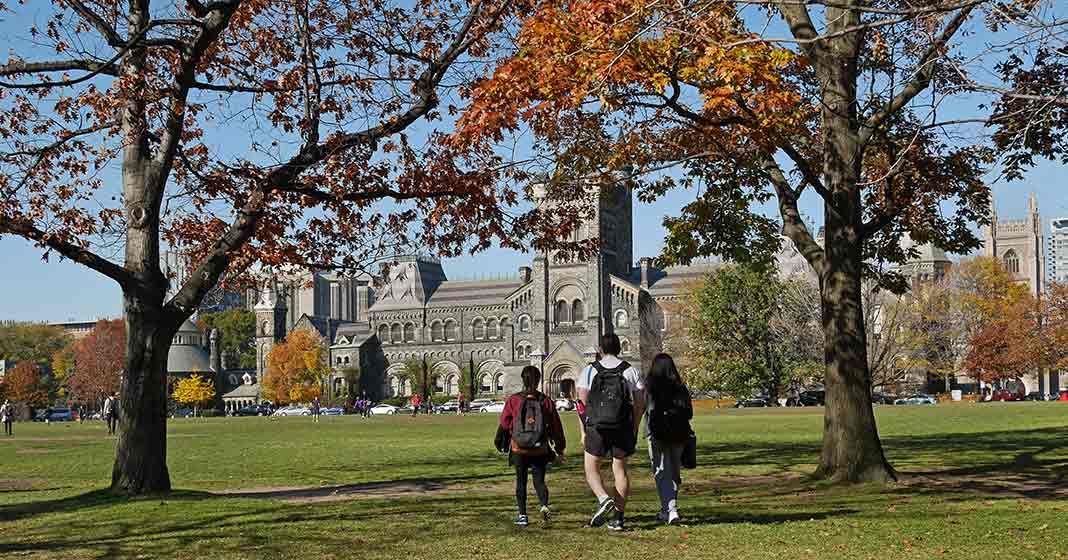 4 Tips for Voice Acting in College and University Marketing Campaigns

College and university marketing, aimed at landing fresh learners, is a big-time industry in the United States.

And while you may be accustomed to the bombardment of ads from countless educational institutions, it’s easy to forget that each of the more than 5,300 colleges and universities in the U.S. all need some sort of voice over work for their internal and external marketing campaigns.

Each one of those schools is fighting for enrollment numbers and many have a healthy advertising and marketing budget to win new students over.

The education category on Voices is one of the largest pools of voice over work, and it’s growing fast. As of 2019, it’s the third largest job category on the site.

Educational voice over work is diverse and includes jobs within both the public and private sector educators. Within the public sector, the growth in the number of voice over jobs for just universities and colleges alone has grown by over 82% in the past decade (2008-present). These institutions hire voice actors for a wide variety of jobs, from advertisements to online course materials.

But what are these schools looking for? And are they good clients to work for?

We caught up with two professional voice actors to get the low-down on what it’s like to be the voice of multiple post-secondary institutions, specifically for their advertising and recruitment campaigns.

In this piece, they’ll also explain what vocal qualities schools are looking for and some tips to consider.

Compared to the work he’s done for consumer brands, one of Zach Hoffman’s favorite clients may not be the flashiest on his books, but they are the most faithful.

Zach has been the voice for most of the University of West Georgia’s (UWG) marketing material for nearly a decade.

“We’re talking about an eight-year standing relationship with people who consistently paid me well and fairly,” the professional voice actor based in Nashville, Tennessee says about UWG.

It’s the long-standing relationship and loyalty he says that can be rare to find with other voice over clients.

“One of the cool things about college clients is they’re typically really loyal. The people (at UWG) are wonderful people to work with. They love me and I love them,” he says. “Colleges are notorious for that in the voice over world.”

More recently, Zach has also been the voice of Middle Tennessee State University and Merrimac College.

Part of the reason this loyalty exists is that many institutions have savvy in-house marketing and advertising teams that have built-out multi-faceted online, billboard, print, radio, TV and other digital platform campaigns.

All of those strategic campaigns, if planned well, will have one consistent theme and voice running throughout each medium. And if a campaign works, the school usually keeps running with it. Sometimes, that means they want to run similar campaigns with the same voice actor for years.

Since 2008, 1,850 different jobs have been posted by universities and colleges just on Voices alone.

“My stuff has been used for marketing because the name of the game for colleges is recruitment. They’re trying to get new students,” he explains.

Loyalty is just one perk for onlooking voice actors, as Zach says the pay is solid too.

According to Zach, in addition to a surge in jobs that come through on a yearly basis, in time with marketing efforts, there is also a lot of opportunity for ongoing voice over work too.

“I did six TV and eight radio [ads] and some other tags [short clips] and I got paid close to scale [SAG-level pay] on that. It was a lot of money,” he says.

What Kind of Voice Overs are in Demand for Post-Secondary Advertising?

Zach’s experience with UWG is a microcosm of why post-secondary institutions can end up becoming a tremendous long-term client. Many are looking for that iconic voice to carry their brand.

“They want to have that brand [identity] and are looking for a voice for their brand,” he says.

But what kind of vocal qualities are schools looking for? Youthful, upbeat, wise or hip?

“It seems like every single college that I’ve worked with wants a natural, conversational read. Which is pretty prominent throughout the voice over world right now. If you want to work, you’re going to have to know how to do that,” Zach says.

Of all the post-secondary institutions that posted jobs in the last two months on Voices, multiple schools were looking for talent with amusing, confident, inspirational, happy, authentic, charismatic, friendly and conversational vocal qualities.

To add to that, 57% of schools were specifically seeking a middle-aged or young adult voice.

“I don’t think they necessarily want someone who sounds like a full-on student, but they don’t want it to be full-blown announcer or broadcaster either. They want it to sound relatable and student-oriented but really you’re pitching to their parents too. So it’s a weird balance.”

Emily Gubler knows about that weird balancing act as well.

The 44-year-old mother of six is a professional voice actor based outside of St. George, Utah. Emily has used her youthful and bubbly vocal qualities to land work with a handful of schools as well.

“One thing that I’ve noticed is a consistent description from the client. They want you to come across as someone who has experienced it (school) but are just barely done with that experience. So (the voice) would still be considered a peer or a mentor because they were just there,” she says.

Emily says being able to get a future student excited and wide-eyed about the school is paramount.

“I’ve been told I have a youthful quality to my voice…so I can come off as being excited and enthusiastic whenever I’ve done advertisements for colleges. Being able to get excited is a big one that I think the clients have liked because they’re trying to appeal to new freshman coming into a college or high school students that are trying to get in,” she says.

Zach and Emily both offered some other tips when you’re working to land a school’s voice over job:

1. Pitch your local connection to the school

Both Zach and Emily landed gigs for schools close to where they live, in large part, because they can pull off a local accent and speak to the parents and students on their level.

“The one for Utah Valley University, I did make a comment in my proposal that I’m a Utah girl and I lived in that town,” Emily says.

2. Space out your voice over auditions geographically

Yes, this tip slightly steps on the toes of the one above. However, you often can’t be the voice of multiple schools in a single geographical region due to recruiting conflicts.

“If you’re going to try and target one school then you need to be careful not to take a job from another school in that region,” Zach says. “If it’s a school that markets nationally, you want to make sure you don’t put yourself into any conflict.”

3. Build relationships with your client

Like we said before, when these schools look for a voice actor for their campaigns, they’re looking for someone they can lock in for a while. Building and fostering relationships with the ad agency or in-house marketing team at the school will make or break opportunities for you if you become “their golden girl/guy.”

“Just be a normal person who’s kind. Be conscientious and courteous; that’s what we want in a relationship right?” Zach says.

4. Learn and love your role

Emily mentioned schools are looking for someone who can do a youthful, excited and engaging script read. The only way you can pull that off and have the school’s decision-makers believe it, is if you actually get in character and totally commit to the role.

“I try to get in the mode of a teacher, faculty member or student. Depending on what the role is,” Emily says. “I come at each job from the position that I really love what I do.”

So what about you? What school would you love to be the voice of? How has your experience been if you’ve voiced projects for schools before?