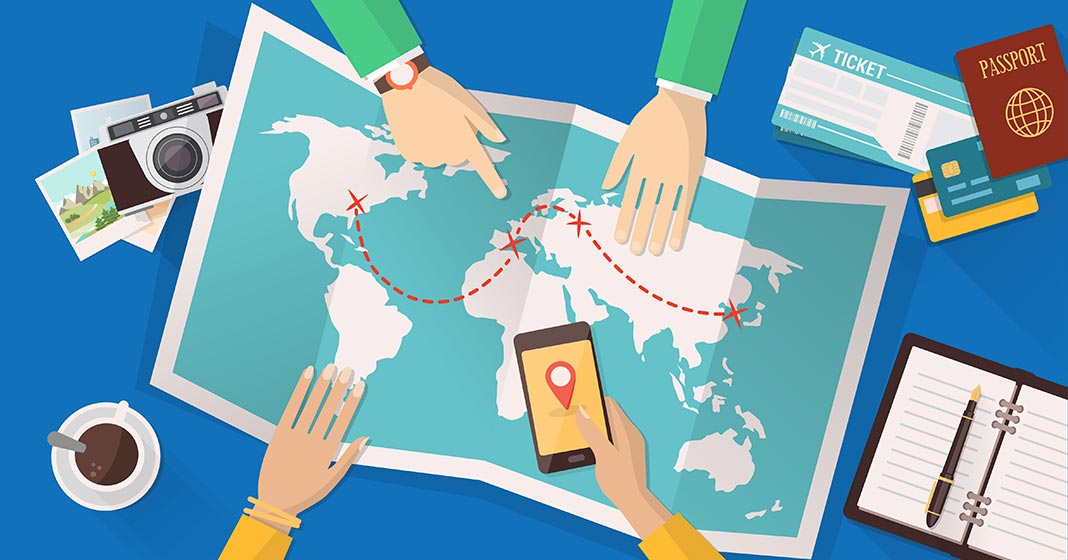 Accessible tourism is an ongoing measure to ensure that tourist destinations and services are accessible to all people, regardless of their disabilities or physical limitations.

The concept of accessible tourism is gaining more awareness as newer technologies develop that could potentially alter the world of tourism as we know it, and open it up to people from all walks of life, giving some travellers the tools they need to travel the world autonomously.

Focusing on those who are blind and have vision loss, this article will take a look at where the future of accessible tourism is headed as well as the initiatives funded by various governments to increase accessible tourism through the use of voice applications.

The Future of Accessible Tourism

The future of accessible tourism involves becoming more aware of the different levels of vision loss and the different groups that exist within a region.

Within each subset of accessible tourism, it is also important to take into consideration that we cannot group all visually impaired or blind people under one umbrella.

First off, there are many different types of vision loss and the range of impairment is quite large. Also, there are people with vision loss from all ages and backgrounds. As a company in the tourism industry, you may want to consider creating different audio guides or stories for seniors than you would want to create for children, for example.

Here are the different groups of visually impaired tourists/people that may experience vision loss and will need to be accommodated in different ways:

The future of accessible tourism also includes expanding accessibility from within the walls of museums and theaters and onto the streets. Take a look at the city of Columbus, Ohio as an example. They have become the first Smart City (an urban area that uses electronic data collection sensors to supply information, which is used to manage assets) in the United States and wrote a playbook for other government bodies on how they too can become a Smart City. Smart Cities will allow those with visual impairments to visit cities as tourists and feel comfortable enough to navigate a new city on their own.

Accessible tourism involves ensuring that people are able to get around the city in order to experience the different offerings that a city has. There are ways that, through the use of voice, different city infrastructures can provide safe navigation and seamless integration for those who are visually impaired.

The future of accessible tourism is not too far off. How can you make your products, services and cityscapes more accessible to those who are blind or experience vision loss?

Let’s take a look at how some companies are becoming more accessible.

A significant amount (20%) of the advertising budget was dedicated to Parks Canada – whether to make Canadians aware of the national parks that exist within their nation, or to attract visitors from other countries.

For Parks Canada, like many destinations, the goal of appealing to visitors from all backgrounds and with a range of abilities, means they must take a two-fold approach: first, advertise and communicate to potential tourists in the way they need (e.g. auditorily for those with vision impairments) and then show them that once they arrive at your destination, they will be accommodated – whether that’s through audio tours, an app they can download, or more.

Once the ad has convinced the traveller that they want to travel to a particular destination within Canada, then the next goal is to make sure that destination is equipped to allow those with visual impairments to properly experience the attraction through the use of visual aids.

The Technology: Many historic sites, such as the Fort Langley Historic Site, offer audio tours of the site in various languages that allow visitors to follow along, at one’s own pace and experience the sites through sound.

Museums are included on the list of tourism activities and, as is the case in the United States, are funded partially by the government. According to the American Association of Museums, just over 24% of a museum’s operating revenue comes from federal, state and local level funding. The rest of the funding comes largely from donations and admission fees.

With government funding, comes the added pressure to make museums accessible for everyone, and some museums have really stepped up to meet this cause. More and more museums throughout the United States and the world are striving to make their facilities and exhibitions accessible for people of all abilities.

The Getty Villa, one of the two locations of the Getty Museum, with the reinstallation of the permanent collection, had the chance to freshen up their existing audio guide content. They created more than 130 new, two-minute audio bites. They also produced a highlights tour that features 12 objects translated into 9 different languages.

The Technology: You can pick up a free multimedia player inside the main entrance to the museum and then begin your journey. Although the main objective of this project is to “liven” up the ancient world through sound and story – audio guides can also serve another purpose – which is making art accessible to those who are visually impaired. You can listen to some of the audio guides that are available here.

We can see the desire to open exhibitions for the visually impaired taking shape all over the world, most notably in Tokyo, Japan, where audio guides are taken one step further.

The Panasonic Shiodome Museum has made some strides to ensure that those with visual impairments are able to immerse themselves in the experience of going to museum in the same way that sighted people can. In 2017, they tested out their Museum Guidance Service for the Visually Impaired system. The test allowed those with visually impairments to explore 8 artworks in the Matisse and Rouault exhibition.

The Technology: When visitors approach a work of art, their smartphone will receive a signal from a beacon installed above the artwork through the bone conducting headphones (headphones that act as an eardrum from the source of the noise – in this case the beacon – to the visitor’s ear). Bone conducting headphones allow the visitor to hear what’s going on around them, enabling them to enjoy the ambient sounds around them, while also helping them to navigate their way safely through the museum.

The audio guides provide specifics of the artwork they are looking at in great detail and include the frame size, colors, textures and much more.

The Pittsburgh Ballet Theatre is a company that has been providing descriptive audio performances for their patrons who experience vision loss since 2012. It was part of a larger accessibility initiative that included braille and large print programs as well as sensory-friendly performances.

The Technology: Patrons experience the performance through verbal description of the action on stage, including choreography, story line, scenery and costumes. Pre-show notes, with production and program information, begin about 20 minutes prior to the start of the performance. The Pittsburgh Ballet contracts with an audio describer who writes the descriptions and narrates the show. There is usually one audio descriptive (AD) performance per production.

From the audio describer: “I watch video of the ballet a few times and make general notes on the dancing. I read the audience production guides and have talk with staff about features of the ballet. I find the story ballets easier than the contemporary pieces!”

How Can Other Companies Support Accessible Tourism?

The examples that were touched on above, are all examples of companies funded, in some part, by their respective governments. However, with the quick adoptions of technology, we can expect to see accessible tourism become something that is able to be created not just by publicly funded organizations, but by private ones as well.

We have seen some instances where apps have become an increasingly important part of accessible tourism.

Take for examples, Soundwalkrs, a company dedicated to providing immersive audio tour guides available via their app. They saw a gap in the tourism market and decided to fill it – and that gap was that there were no audio guides of cities that provides a fully immersive experience.

You don’t have to have a large budget or be funded by the government to look at ways in which your company can be more accessible. You just have to put yourself in the shoes of those who have vision loss and seek out opportunities to create supplementary audio content to a tourist activity that may already exist.