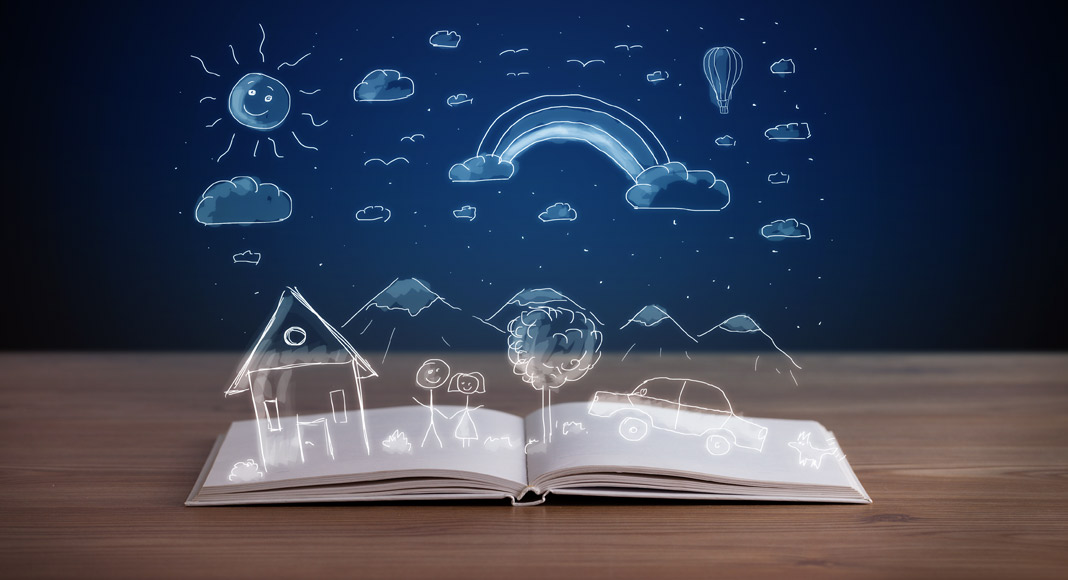 Making a character come alive through voice gives Chris Nichter a thrill. The accent, verbal ticks or even the way he pronounces (or mispronounces) words can tell you instantly about that character.

Chris worked in radio for over 33 years as a creative director, making commercials and promos. While he always enjoyed cartoons and doing voices growing up, during his time in radio he started developing some characters of his own. In the early 2000s, he began voice acting and started studying with a coach and attending workshops.

A Love of Character Voices Leads to A New Career

Creating a character’s voice is something Chris is truly passionate about.

“It takes me out of myself and I can be someone different. That’s the fun part of it,” he says.

Chris enjoys dreaming up new characters. Seeing the artistic direction given to him, he likes taking that information, mixing it with his inner creativity, and making it into a new person he can bring to life.

He also appreciates being able to be creative and building a character himself.

“I can be someone or something different, someone other than myself. I can be creative. It’s a creative outlet.” Finding the right voice and character for a project is a challenge, but one Chris finds rewarding and enjoyable.

Auditioning in Character and Molding Yourself During a Session

When it comes to auditions, Chris tries out many voices before he starts recording. Once he’s found a few he likes, sometimes he offers clients different variations of that character.

“As I read through the script, it kind of morphs into whatever character it becomes.”

When it comes to creating characters, he does have some ‘go to’ voices, but tries to change them up and tweak them a little. Originality comes into play as well. Chris says, “You don’t want to be a cliche of that archetype of that character.”

On the other hand, it can be a real challenge to create a character with little direction. “I don’t give a lot of thought to the backstory. Often you don’t get it [from the client], first of all.” He adds he’s more likely to consider the current situation or scenario the character finds himself in, and he puts himself in that scenario. “When is it? Where is it? How close are you to the person you’re talking to?” he asks.

It’s not uncommon for voice actors to have to think on the fly and call up their creativity at the drop of a hat – especially when they’re in the booth. From Paul St. Peter to Billy West, many notable voice actors have talked about the importance of listening to their intuition while finding a character.

For instance, Chris recalls several situations where he has auditioned with one voice, gotten the job, and then suddenly the vision for the character changed during the session.

When these challenges arise, there are a number of ways that voice actors might react to the pressure. On the one hand, you could become frustrated and upset (in which case, take a break if you can), but on the other hand, what Chris has found to be most effective is to take a positive approach. Specifically, he highlights the importance of flexibility. While some may find the idea of having to come up with a new character on the spot intimidating, Chris enjoys collaborating with the director.

“It may take some takes to get there, but that’s part of the process,” he says.

Ensuring Vocal Delivery is Consistent when in Character

Surprisingly, for someone who is passionate about using different voices, he likes doing documentary voice over.

“I love doing a documentary narration because it’s usually nice and slow paced, which is my pace,” he says.

Sometimes the two worlds collide when he’s asked to do a certain style of voice over that is character-like for a longer script.

While some might think it would be difficult to sustain a voice over a long period of time, it doesn’t concern Chris. When asked how he manages to stay in character for so long he notes the difference between being in character and just performing a voice.

“If you’re just trying to do a voice, yeah, you might slip in and out of it,” he says. But, if he stays in character he finds the voice remains consistent.

Bringing Characters into a New World

The creative process is unique to everyone, but there may be some similarities, or even areas of inspiration from another person’s story.

Whether you were always excited by the possibility of sounding like an entirely different person, or you began by impersonating others and that fascination blossomed into something all its own, being the voice of a character can be a collaborative, creative process. And for Chris, it’s all in a day’s work.

In 1998, after 17 years working in radio, Chris opened for business as “The Production Wizard” with his own studio, offering voice overs as well audio production services.

Needing to find an edge on the competition, he hooked up with a top-shelf voice acting coach, his mentor, Toni Silveri! Through her coaching and workshops, and some marathon Patrick Fraley workshops, he transformed myself from a veteran radio broadcaster and pretty fair voice actor to a truly world-class voice actor – those are other’s words, not his! He is now a full time voice actor as the “Voice Over Wizard”!