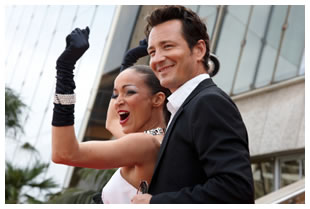 Some Tips For Celebrity Voice Matching

Has anyone ever told you that you sound like a celebrity?

Can you imitate famous cartoon characters?

Sounding like someone else, whether it’s a celebrity or a fictional character, can be a lucrative line of work. Not every celebrity has time to record smaller jobs for characters they have voiced.

With all of the opportunities out there in ADR (Automatic Dialogue Replacement), video game voice acting, GPS voice overs, ring tones, talking toys and more, it pays to have a talent for imitation and voice matching.
Being a sound alike or doing a voice match can be tricky. That being said, some voice matches are more complex than others.

Factors To Consider When Voice Matching

Some factors you need to take into account when doing a proper voice match include:

If you find that you have a similar voice type and are around the same age as someone, try and see if you can do their voice.
If you “kind of” sound like a celebrity, listen to their voice and study their speech patterns, vocal characteristics and mannerisms. When you add those to the mix, you can get an even closer match based upon more than just the quality and range of a voice.

Morgan Freeman sound alike, Larry Davis is someone you should know about. He’s hired to record Morgan Freeman-style voice overs on a regular basis.

Something we ought to acknowledge is that doing a voice match doesn’t just mean being able to do signature phrases in the style of a person or character. You’ve got to be able to speak as that character for the duration, regardless of copy or anything else. One way that Larry is able to get into his Morgan Freeman voice is to start with a particular phrase. Once he has said that phrase, he is able to change gears completely and maintain the voice match.
Here’s an interview with Larry Davis following the VOICE 2010 conference:
Interview with Morgan Freeman Sound Alike, Larry Davis

If you had to pick just 3, which do you think are the most difficult celebrity voice matches to do? Looking forward to hearing from you!
Best wishes,
Stephanie
Â©iStockphoto.com/Gary Martin